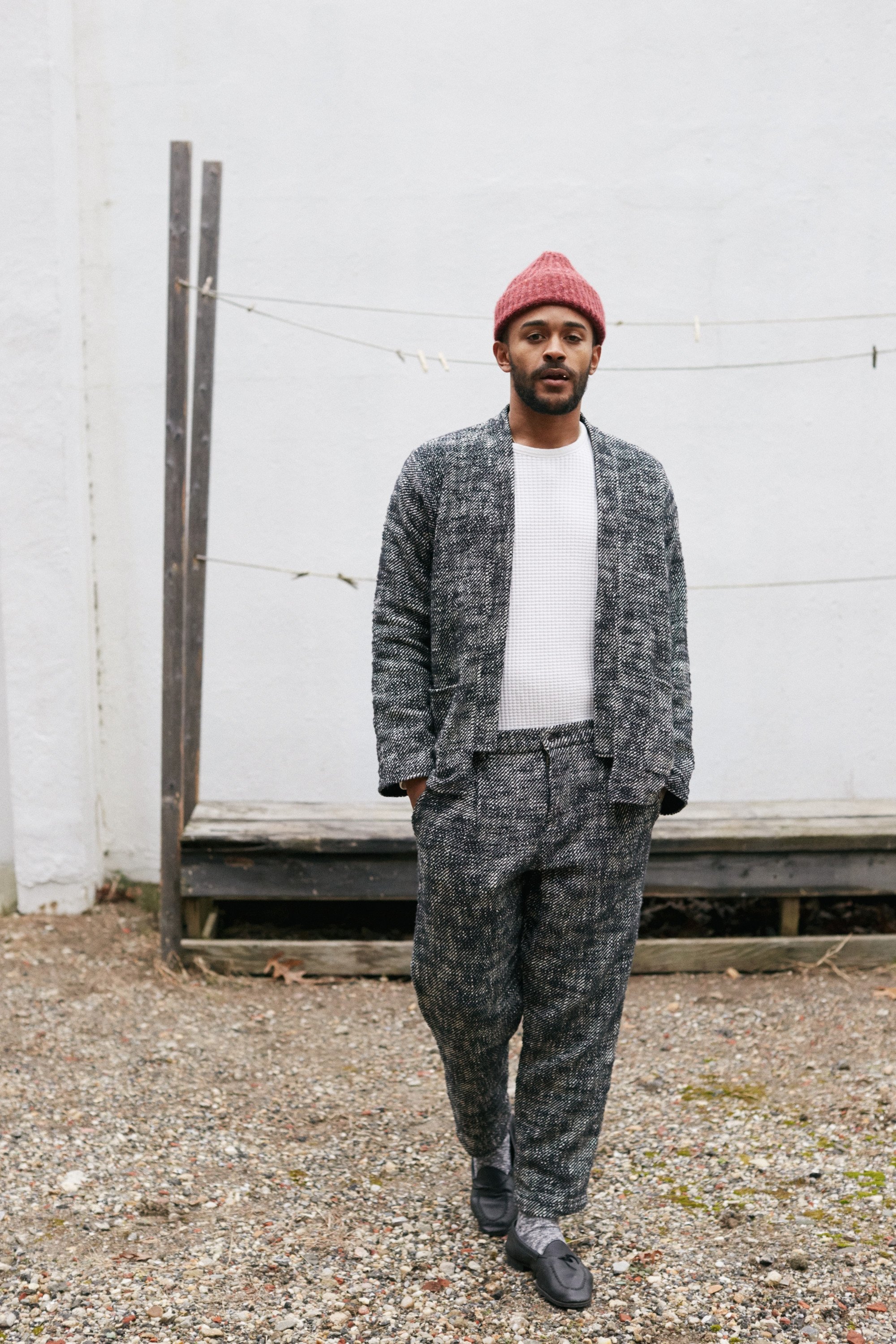 Some designers and brands are betting that men are ready for a new kind of suit. The generation of men who’ve entered the workforce in recent years may be the first where the expectation that they wear a suit to the job interview, let alone the office every day, is low. The garment that was the standard for men at (white collar) work for decades is, for most, obsolete. I’m not making an argument against suits, just stating a broad truth.

As business casual took over offices in the 1990s, suit sales broadly declined, only to be buoyed in the 2010s by renewed taste for tailoring. Guys (maybe you know one) didn’t have to wear tailored clothing, but they wanted to. Rather than wearing it out of obligation and in settings where the intent was dressing up, they were wearing suits more casually. And tailoring has moved to meet the market — softening shoulders, broadening fabric selection, and increasing custom options.

But as popular tailoring designs became more casual (patch pockets!), some designers who don’t make traditional suits have been offering quasi-suit options. Rather than deflating a traditional lounge suit of its formality, the new suits are more like casual clothing shoved suitward. They don’t necessarily have the guts of traditional tailoring–canvassing, padding, worsted and flannel wool fabrics.

The marketing for these “suits” does not acknowledge the existence of an office. There’s a word I’m tempted to use to describe them, but as Stephen Malkmus once sang, “A leisure suit is nothing to be proud of in this late century.”

The examples I’m thinking of are from brands like 18 East, Older Brother, and Ijji. This fall, Antonio Ciongoli, who made terrific casual suits when at Eidos, released what he called an “eastern suit” — a cardigan or kimono style jacket in woven fabric (corduroy or a rough-textured cotton) matched with almost pajama-like trousers in the same fabric. It’s not something I’d wear to a desk job, but it’s an interesting option for occasions that I’m not really cool enough to get invited to, like the wedding of a promising visual artist and a documentarian held after hours at a restaurant that doesn’t take reservations. 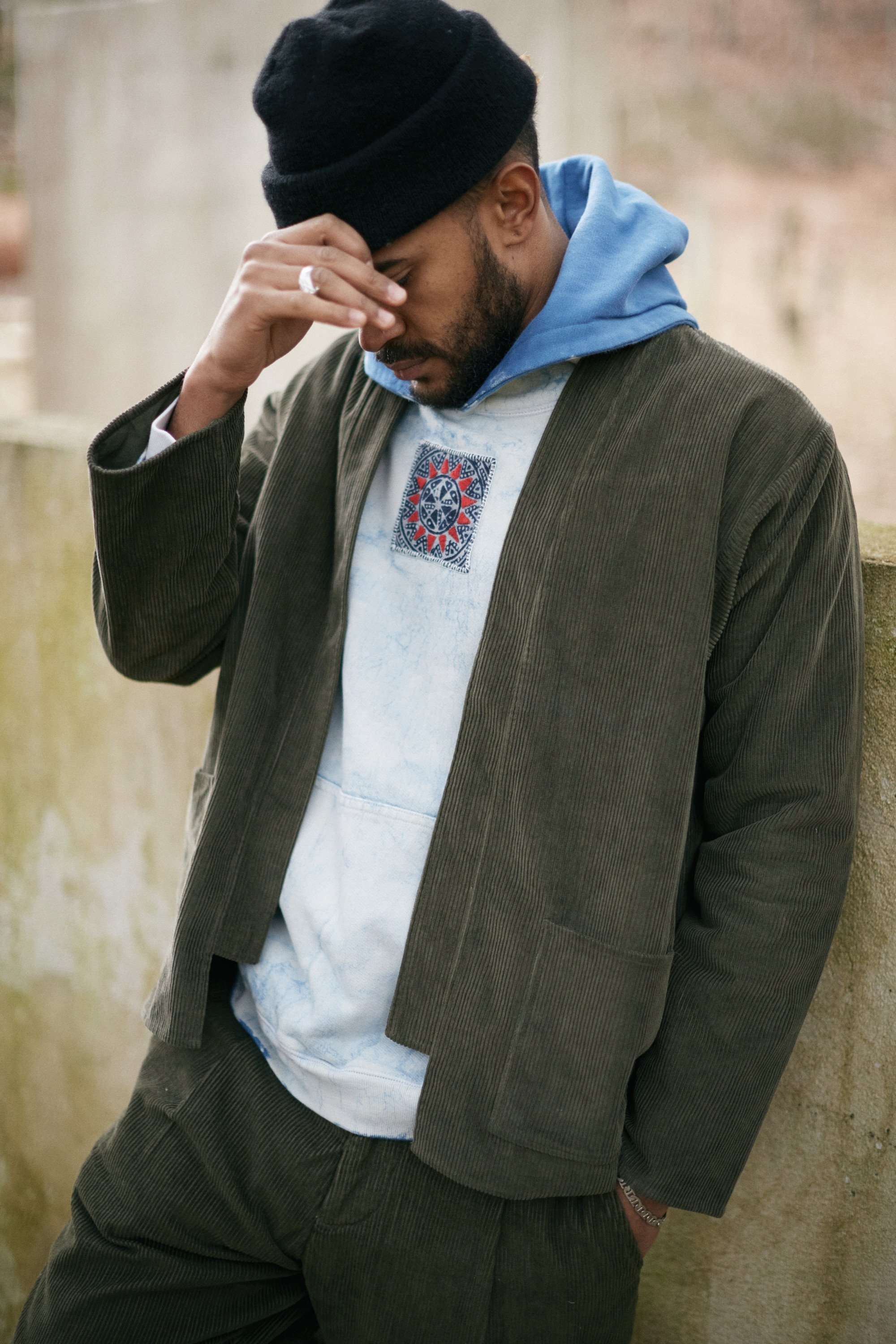 Ijji and Older Brother make unisex clothing (OB calls it “universal clothing”) that calls to mind 1970s California — the spiritual home of the original leisure suit. Ijji, the name of which draws on the Japanese word meaning “easy pants,” makes drawstring pants and simple, patch pocket work jackets in the same fabrics, which together can be worn as a suit. There is admittedly a slight cult-y vibe to wearing dyed to match cotton clothing, but there’s some appeal in the idealistic simplicity of a tonal palette. Their pants have a drawstring and high rise. A lot of these clothes remind me of the costumes for the 2013 film Her, which costume designer Casey Storm has said were intentionally done in simple cuts and natural fabrics:

All the costumes in the film are things someone could be wearing now, but we don’t have any denim or belt buckles or ties or baseball hats. We barely have a collar or lapel. The waist lines are all higher.

The workwear roots of the brand bridge the conceptual gap a bit between “suits” and “uniforms.” 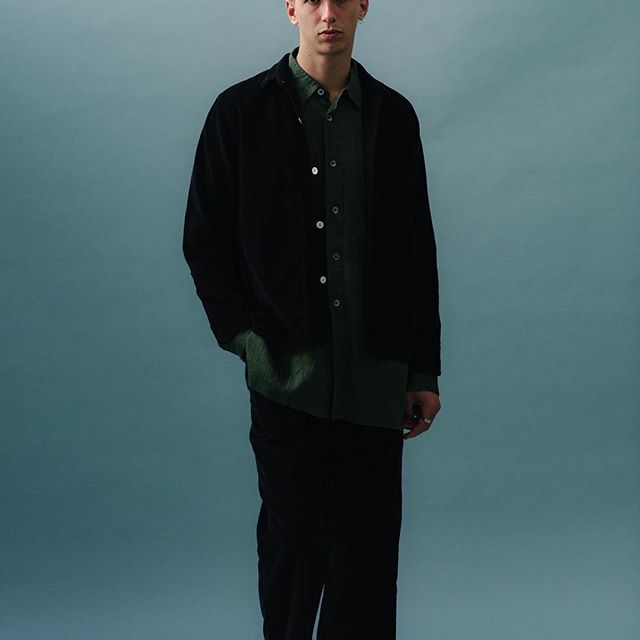 Older Brother and Others

Older Brother’s sustainability-focused, slightly hippie pitch is almost utopian (if slightly cornball) — they tout a “farm to body” philosophy and the healing power of the mushrooms they use in their dye. But the clothes themselves look pretty great. They have made a suit jacket with actual lapels, but have also made cardigans and pants in the same fabrics for another version of this “suit.” 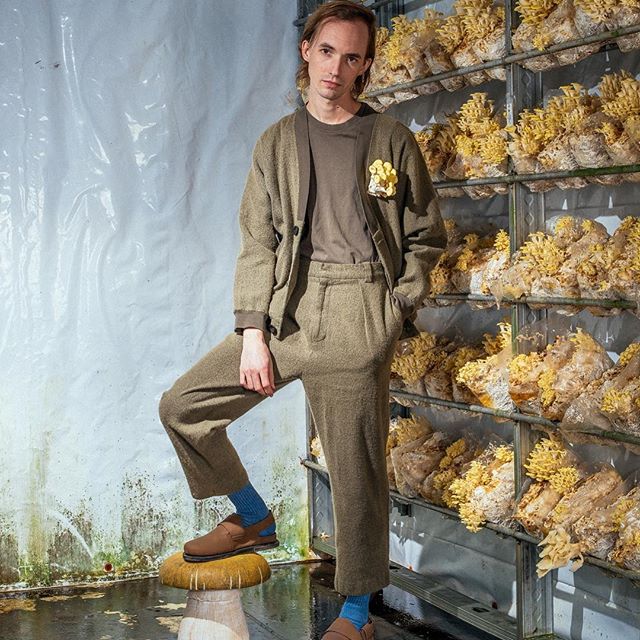 None of these brands officially sell their clothes as a suit, and for me part of the appeal is actually in the value of the items as separates. First of all, these are generally cheaper than traditional tailoring, which makes sense as the construction is simpler. Secondly, while I might not wear the pieces as a suit often, they’re interesting enough on their own that if you bought, for example,  18east pants, it might be worth buying a jacket as well; then you have the suit option.

Other lines that come to mind that have for a while made same-fabric tops and bottoms that could conceivably be a suit are Engineered Garments (technically I own a ripstop “suit” from EG–they make some traditionally shaped jackets but with un-businesslike silhouettes) and Craig Green, whose quilted jackets and pants are pretty striking in his runway shows, and who also draws a lot on the concept of uniformity. 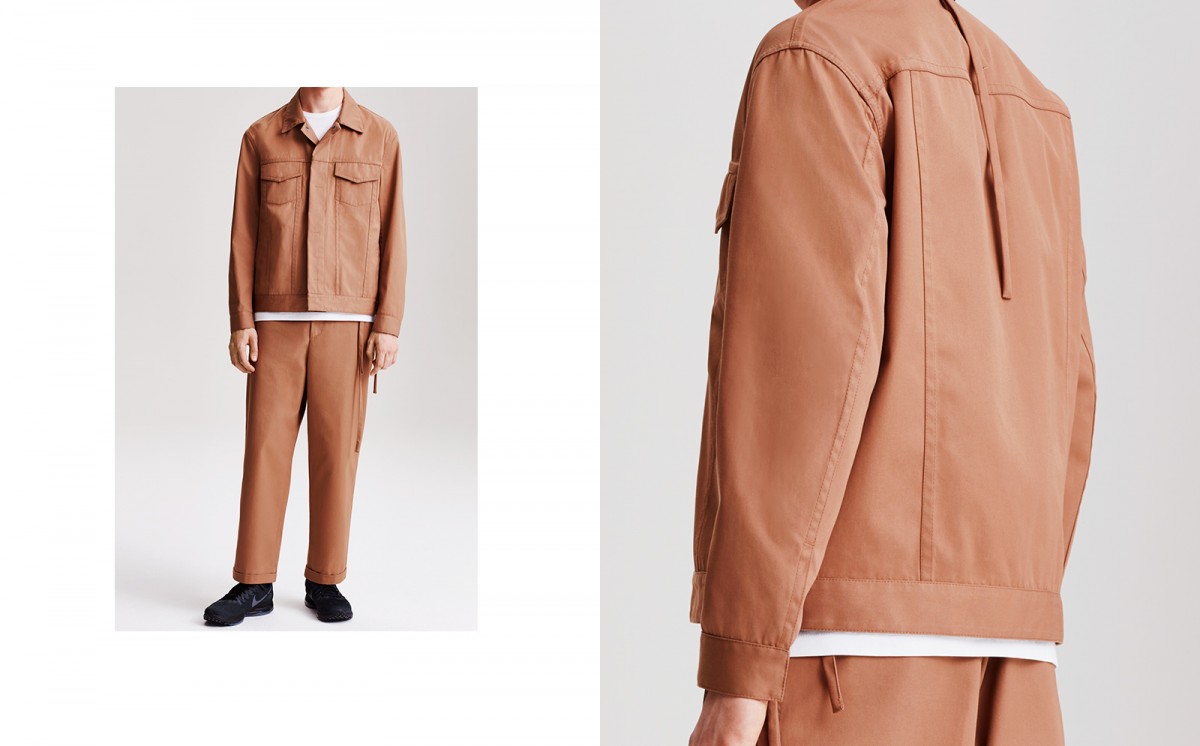 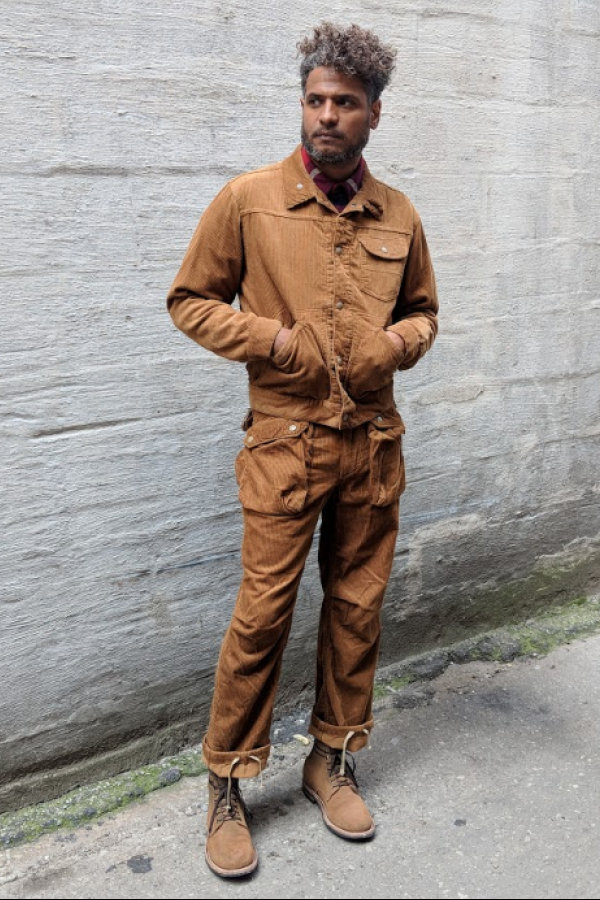 Engineered Garments has for a decade or more made tops and bottoms in the same fabrics.