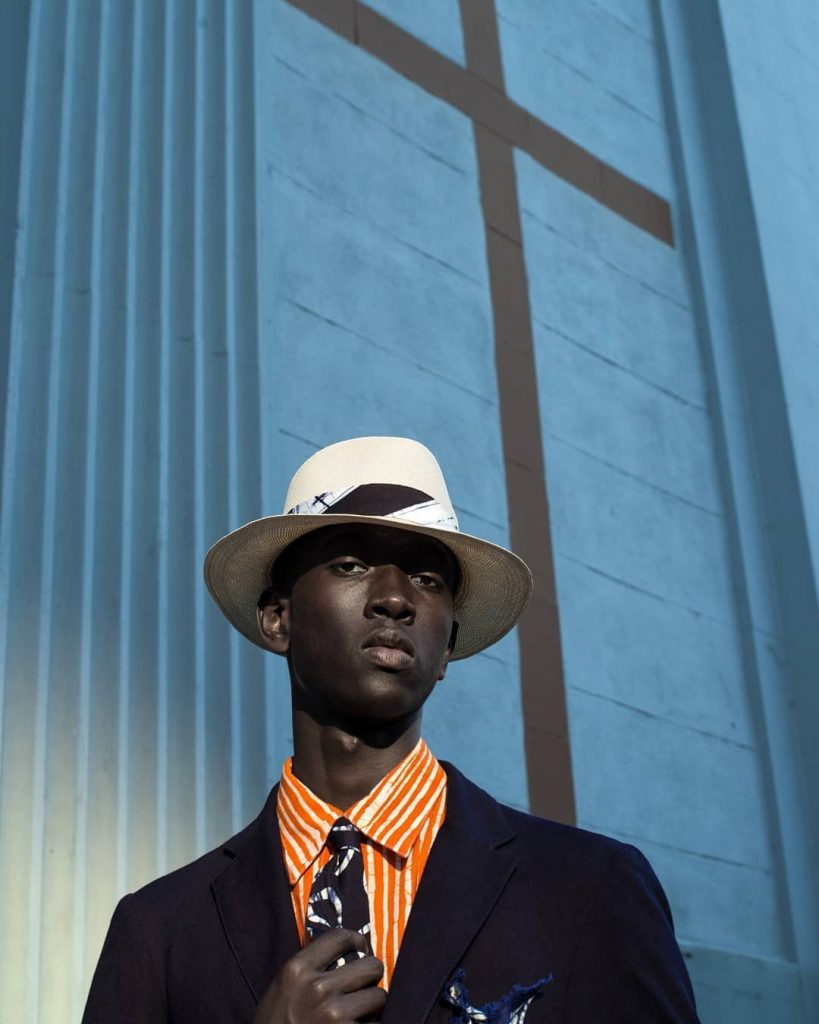 On a Wednesday night earlier this month, Twitter user Villianandeve tweeted: “fuck it, Black-owned candle companies: a thread.” The phrase “fuck it” has become a meme on Twitter, where it’s used to preface something random and whimsical, such as photos of cats in socks or ferrets wearing berets. Villianandeve’s tweet, however, came about a week after the death of George Floyd. In the last month, as Americans search for answers on how to address racism, “support Black-owned businesses” has become one of the more prominent messages (possibly because it’s easy to act upon).

Villianandeve’s tweet threaded a list of sixteen Black-owned candle companies. So far, it’s racked up more than 455k likes and 152k retweets. Even the retweets went viral. “White women, we ALL know you love candles get tf on it,” tweeted comedian Marcella Arguello. In the weeks since, the Black-owned companies featured in that thread have seen their businesses boom. “We received over a 1,800% increase in sales in the first week of June,” Bright Black co-founder Tiffany Griffin tells me. To manage the orders, Bright Black has hired three new part-time employees, increased the number of their shipping days, and paused all full-size candle orders until they catch up on their backlog (discovery sets are still available). Even black-owned candle companies not featured in that thread, such as jazz-inspired Olphactory, have seen new customers come in through organic Google searches.

A similar wave of support has come through in the fashion industry. In the last month, roundups of Black-owned brands have spread like wildfire. GQ, Vogue, and Highsnobiety have all published lists of their favorite businesses (we also did one for companies that we think fit Put This On’s usual recommendations for clothing and style). The Strategist posted an article featuring a whooping 138 brands. One Esquire headline read: “If You’re Saying Black Lives Matter, Then Spend Your Money at Black Businesses.”

Companies featured in those lists have seen a massive uptick in traffic and orders. X of Pentacles, a Virginia-based menswear brand specializing in classic tailoring and accessories, received a 2,000% increase in visitors in the first week of being mentioned at GQ. Nearly all the orders that week also came from a GQ referral. “Being self-funded and run, I typically rely on sales to help me put the next batch of products into production,” says company founder Marcel Ames. “This has always been a catch 22: I need exposure to get sales, but I also need sales to pay for exposure. The recent campaigns from various outlets have helped tremendously with this.”

Most of those orders were for X of Pentacles’ affordable accessories: handsewn ties and pocket squares, which feature modernist motifs in vivid colors (the company’s pocket squares are on sale right now for just $35). In surveying various Black-owned brands, we found that the companies that did the best tended to specialize in more affordable items — things such as pockets squares and t-shirts, rather than full-canvassed suits or intricate outerwear. Philadelphia Printworks, for example, has seen an influx of support from both new and old customers. They specialize in DIY-styled, screen-printed t-shirts that feature various social justice messages, including ones that touch on Black empowerment, feminism, and trans rights. Last month, they did a vintage-styled Juneteenth ringer tee in collaboration with BLK MKT Vintage, an NYC-based shop for Black artifacts, collectibles, curiosities. The t-shirt has since sold out and there are dozens of requests on Instagram for a restock.

Nigerian-born designer Niyi Okuboyejo has also seen a shift at his company Post Imperial. Shortly before being included in various roundups, he was busy organizing pre-orders online for summer shirts. Made in Kenya using Nigerian-dyed fabrics, his camp-collar shirts exude the cheerful attitude of summer with their bright, bold prints. They perfectly fit this moment, not just in terms of their style, but also cultural meaning.

“We’re not a big company,” says Okuboyejo. “Large companies can pay for people to do complex sale analyses and projections. For us, there’s a lot of guesswork when we do a run. Instead of guessing how many units will sell, however, we can do a pre-order online, which guarantees sales and minimizes risk. As I was opening up pre-orders on my site, that’s when the ‘support Black businesses’ movement started. From there, I’ve had to reopen the pre-order window three times — I may have even to do it one more time.” So far, Post Imperial has sold about 200 shirts at $235 apiece.

In the last month, streetwear brands such as Online Ceramics, Fear of God, and The Hundreds have raised money for BLM-related charities through the sale of graphic t-shirts. As consumers are looking for ways to rep a message and donate money, brands have harnessed this interest to redirect consumer dollars to political causes. Streetwear giants Supreme and Brain Dead have also raised $500,000 each. The podcast show Throwing Fits has raised nearly $100,000 through direct donations, anonymous matching, and by raffling off tickets for exclusive 18 East merchandise. No Man Walks Alone, similarly, set up a 100% donation matching program of up to $10,000 per year (that goal was met almost overnight).

The internet has made organizing such campaigns a lot easier. Philadelphia-based brand ALLCAPSTUDIO and New-York-based 18 East came together for the cause a few weeks ago to release their “Silence is Violence” t-shirt. Saeed Ferguson of ALLCAPSTUDIO said the collaboration came about naturally given the two’s long time relationship. “We wanted to spread as much awareness of what’s happening as we possibly can,” he says, “and that’s when I think it’s powerful for companies to collaborate and push these messages as far as they can.” Over three short days, the two sold about 4,000 t-shirts through pre-orders, which resulted in nearly $190,000 in sales. 15% of that money will go to production, another 15% towards shipping. The remaining 70% (about $132k) will be donated to the Philly Community Bail Fund and NY COVID Bail Fund.

Jeremy Smith, a co-founder of the Oakland-based workwear boutique Standard & Strange, says he’s seen customers react positively to the store’s more outspoken social media messages. “At the start of lockdown, we committed to 2% of revenue to direct action for those impacted financially by COVID, such as food banks. When the BLM protests started, we pivoted to an activist stance, and rerouted all 2% donations to ACLU for May. We also did a ‘buy-nothing, donate instead’ email. About a handful of people have written us angry messages, saying we suck or that BLM is a terrorist organization. But that tends to be from people who haven’t actually bought anything from us. From actual customers, the response has been overwhelmingly positive.” Last week, Standard & Strange released a specially designed t-shirt to help raise money for Marsha P. Johnson Institute, an organization protecting and defending the rights of Black transgender people.

Smith says that, instead of losing customers because of their new political messaging, he’s seen more engagement and greater loyalty. “Internally, the conversation has always been ‘how do we maximize the good we can do with this platform we’ve built,'” he says. “But we now also get emails like, ‘I haven’t bought from you before, and now I will.’ During the early weeks of the pandemic, we went flat on our year-over-year growth. As we leaned into our cause-based message, we’ve starting accelerating towards our usual 40% YoY pace again.”

Similarly, The Robb Report recently published an article on how No Man Walks Alone is “fast becoming a leading example of ethical menswear.” In their five-point plan to support racial justice causes, which includes donations and mentorships, No Man Walks Alone is pledging to buy at least 15% of their seasonal inventory from Black-owned brands. They also pledge to spend at least 15% of their marketing budget to promote those brands.

This commitment is part of the 15% Pledge campaign. Aurora James, the founder of the 15 Percent Pledge and accessories label Brother Vellies, says that an estimated 40% of Black-owned businesses won’t survive this pandemic, which is more than any other racial group. Black entrepreneurs have a harder time securing the loans they need to expand. When they manage to obtain a credit line, they often face higher interest rates. To help counter these disadvantages, James is calling on retailers to sync shelf space with the corresponding Black American population data. So far, the major retailers who have signed on include Rent-the-Runway and Sephora, along with a host of smaller boutiques such as No Man Walks Alone.

“Major retailers turn a blind eye to Black-owned businesses simply because they don’t have the financial power to expand as other businesses do,” James explains. “The support from these major retailers will help these brands grow when they seek outside investment or when they are walking into a bank. We’re asking companies to rethink their business strategy and business relationships so they fairly represent the Black community on their shelves. What we are not asking is for these companies to buy random products just because they’re Black-owned. We are just asking big businesses to invest in the future of the Black community. Many Black people choose to spend money with these businesses, their stores are set up in our communities, and their sponsored posts are targeted at us. If they value our money, then value us and show us that we are represented.”

Okuboyejo says wholesale channels are an important way for Black-owned businesses to develop and grow. “People say wholesale is dead, but I don’t believe it,” he says. “It’s like how people said the album is dead, but it’s not happening. Wholesale is a way for you to find new customers and expand your market. I think of it as a marketing expense, to some degree. Getting into stores means you can get in front of customers who may not have even heard of you.”

The 15% Pledge can also be a way to build support for Black-owned businesses that aren’t as well plugged into the internet. So far, the “support Black businesses” campaign has mostly favored those companies that have Shopify stores and deliverable goods. “I worry about those who don’t own businesses or aren’t as easily accessible via the internet,” Pugh told Teen Vogue. “I hope that this influx of capital is followed up with policy.” Pugh urges consumers to “shop small, shop local, and shop with minority-owned businesses.”

Okuboyejo cautions, however, that this shouldn’t just be about shopping. “I hope that this ‘support Black businesses’ doesn’t become a way for people to cover up their guilt. It shouldn’t be that you support Black businesses, and then you feel like you’ve checked off a box, and racism is solved. I don’t believe in addressing issues with capitalism. However, if you support a Black business, you can see what our world is about. Maybe we can see what we can do from here. Anyone who comes on will part of the communities we want to build and the futures we want to create.”