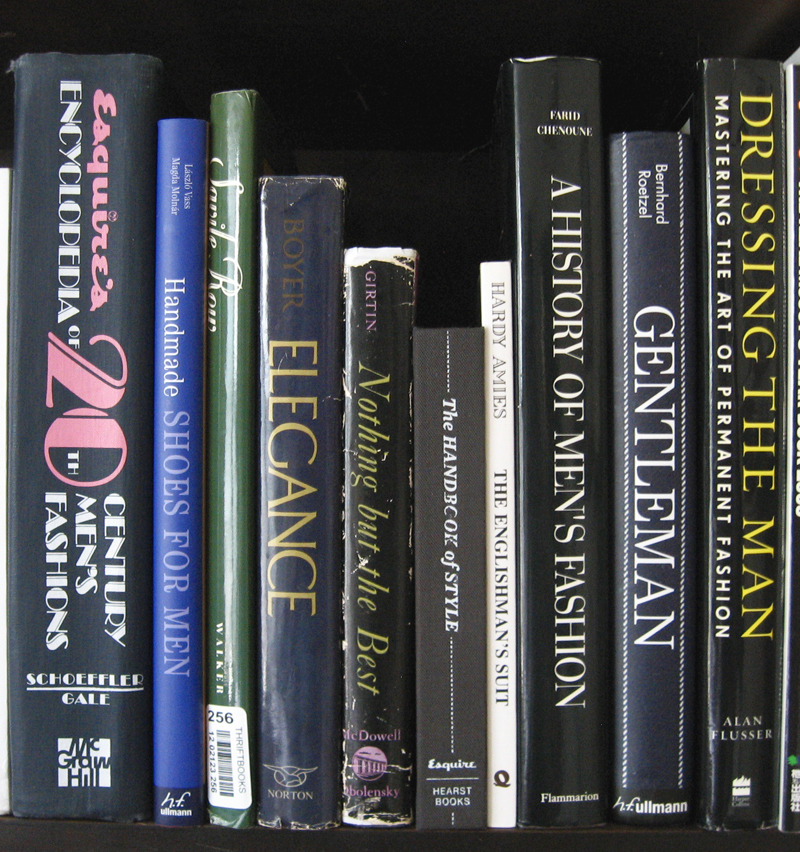 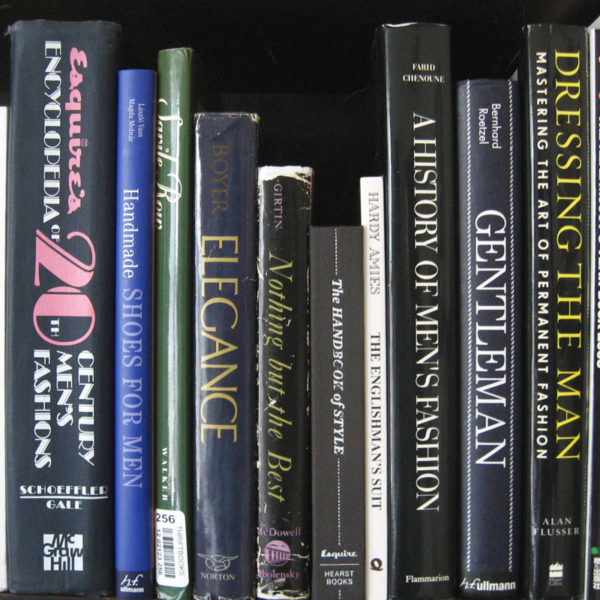 There are a ton of books out there about menswear. Some good, some bad, some redundant if you’ve read “the classics.” Here are ten that I think are particularly worth reading, broken up into three categories.

If you only want to learn how to dress well, and aren’t interested in menswear as a “subject” per se, then there are three really good books worth owning.

1. Dressing the Man: Mastering the Art of Permanent Fashion by Alan Flusser. Arguably the best introductory book written so far on the subject of classic men’s dress. This basically covers suits and ties, and all the things that surround that world.

2. Gentleman: A Timeless Guide to Fashion by Bernhard Roetzel. Somewhat similar to Dressing the Man, but with more information about accessories and lifestyle products. It’s also written from a more Western European point of view (rather than American). There are two editions of this book, both of which are very similar to each other. If money isn’t an issue, I recommend the latest.

3. Handbook of Style: A Man’s Guide to Looking Good by Esquire. The two books above are mostly about how to wear a jacket and tie (in a classic way). Esquire’s book is partly about that, but it also has information about things such as jeans, sneakers, and sunglasses. This is a really practical “modern” guide if you’re not the type to wear suits and sport coats often.

Honorable mention: Nicholas Antongiavanni’s The Suit is also really good, but I wanted this post to be titled “Ten Great Books About Menswear,” not “eleven.” I think the aforementioned three titles are more easily recommendable than The Suit mostly because they have pictures. People like pictures.

If you consider yourself a menswear enthusiast, and enjoy learning about the subject beyond just how to wear clothes well, here are five excellent titles for you.

4. Handmade Shoes for Men by Laszlo Vass & Magda Molnar. One of the best books available on how high-end men’s shoes are made.

5. Elegance: A Guide to Quality Menswear by Bruce Boyer. I suppose this is partly about how to dress well, but there’s also some great history in here. Bruce Boyer has written some of my favorite books and articles on this subject, and I think you could pick up anything he’s written and enjoy it. I personally like Elegance, Eminently Suitable, and his essays at Cigar Aficionado the best.

6. Savile Row: An Illustrated History by Richard Walker. Many, if not most, books about Savile Row are little more than picture books with recycled press releases. Richard Walker’s book, however, has real research.

7. The Englishman’s Suit by Hardy Amies. A short history on Western dress and how it tied in with developments in the English aristocracy.

8. Nothing but the Best by Thomas Girtin. I just started reading this, but it’s very good. Basically a history on English craftsmen, at least the ones that traditionally served the English aristocracy. The same book, more or less, was published in England under the title Makers of Distinction.

Similar to the previous category, these two titles are for the enthusiast. I’m only putting them separately here because they’re extraordinarily expensive (roughly between $200 and $800 when you can find them). They are, however, exceptional, and if you’re really obsessed about the subject, I think they’re well worth the asking price.

9. A History of Men’s Fashion by Farid Chenoune. A 250-year history of men’s fashion, with a bit more information about France than you might find elsewhere.

10. Esquire’s Encyclopedia of 20th Century Men’s Fashions by O.E. Schoeffler and William Gale. One of the best books ever published on this subject. It goes through almost every change in men’s fashion from 1900 until the 1970s, and is written is as much detail as you could ever hope for.

To purchase any of these books, I recommend searching on DealOz or BookFinder. Either site can lead you to the best possible prices at the moment. They’re not perfect, however, so you may still want to Google and eBay around.