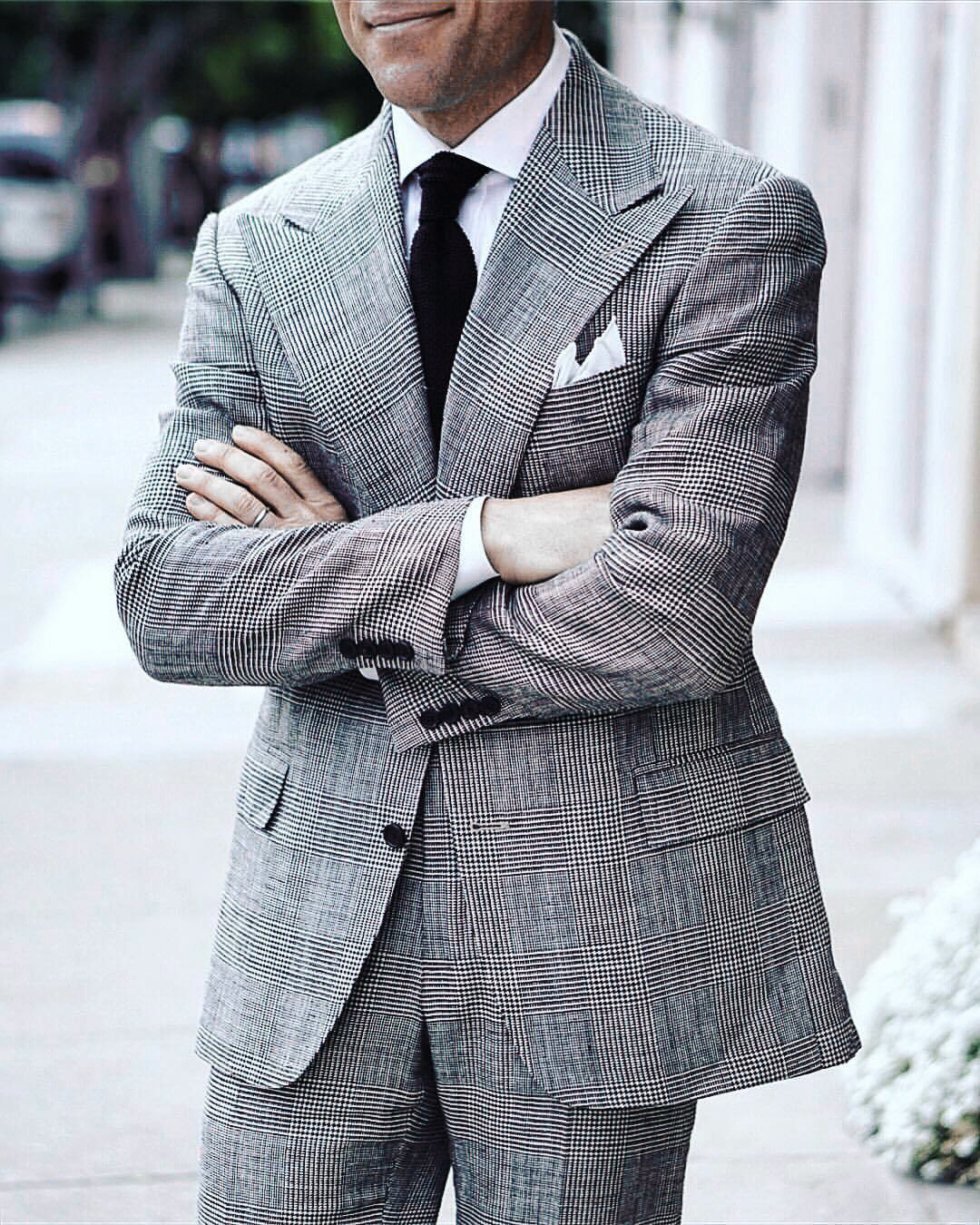 In 1992, I started going to thrift stores with an older buddy of mine, Sean Compton, with whom I’m still friends. At the time, ’80s style had overstayed its welcome and we were looking for something different, so we raided the racks for slim-fitting ’70s shirts with big collars and funky prints. A far cry from the poofy shirts with wimpy collars that we had seen for the past decade, they also struck a familiar chord in our memory, nostalgically reminding us of our even younger selves from years past, simultaneously old and new. Plus, they were all we could afford as poor teenagers.

Just a few years later, Tom Ford released his first menswear collection, which mined the same era and updated it for the 90s.  Wide lapels adorned square shoulders with nipped waists, worn with ribbed turtlenecks or crisp shirts with long pointed collars unbuttoned down to the navel, with patent leather bit loafers in jewel tones. “It was one of my favorite shows of all time,” recalls Jim Moore in his book Hunks and Heroes. “I still have goosebumps thinking about it […] It was sexy and seductive and a bit ’70s […] he really made us think that we were in a new era.  This is one of those great moments in fashion history.”

In the last few years, ’90s style has come back into menswear with full force. Silhouettes are loosening up, streetwear has seen a resurgence, and Aime Leon Dore made waves earlier this year with their take on ’90s street style. But much forgotten is the era’s take on ’70s style, not as an exact replica but as a toned-down version of a wilder decade. If you’re thinking of revamping your wardrobe, consider the ’90s — and ’70s — for some inspiration. Here are a few ideas to get you started. 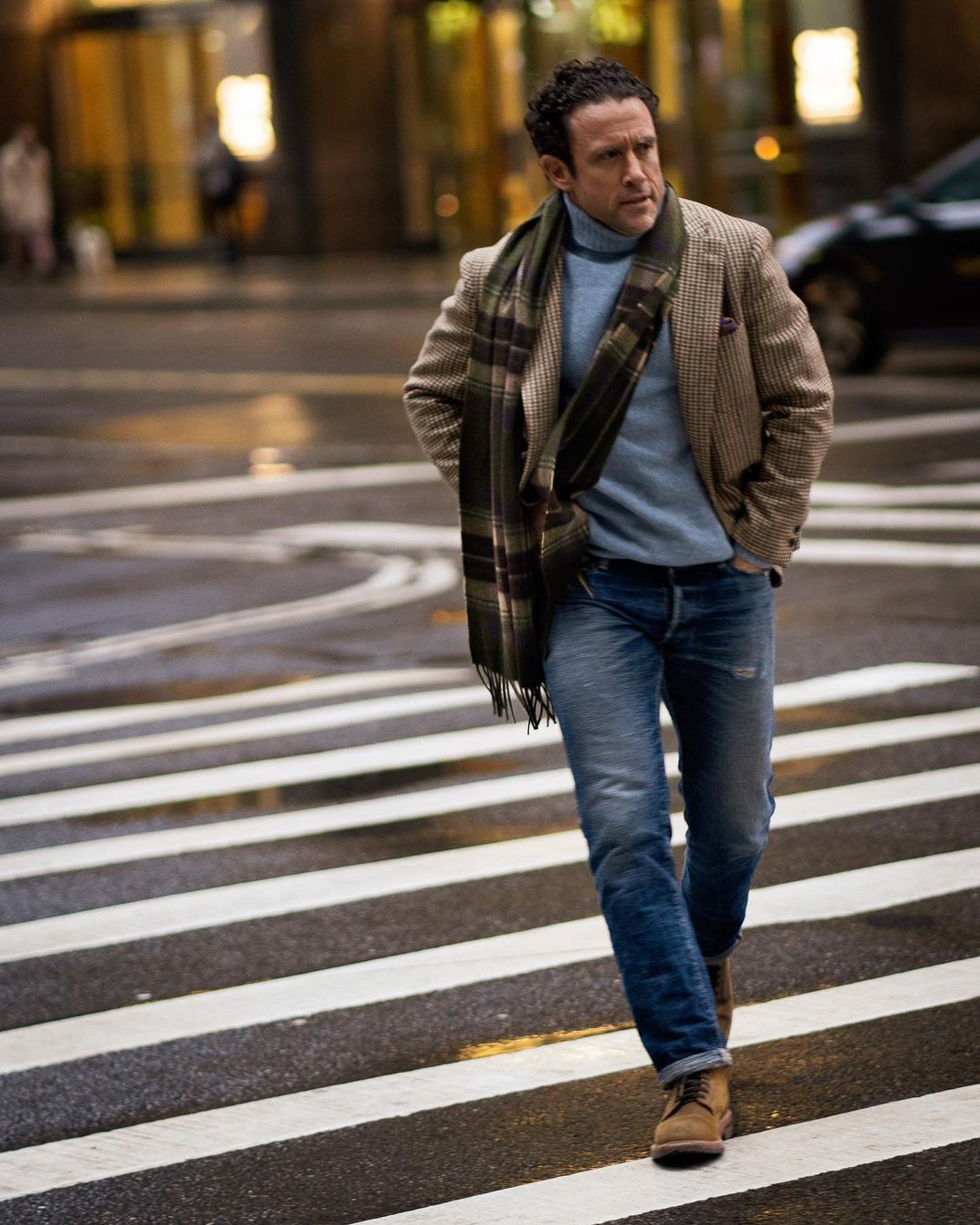 If you’re thinking about getting another suit or sport coat, consider ditching the narrow lapels that have adorned hangers for the past twenty years. Generally speaking, notched lapels should finish about halfway between the chest opening and the shoulder seam, so try something along these lines. More and more brands are offering wider lapels, which when combined with a slightly elongated shoulder line, gives the illusion of the classic V-shaped silhouette that looks good on practically everyone. If you’ve got deep pockets, Tom Ford has plenty of options (although you could go bespoke at those prices), and Polo Ralph Lauren offers a jacket or two with wider lapels every season, and every now and then, you can find them second hand on eBay. Suitsupply also has a model this season with wider lapels. 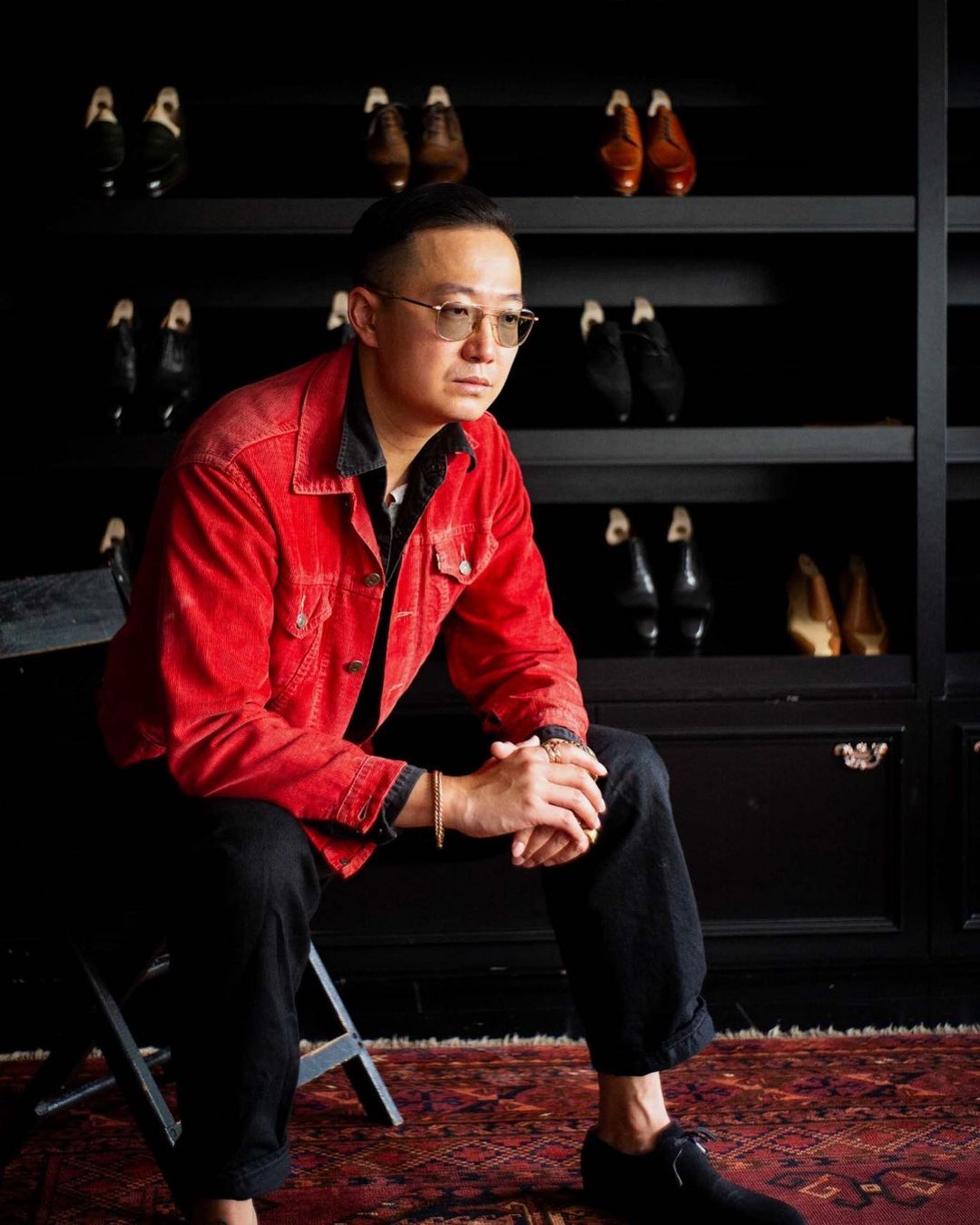 Small collars go with narrow ties and skinny lapels, so if the suit lapels are getting bigger, the shirt collar should too, at least a bit. You can’t go wrong with a semi-spread with points long enough to reach to or beyond the lapel; this is the **chef’s kiss** of any elegant coat and tie ensemble. If you’re going without a tie, try a straighter collar worn open a button or two, and try it with a different jacket, such as a bomber. I love Bryceland’s Western shirt, which has a slightly longer spearpoint collar and comes in denim, plaid, and multi-colored twill. It can easily be worn with a suede trucker, a tweed suit, or even just on its own with a pair of jeans. For some of that ’90s style, check out Brad Pitt’s outfits in Ocean’s Eleven, or take the Wayback Machine for some ’70s inspiration in Donnie Brasco. You don’t have to go all Jonny Depp, but if you did, you’d look pretty awesome. 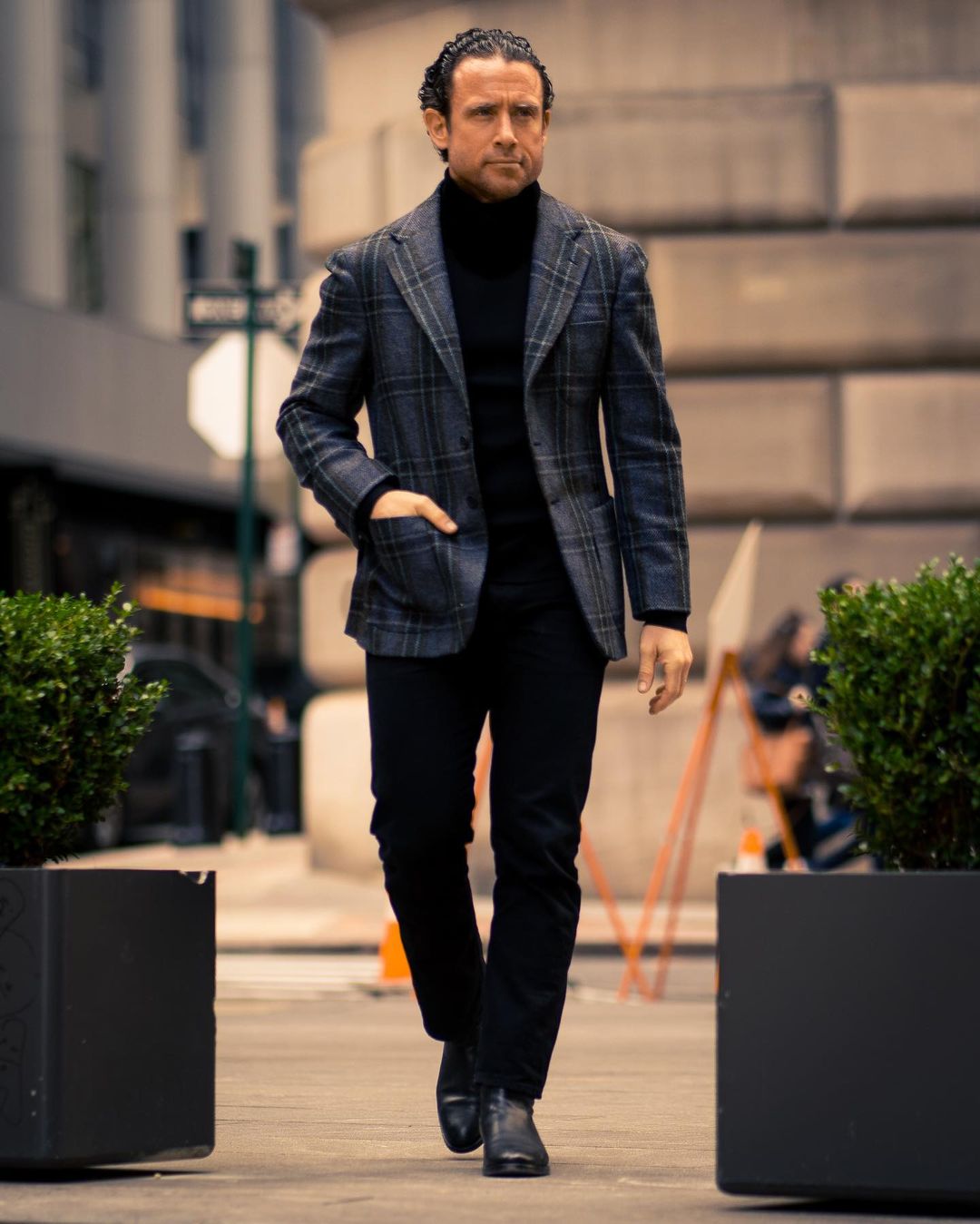 As Derek quoted me in this and this article, I’m a big fan of turtlenecks. Why? The main reason is that they’re flattering. As the sweater equivalent of a collared shirt, it frames your face. You could wear one under a suit, a sport coat, an overcoat — really, any time you’d wear a regular collared shirt. And as the temperatures in the Northern Hemisphere are starting to dip, there’s no better time to invest in one. Just Google “Lebron Tom Ford” and you’ll see why turtlenecks look so good. Or check out Esquire’s article that spans decades of cool guys wearing turtlenecks. 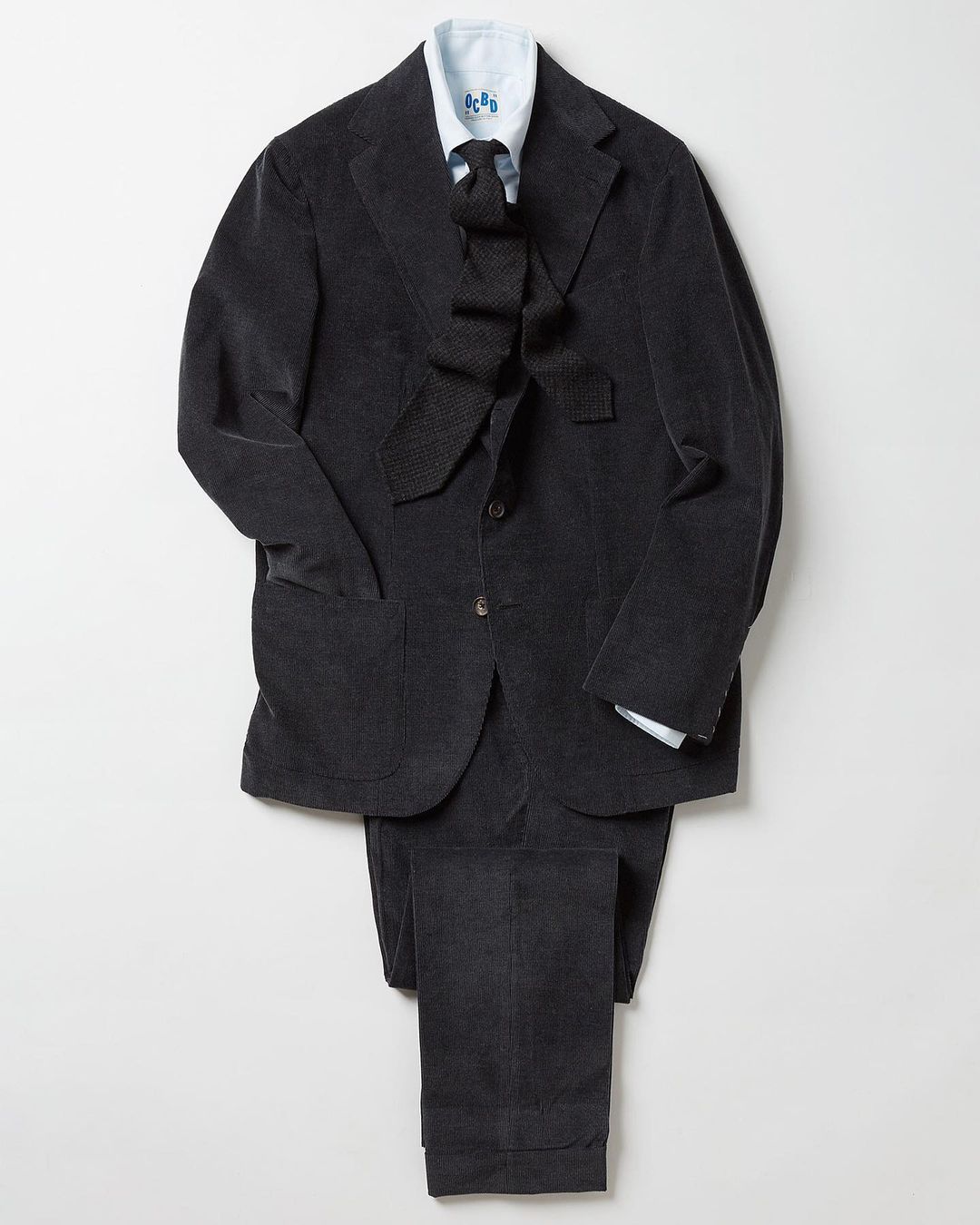 Let’s be honest: corduroy is really just velvet’s nerdy little brother. If you’ve got the confidence, go ahead and rock that velvet; for the rest of us, there’s corduroy, which is still cool. Five-pocket corduroy pants are as easy to wear as jeans, but you can find sport coats and suits in corduroy, which look best when a little beat up and worn casually with an open chambray shirt or—you guessed it—a turtleneck. Drakes has a really nice wide-wale blazer that can be worn with practically everything (but really with jeans), and Anglo-Italian has a charcoal suit in a thin-wale that can be paired with monochrome accessories for a subtle look, or a sweater in whatever color you fancy.