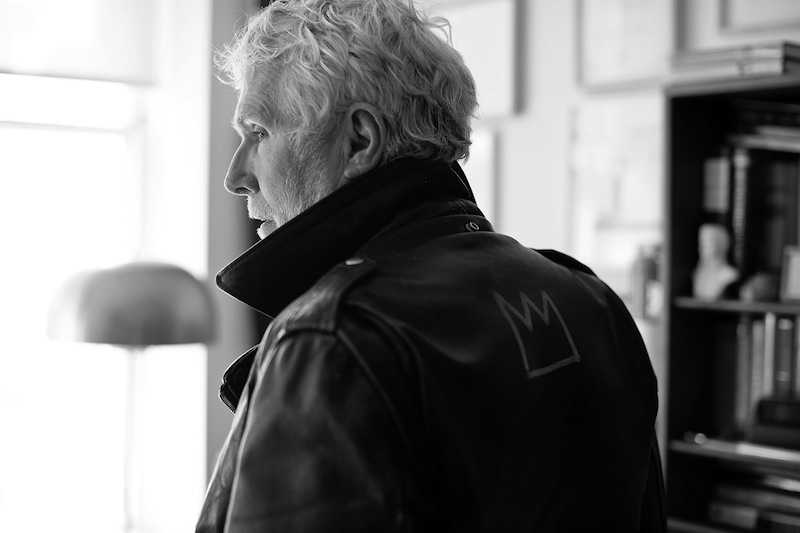 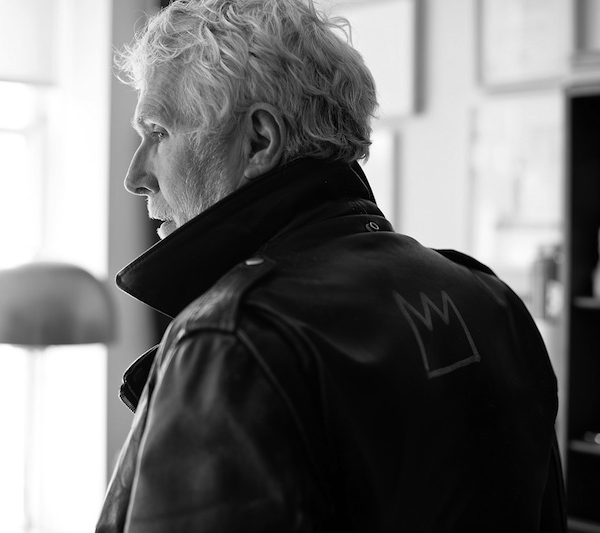 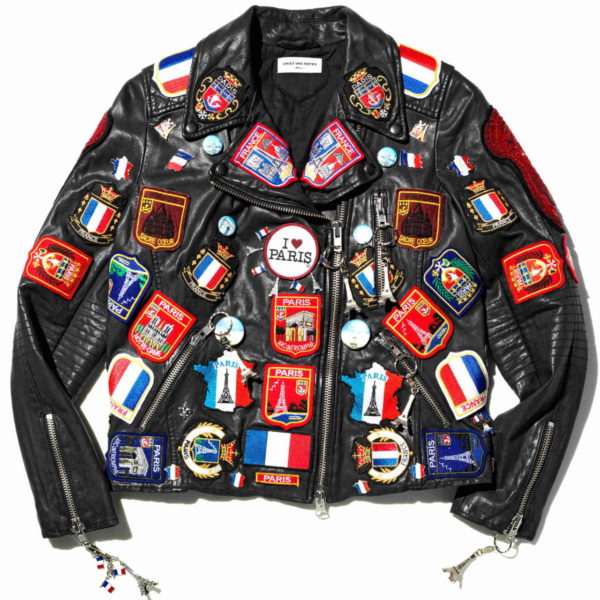 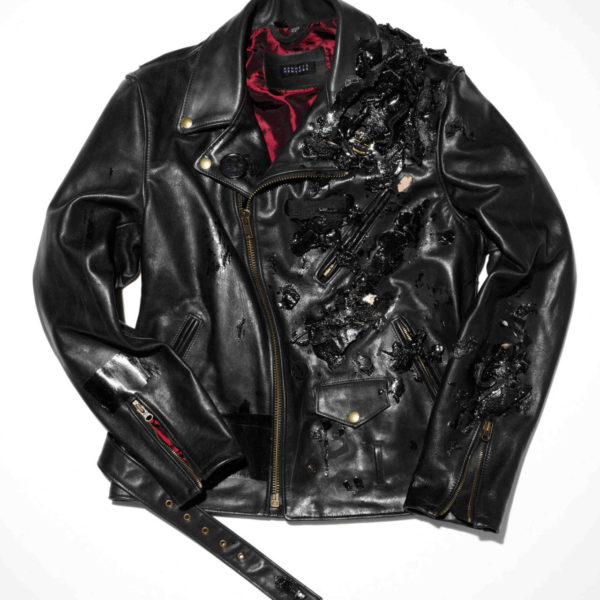 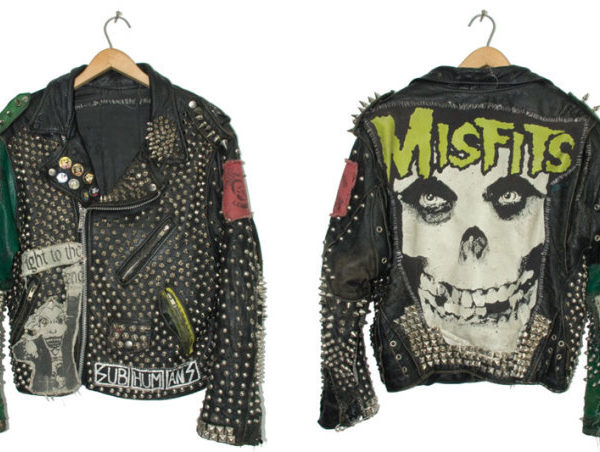 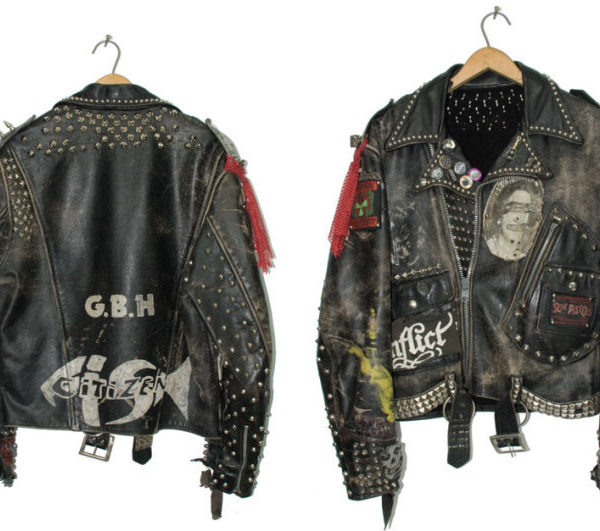 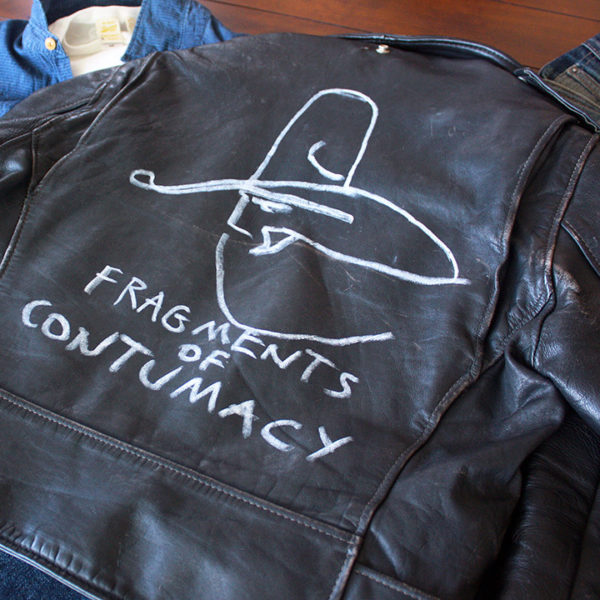 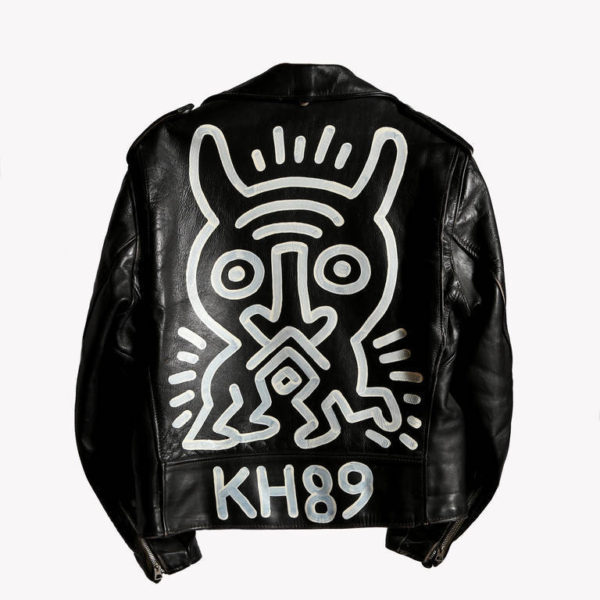 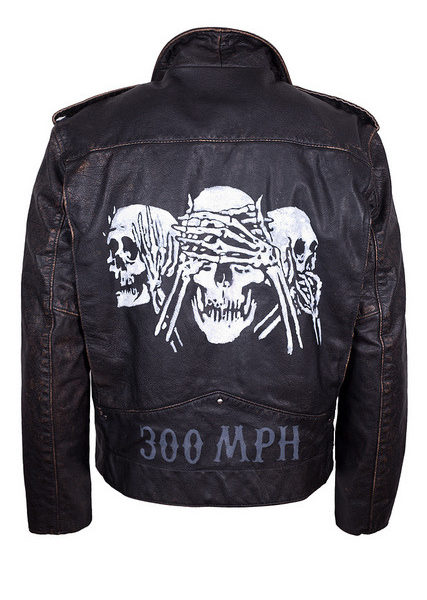 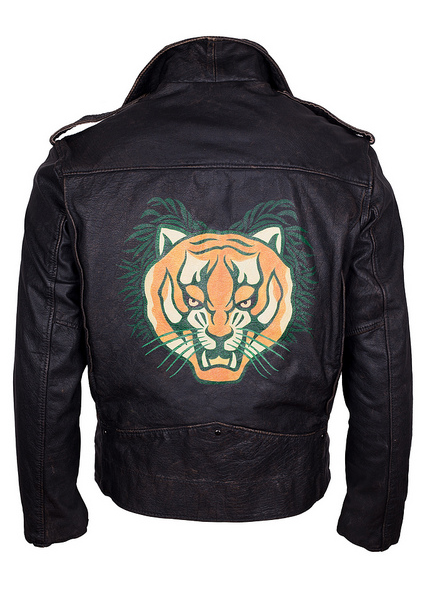 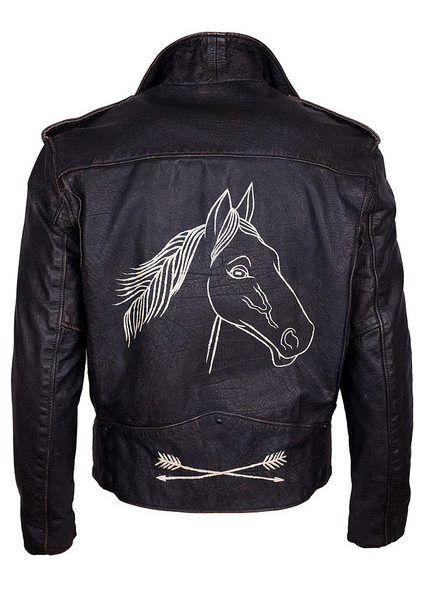 Jesse recently asked our Twitter followers what they’d like to see on the blog and the consensus seemed to be: more practical advice. So, apologies ahead of time for this post, as painted leather jackets aren’t terribly practical.

Not for most men, anyway. Heck, probably not even for me, although I recently had a vintage Schott double rider painted by a childhood hero of mine – buZ blurr. He’s an old graffiti artist who has been putting up his Colossus of Roads moniker on the side of freight cars for nearly fifty years. His style is more in the tradition of early-20th century hobo art than ‘70s NYC subway graffiti, which kind of makes it more awesome.

Like with a lot of menswear, you can trace the roots of painted motorcycle jackets back to the military. In the Second World War, Army Air Corps members used to treat their military-issued A-2s like blank canvases – painting the backs with bawdy illustrations of women or cuddly cartoon characters piloting planes. Many of the drawings were a bit immature, but you could hardly blame young servicemen for needing a way to cope with the traumas of war.

When they returned, most of those jackets were hung in the back of closets, never to be worn again (they were things the owner might have worn in Europe, but not things they wanted to be seen in back home). Some servicemen, however, joined the growing American biker movement in the 1950s. Keen to re-experience the camaraderie they felt during the war, they and their friends painted the backs of their leather motorcycle jackets with nicknames and club insignias – which is how the practice began.

Over the years, a number of subcultures adopted the look. The so-called “leather boys” in 1960s London (later known as the Rockers) used to customize their leathers with patches, studs, and paint. And in the ‘70s and ‘80s, punks decorated their jackets with political messages and music references (some of which were intended to offend). Many of them also wore black double riders, despite never having ridden bikes.

Similarly, as clothes have become divorced from social tribes, painted leathers have been taken up by the fashion and art world. Some of my favorites include these from Keith Haring, as well as the one Glen O’Brien had decorated by Jean-Michel Basquiat (“this jacket made me feel like a king,” he said). Raf Simons also famously put Peter Saville’s Joy Division cover art on the back of a double rider, and Levi’s once teamed up with thirteen artists to customize twenty-one jackets using oil pants. And, for the next week, Christies is auctioning off twenty-three one-of-a-kind leathers from leading designers such as Dries Van Noten, Helmut Lang, and Alexander Wang (proceeds will be donated to an AIDS charity).

Those will cost you thousands of dollars, but the beauty of a painted leather jacket is that anyone can get one. If you have a talented friend who’s an artist (or you’re one yourself), just decorate the back with Mean Streaks or specialized paints. I recommend finding a jacket with a single-piece back panel (ones without a center seam) to give a flat surface. Schott’s Perfectos are good and can be had for much less than retail on eBay.

You need some guts to wear one, and they’re admittedly not for everybody, but it’s hard to deny the allure.