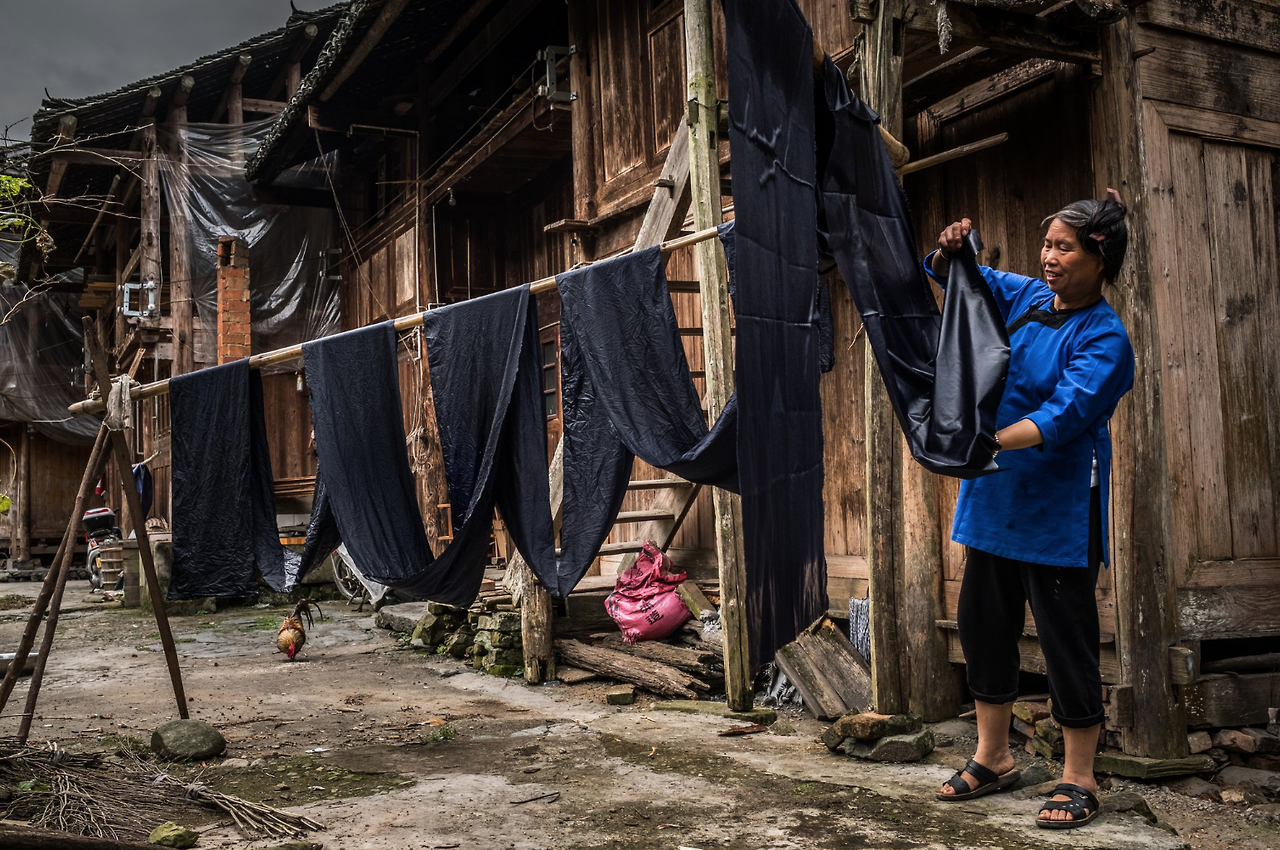 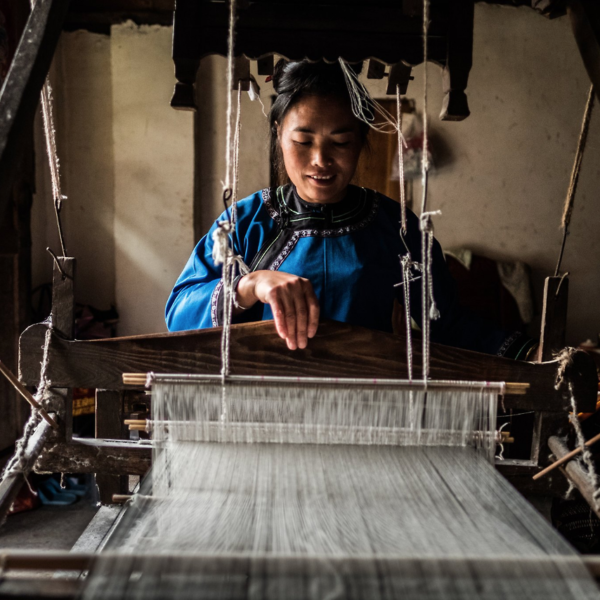 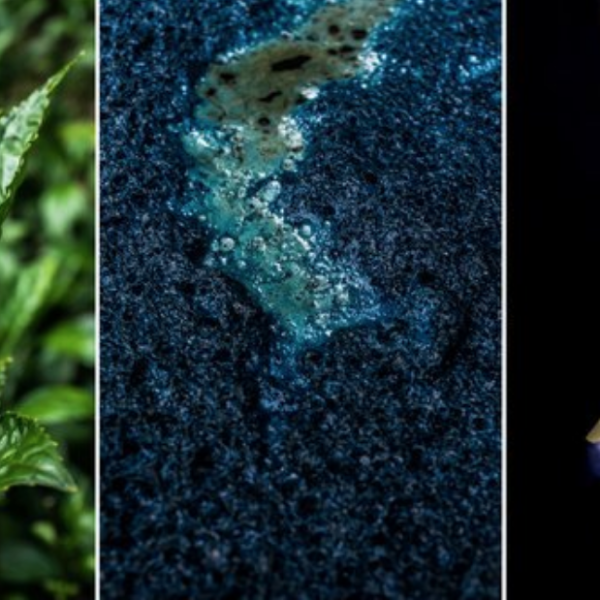 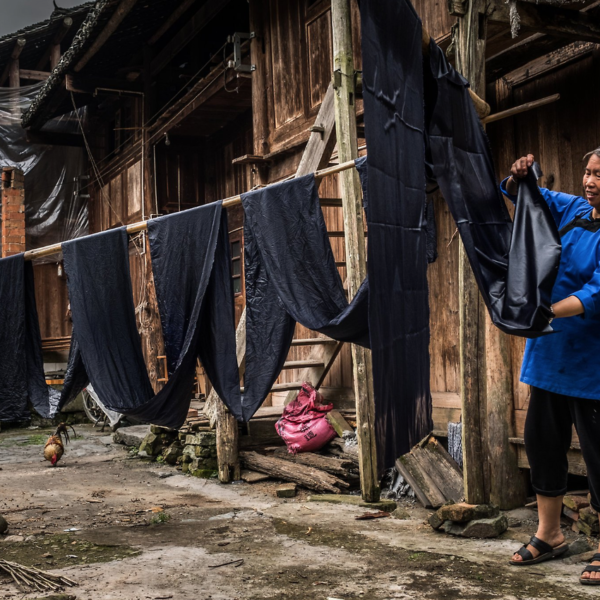 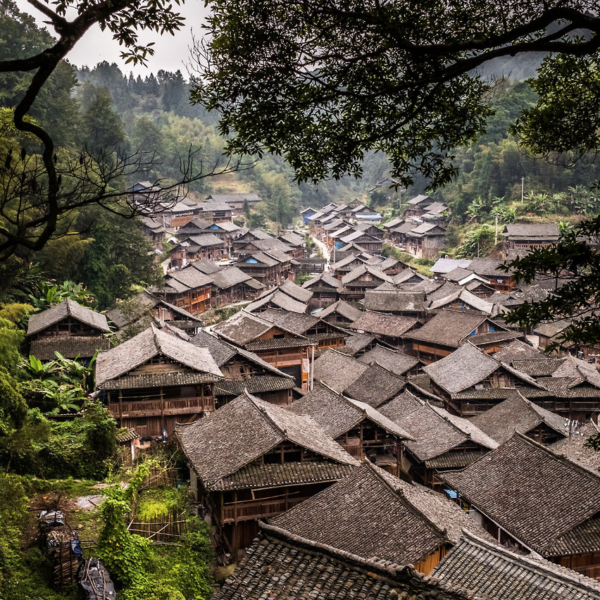 Chinese manufacturing nowadays is synonymous with low quality, but the country has a tremendously rich history in textiles. Traders weren’t crossing the Silk Road for hundreds of years, after all, because Chinese fabrics were bad. Today the New York Times has an article on one of the oldest Chinese textile traditions – indigo dyeing, which dates back to the Qin and Han Dynasties, two hundred years before the birth of Christ.

The NYT article focuses on how the tradition of indigo dyeing has been kept up among the Dong people in the southern Chinese province of Guizhou. As with many rapidly industrializing economies (or really even post-industrial), the city centers have been developing much more quickly than rural areas, which means people outside of Beijing and Shanghai often struggle to make a living. One way the Dong people in Guizhou have been able to make ends meet is by getting back into their traditional crafts, such as dyeing cotton in rich indigos. An excerpt:

Dyeing is so woven into Dali’s culture that the practice even survived the Cultural Revolution, when many other Dong traditions, such as shamanism, were stamped out by communist fanatics trying to destroy what they saw as a feudal past.

But the traditions have come under a different threat since China’s market economy took off in recent decades. As the lure of work and education has drawn youth to China’s growing cities, few young Dong women are left in villages like this one.

In the busy autumn mornings, it is the Dong women who wake first. The roosters were still asleep and the sky dark when Yang Xiukui stepped outside to start her day’s work. She folded a long length of indigo cloth and lay it onto a flat stone surface.

Using a heavy wooden mallet, Ms. Yang, 55, began to pound the fabric. With each thump, the cloth grew brighter, acquiring a shiny gloss. That luster — achieved through the application of cowhide extract and, at times, egg whites — is prized by Dong women. When they wear their handmade indigo clothes for holidays and festivals, the women will inspect the sheen of one another’s handiwork in the spirit of friendly competition.

As Ms. Yang worked, a chorus of roosters joined the plinking of mallets to awaken the village. Sleepy children stumbled to school along stone-paved paths while older people kibitzed on doorsteps of traditional wooden homes.

Ms. Yang brought the now-gleaming indigo cloth to a covered plastic tub in the corner of her still dark kitchen. She removed the lid, releasing a pungent, fermented odor. Inside was a dark blue, frothy liquid.

You can read the rest of the article here (there are some great photos in there).

For those interested in Chinese indigo-dyed fabrics, Kent Wang has some pockets squares made from the material. There’s also a line called Three Animals, which is designed by a Chinese woman living in Paris. She combines the minimalism that’s made French menswear famous (think of lines such as APC, Harmony, and De Bonne Facture) with East Asian textiles. Some of the line is made from Japanese fabrics, but a lot of it is Chinese. You can find Three Animals at Trueffelschwein.