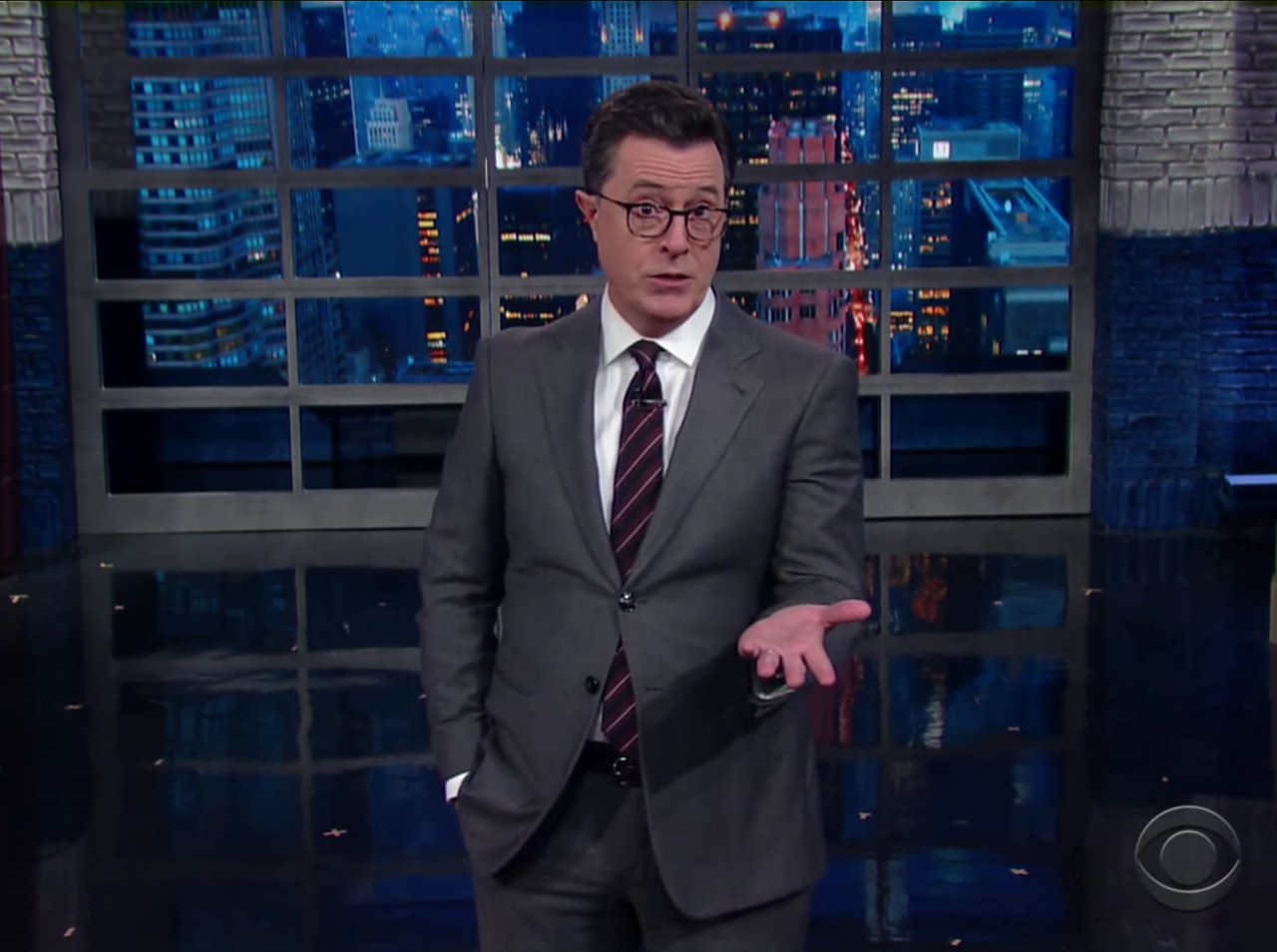 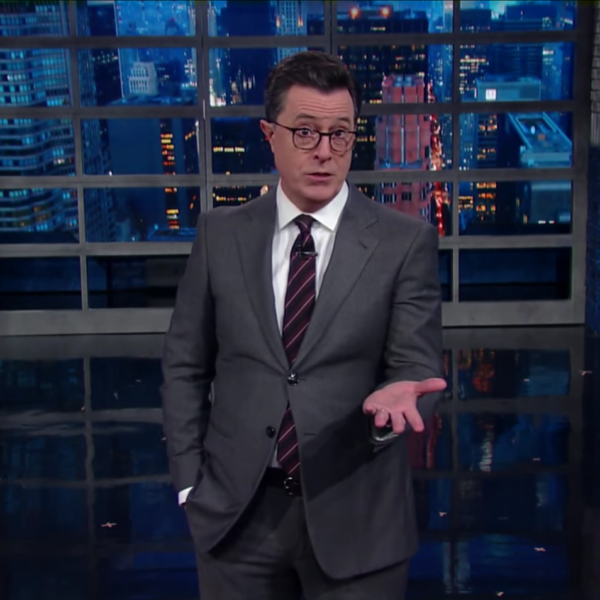 I’m not much of a late night show guy, but I’ve been really enjoying The Late Show with Stephen Colbert. Supposedly, the show wasn’t doing so hot last year – ratings faltered against Jimmy Fallon and there was talk about replacing Colbert with James Corden. In the last couple of weeks, however, the program has really gained momentum, surging to the number one spot on late night television. Hard to not think it’s because Colbert provides good laughs in today’s highly charged political climate.

The only things I don’t like are Colbert’s suits. They show all the problems with how suits fit today. The waist is too suppressed – so much that the button pulls in the center. The buttoning point, which is where the jacket fastens, is also set too high. Traditionally, this should be around the natural waist (where your torso bends), but Colbert’s is about a half inch north. Additionally, his trousers are too low, so that the shirt and tie peek out from underneath the jacket.

It’s not that these things break traditional rules (nobody cares about rules anymore). It’s that they’re unflattering. Together, they make Colbert look heavier than he is – with a jacket that seemingly flares out over his stomach and trousers that are being pushed down past his hips. Colbert’s a pretty fit guy, but from the photo above, it almost looks like he has a beer belly.