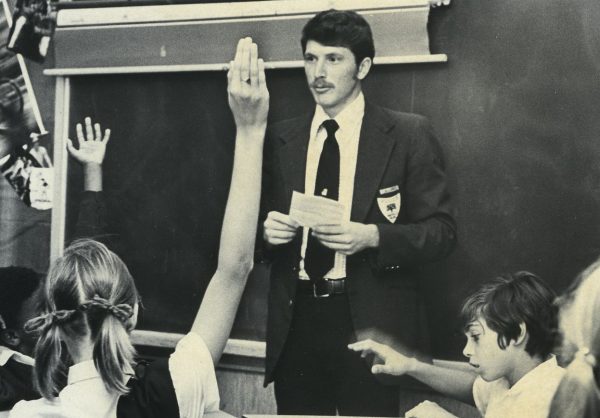 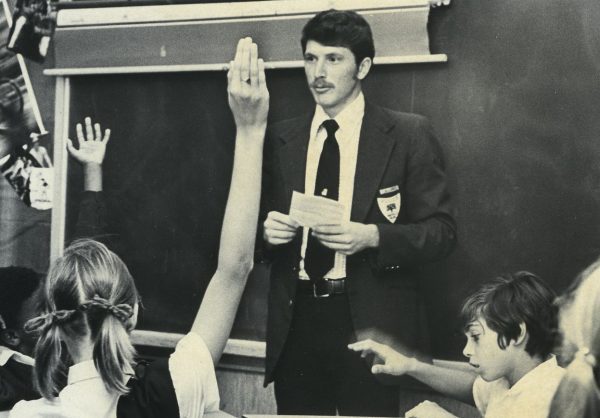 [Chief] Cizanckas wanted to rebuild trust with the community — and he made a number of changes to improve the department’s image. One of the most ground-breaking and controversial was the new blazer-style uniform he implemented.

For many years, the Menlo Park police had worn some variation of the traditional, pseudo-military, dark blue uniform. But Cizanckas thought that look was too intimidating and aggressive, so he traded it for slacks, dress shirts with ties, and a blazer. Guns and handcuffs remained hidden under the coat. Instead of a metal badge, the blazer sported an embroidered patch that looked a little like a coat of arms.

Cizanckas’s ideas seemed effective in improving the relationship between the community and police, although some officers were not on board with the new direction. And Menlo Park eventually switched back to blue police uniforms, which have their roots in 19th century England, where blue was used to differentiate police from red-coated military. As will be clear to anyone who’s encountered police in the last decade, the trend has been toward, not away from, a more military style presentation for American police officers. In the face of rising police/community tensions across the nation, some police forces are taking steps back from battle dress.

Of course, the tensions between police and the communities they serve can’t be solved by a uniform change alone. But a change in uniform can be an important symbol — a way for police departments to signal that they want to be more approachable and that they care about how they are perceived.

Read the story, and listen to the show, here. It’s great.