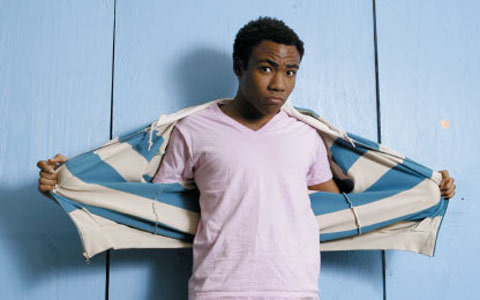 The comedian and actor Donald Glover, who’s a regular on NBC’s Community, wrote for three years on 30 Rock, co-founded the internet famous sketch comedy group Derrick Comedy and starred in their feature film Mystery Team (in addition to co-writing it and composing the music) apparently felt there weren’t enough line items on his curriculum vitae.

The result of his admitted ADD is a hip-hop mixtape, I Am Just A Rapper, released under the aegis of Glover’s musical alter-ego Childish Gambino.  Glover’s not going to unseat Jay-Z in the flow of the century department, but the EP-length tape is a fun exercise in punchlines and Pitchfork-friendly loops.  You can download the whole thing here – below is the tape’s closer, “I Love Clothes.”