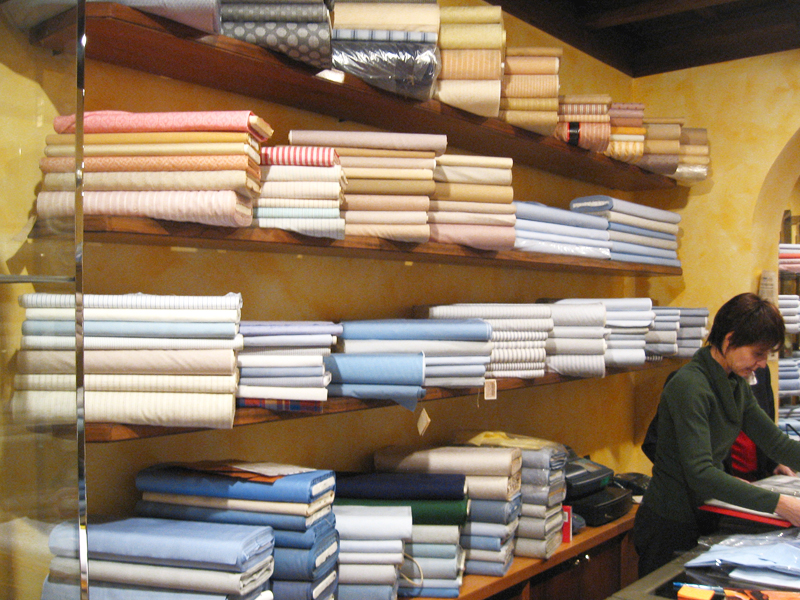 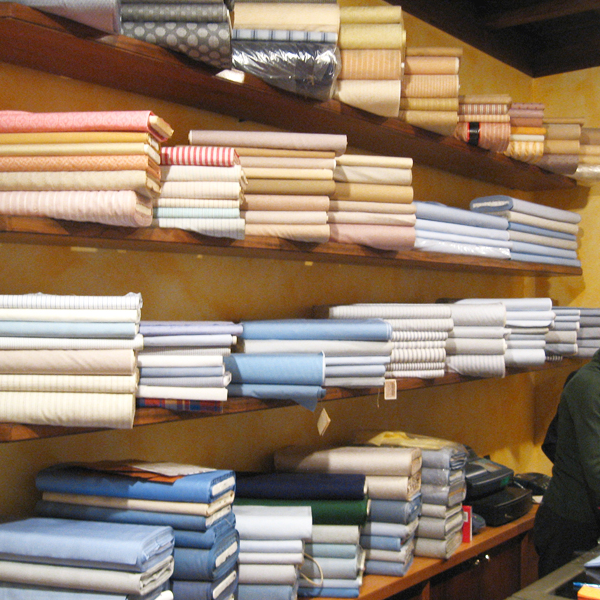 The number of options available through a custom shirtmaker can be both a pleasure and a pain. Any good shirtmaker, for example, will have hundreds, if not thousands, of shirt fabrics. If you haven’t given it much thought before going in, you can easily be overwhelmed by the options. To know which you should choose, it helps to know a little about shirtings (fabrics used for shirts). Here are some basic terms:

Of course, there’s more to fabric than plys, yarn numbers, and thread counts. The real character is determined by how the yarns are woven together. These can be broadly classified in the following ways:

It’s worth noting that fabrics woven on old shuttle looms tend to be longer-lasting than ones woven on more modern machines. That’s because newer machines speed up the weaving process, and the faster you run the looms, the greater inherent tension there is in the yarns. On today’s super-high speed looms, the resulting yarns have many microscopic breaks all over them. As you wear and launder your shirt repeatedly, these breaks will worsen with time and your shirt will degrade more quickly. Thus, don’t go off of weaves and numbers alone. The quality of a cloth is heavily determined by which machines were used to make it as well.

Before you go into a custom shirt maker, think about the colors, designs, and functionalities you want.  If you know you want a blue Bengal-striped shirt, for example, that will allow the shirtmaker to pull out some swatches for you to consider. You should also think about the weave you want. A densely woven broadcloth will be good for winter, when you need to retain heat. Oxfords, on the other hand, tend to have more open weaves, so they’re better for summer, when you need more breathable fabrics. Similarly, think about whether you want something with a smooth finish, like a plain weave poplin, or if you prefer end-on-ends and twills for slightly more textural interest. By considering these things before you to go the shirtmaker, you can more easily decide between fabrics when they’re placed in front of you.

Come back next week, when we’ll actually review some of the shirtmakers out there, and talk about the advantages and disadvantages of each.

(Pictured above: Francesca Romana and some fine shirtings at Mimmo Siviglia’s store in Rome. You can read about Mr. Siviglia in my article at A Suitable Wardrobe. Also, this article owes itself to a primer written by Alexander Kabbaz, one of the leading experts on custom shirtmaking)