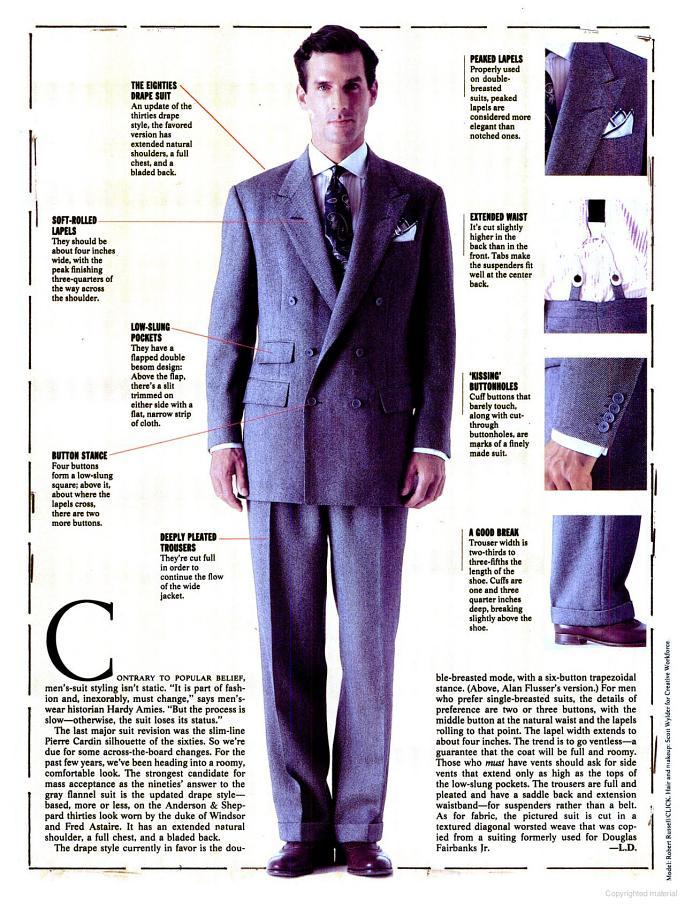 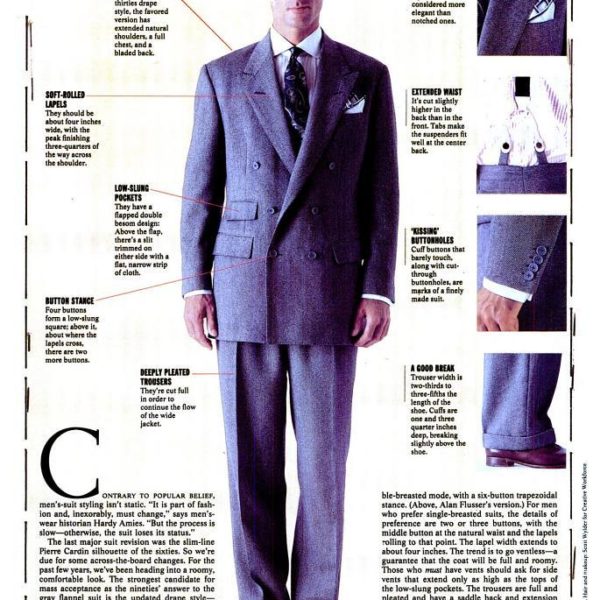 When I wear tailored clothing I lean toward a trim silhouette and the lineage of the midcentury Brooks Brothers/J. Press cut. Not that I’m unique; this describes me and maybe half of the American men who’ve bought new suits in the last three or four years. But in favoring these modern versions of “trad” or “ivy” looks, it’s tempting to dismiss most suits made between 1969 and 2001—when Thom Browne started his line and shortened our pants—as outdated, unflattering, or sloppy.

This 1988 New York magazine article on custom tailoring makes the case that 1980s suits were not sloppy or oversized—they were carefully considered exercises in proportion, calculated Savile Row influence, and aspirational dressing. The article trots out some hoary old chestnuts about the wonders of going the custom route, but it’s a wonderfully in-depth piece (15 pages–6 of them full, glorious, three-column, no-ad pages!), and I found this illustration of “the eighties drape suit” especially enlightening. Twenty-five years ago, this Alan Flusser suit represented the ideal: extended shoulders; a full chest; low-slung, six-button (one working) stance; wipe lapels; no vent; and full, pleated trousers with more of a break than Pitti Uomo has seen in this side of the year 2000.

This cut was the pinnacle of good taste at the time, visually referencing to the elegance of British tailoring as described by Flusser in his influential  books, Making the Man (1981) and Clothes and the Man (1985). I’d bet many men who asked for this cut at their tailor in 1988 wanted something timeless, just like many of us do today when we buy two-button, natural shoulder suits. The piece also cites Richard Merkin on Flusser and his drape suits: “He produces very haughty and snappy clothes with a wonderful arrogance about them."