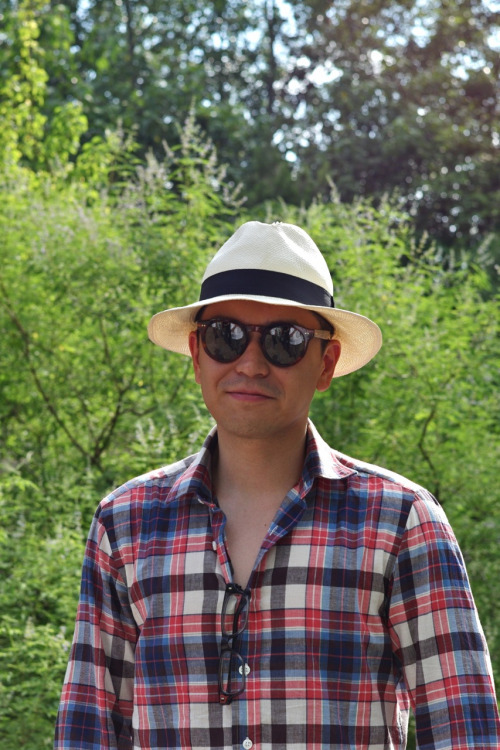 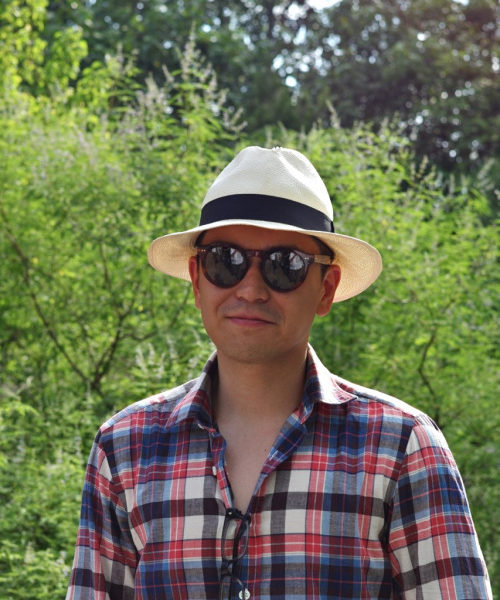 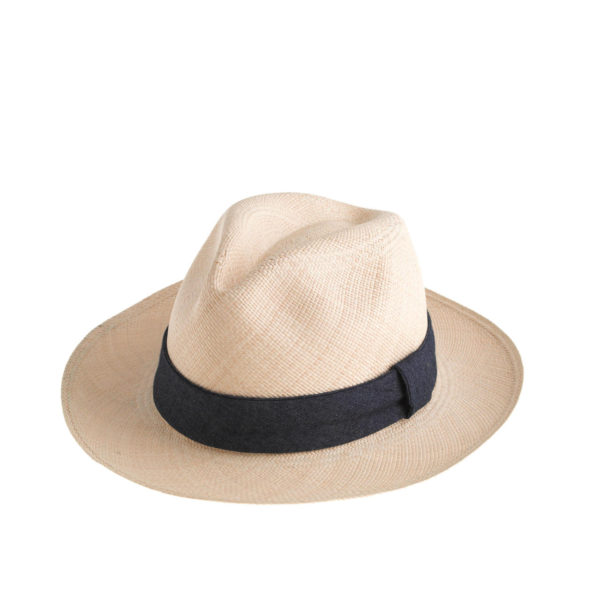 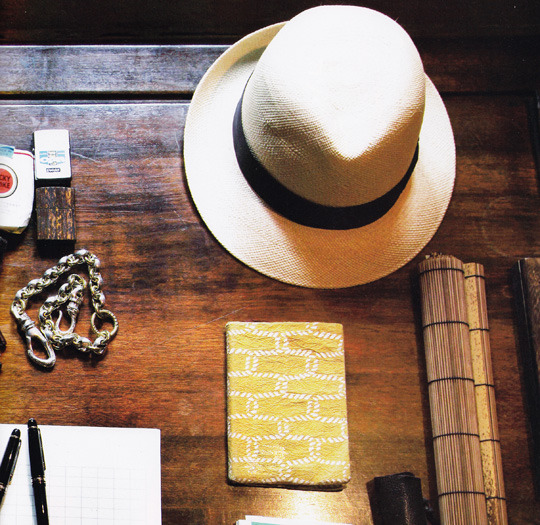 The classic, brimmed hat is a fraught accessory in the post-every-guy-wears-one, ballcap age. Few would argue that Sinatra, or Neil Young. or young presidents don’t look great in a brimmed hat, but alas, we are not them. As I mentioned in a recent post on prep style, choosing to wear arguably outdated clothing implies a nostalgia for bygone eras that’s a little complicated. Plus, a lot of dickbags wear classic hats.

But the right hat on the right guy can look really excellent (like George of BRIO, pictured above), and summer brimmed hats have a legitimate practical use in keeping the sun off your head. For over a century, the men’s summer hat of choice has been the Panama—less affected than a boater, more panache than a ballcap. The quick facts on Panama hats:

Retail sources for the best Panama hats are often the same as the best sources for fine felt hats, for example Optimo in Chicago, Worth and Worth in New York (check it out in PTO Season Two), and Lock and Co. in London. A respected Panama-specific source is Brent Black. The lowest price for a Panama from those sources is about $350, and you can spend as much as you like upwards from there.

We try to balance respect for the best with good value and the reality of modern clothing budgets. For broader availability and a beer budget, J. Crew ($65, seen in the product photo above) and the Hill-Side ($135, less broadly available) are both selling handsome and authentic Panamas this year in a flat brim shape with indigo bands; arguably a little more wearable than the more common black band. I particularly like the deep indigo on the Hill-Side’s version. J. Crew’s hats come from Ecuador via Paulmann. From the product photos alone you can see that the J. Crew hat has a lower “thread count” than, say, Worth and Worth’s hat. But at less than ¼ the price and with the ability to try on in J. Crew stores, it’s a good value for a basic Panama, and a hat you won’t feel like you have to treat with particular care, a plus as it will likely endure canal-zone-level sweat and sun this summer.

Filed Under: Hats, J. Crew, Optimo, Panama Hats, The Hill-Side, Worth and Worth