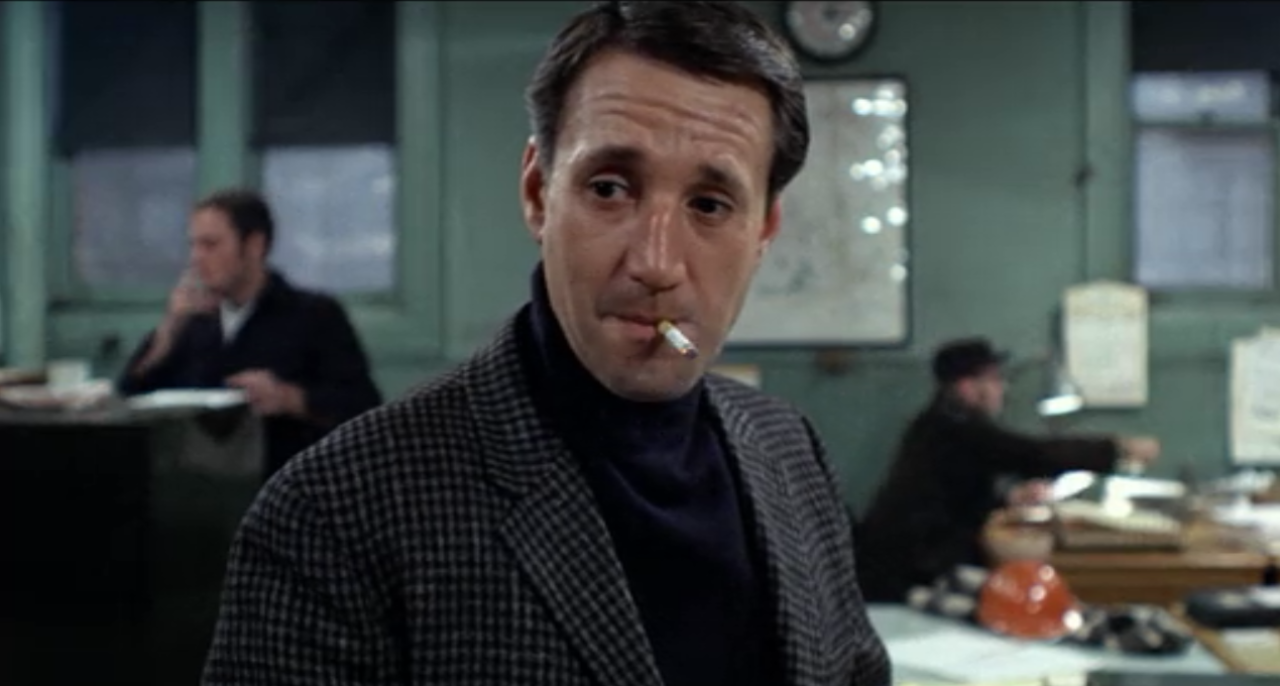 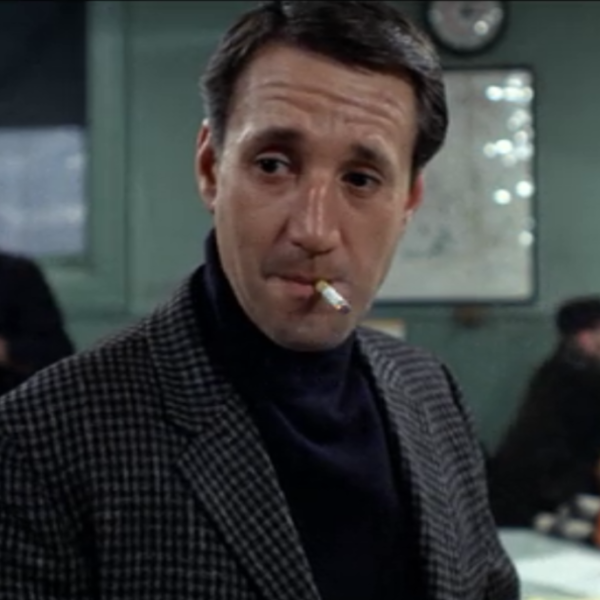 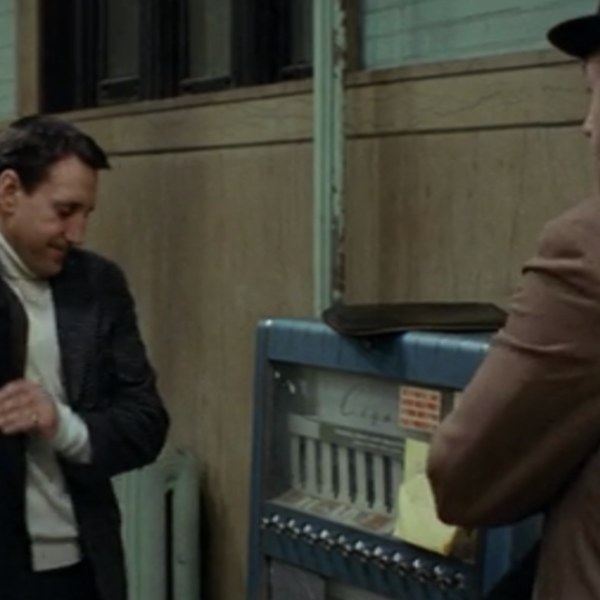 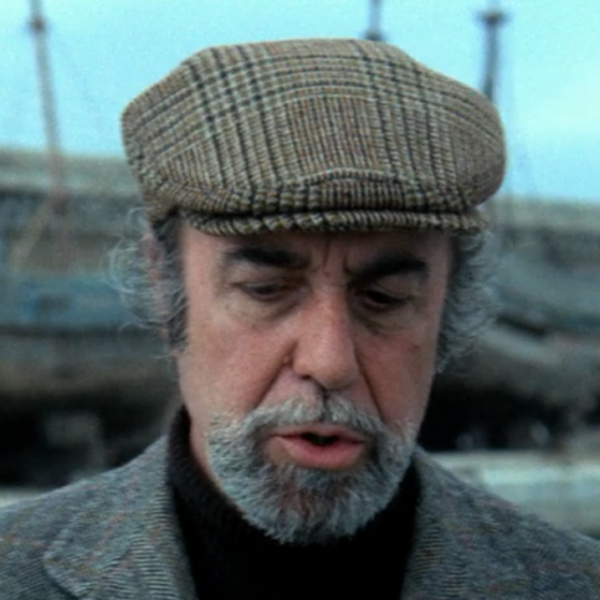 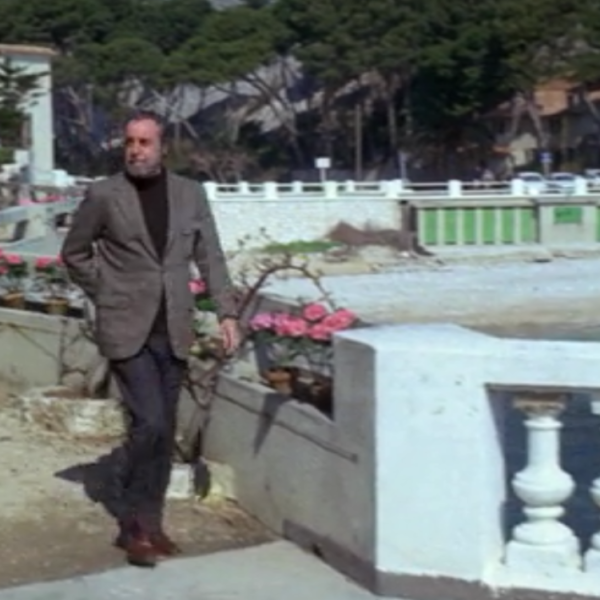 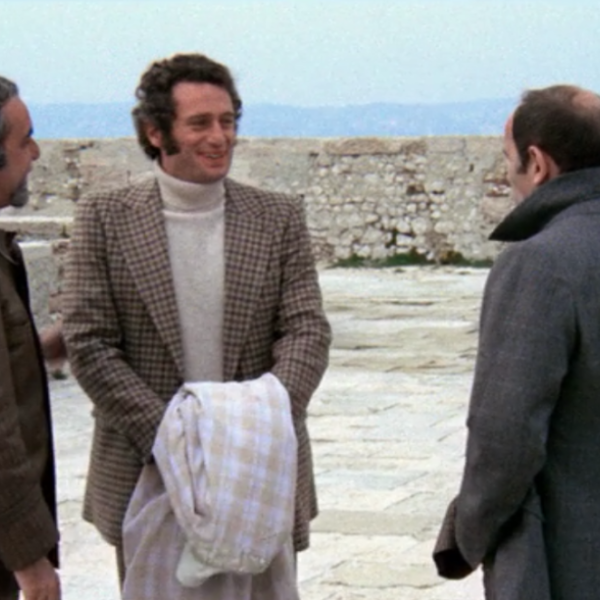 When you think of the representative wardrobe item from 1971′s The French Connection, you probably think of Popeye Doyle’s (Gene Hackman’s) porkpie hat, allegedly a signature of the real-life New York narcotics detective Popeye is based on. And it’s a cool hat. But the real stars of the movie are the turtlenecks, worn by pretty much everyone but Hackman. Black, navy, cream, even yellow, they’re worn primarily under sportcoats, by cops (Roy Scheider as Cloudy), criminals (Fernando Rey as Charnier), and those in between (Frederic de Pasquale as Devereaux). In the blustery fall/winter settings in New York and coastal France, these guys look comfortable and continentally cool.

The turtleneck was a louche 1970s alternative to a shirt and tie with a tailored jacket—see also Michael Caine, George Lazenby, Michael York, and of course, Steve McQueen. The look (like the constant smoking) did not age well and was a subject of parody in the 2000s as a symbol of a sorta gross decade, but it can be an elegant cold-weather combination—just treat the turtleneck like a sweater with a built-in scarf. Its resurgence in men’s style is heralded every few years, which I take to mean it’s low-key always in style.

Matching a Turtleneck with a Sportcoat

I like the Hemingwegian ruggedness of a fisherman-style turtleneck, but for sportcoat wear you’re better off with something with a smooth hand and fitted shoulders, in cashmere or a finely knit wool (I’m not ready for cotton turtlenecks yet). With a plain-ish sweater, a heavily patterned or textured sportcoat (like Scheider’s in the first photo above, or de Pasquale’s in the last) works best. Navy is maybe the easiest (and most forgiving) color to wear, but grays, burgundys, and greens are good matches for fall-toned sportcoat fabrics as well. Lighter colors like oatmeal or cream can look great but can be less flattering and a pain to keep clean.

Uniqlo—For those unsure if they’re ready for the turtleneck, Uniqlo’s $40 version is a relatively painless way to give it a shot. The price belies a pretty decent sweater.

Berg and Berg—I like B+B’s Italian merino turtlenecks, which are a good value at $89. B+B adjusted the fit this year so you should be able to go true to size (I bought one sized up last year).

Scott and Charters—True to the decadent character of the 1970s, a cashmere turtleneck is a luxury. No Man Walks Alone also has some good examples of current looking styled turtlenecks for inspiration.

Vintage—Ebay, Etsy, and consignment stores are good bets for well-made vintage turtlenecks. I often see cashmere versions going for $50. Search for brands like Brooks Brothers, or by country of origin like “made in Scotland.” Check measurements and be wary of vintage sizing, which was slim in the 70s and 80s but big in the 90s; plus some sweaters have been washed and shrunk. And as with any vintage wool clothing, keep an eye out for moth damage.