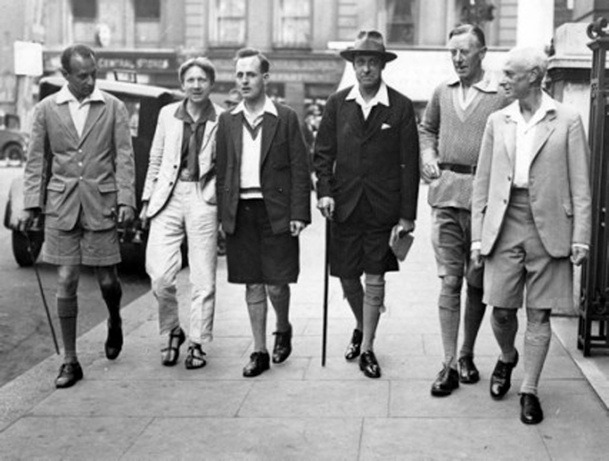 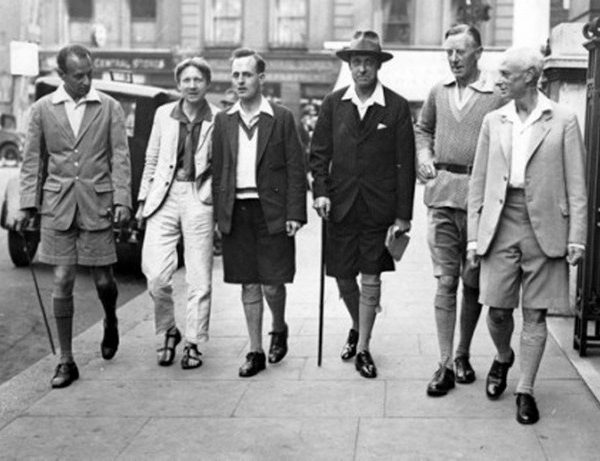 Feel oppressed by pants? Want to bare your legs? Troy Patterson has a fun piece today in the New York Times Magazine on the history of men’s fight to wear shorts.

The most rigorous rebuttals of the anti-shorts view emanate from the archives of the Men’s Dress Reform Party, a flock of odd ducks active in Britain between 1929 and 1937. Following the example of feminists like Amelia ­Bloomer, whose name graced the trousers that freed suffragists from corsetry and heavy skirts, the group sought to rescue men’s clothing from the ‘‘rut of ugliness and unhealthiness’’ into which they felt it had sunk. The party preferred open-­necked shirts to stiff collars, sandals to shoes and anything to a frock coat. Skeptical of long trousers, it promoted shorts (and kilts) as instruments of physical and moral hygiene. The adamant plea that men ventilate the God-­given lines of their calves exemplified the cause. The members were mocked as subversives and crackpots — a charge that, given the presence of eugenicists among its ranks, has its merits. But I wonder if we can now agree that the trade journal Tailor and Cutter laid it on too thick in urging repression, insisting that the laces and buttons that the party encouraged men to cast off were restraints against sav­agery: ‘‘A loosening of the bonds will gradually impel mankind to sag and droop bodily and spiritually.’’

(pictured above: members of the Men’s Dress Reform Party, who suspiciously look like a Thom Browne promotion team at Pitti Uomo)