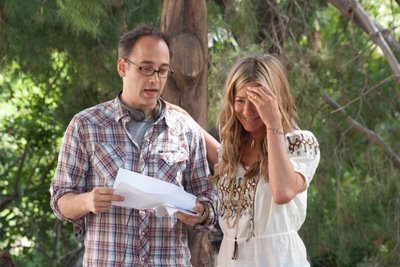 The latest episode of my public radio show Bullseye was just posted, and I think you should give it a listen.

I talked with David Wain about his directing career, which started with one of my all-time favorite films, Wet Hot American Summer, and has recently led him to Wanderlust, which stars Paul Rudd and Jennifer Aniston. We also talked about the amazing fact that he’s still working with folks from his college sketch group, The State, 20 years later, and about whether he wants to sleep with women that aren’t his wife. David’s a brilliant dude, and he has a lot of interesting stuff to say.

We’ve also got a great comedy segment from Jordan Morris called Jordan Ranks America, in which he arbitrarily ranks arbitrary things, and some culture picks from The AV Club. Oh! And I make a pitch for one of my all-time favorite songs, DJ Quik’s Pitch In Ona Party.

You can either listen to the show on the web here, or subscribe to the show for free in iTunes.