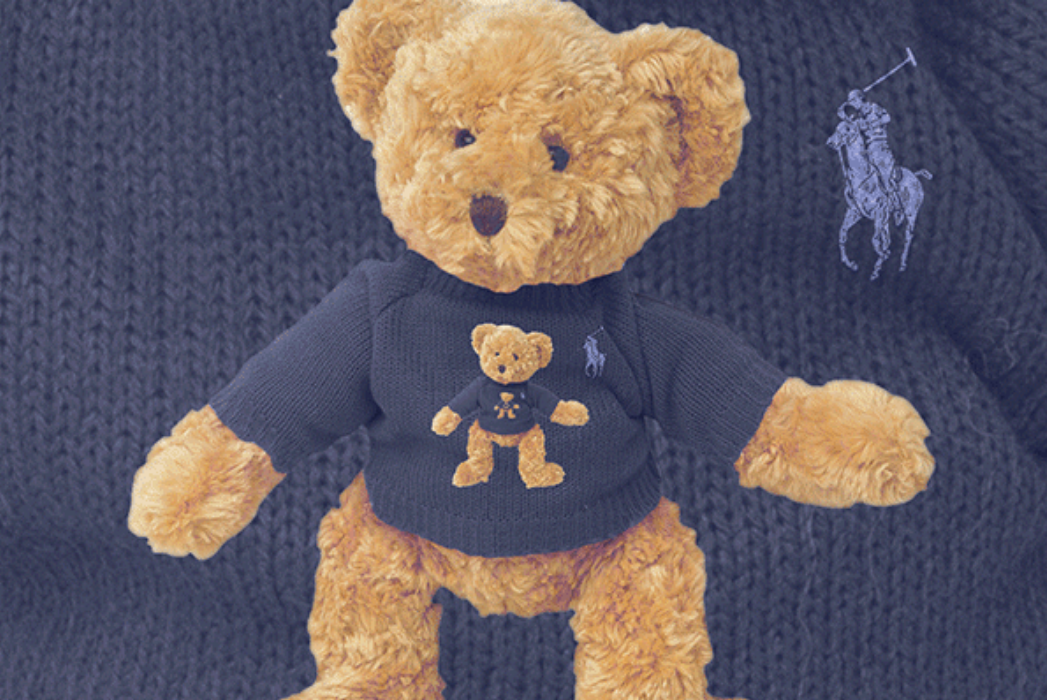 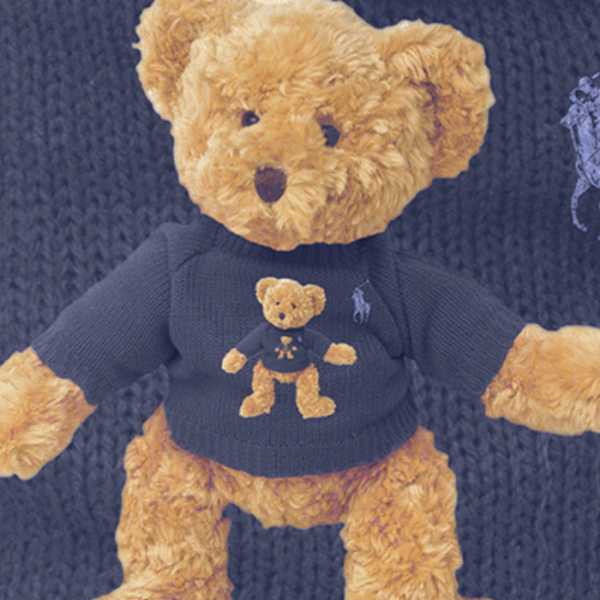 NY Mag’s The Cut has a post today on the legend of the never-ending Polo Bear sweater – a mythological piece of knitwear that ‘Lo Heads have been chasing forever:

As the story goes, back in the late ’80s, Ralph Lauren was so taken with a birthday gift he got from his design team — a classic Steiff teddy bear, wearing a teddy-bear-size Polo getup — that he began carrying these Polo-clad bears in his stores. The stuffed animals were a hit, and he decided to stamp them on his clothes: The first sweater, released in 1991, featured a bear looking very much the Buckley sixth grader, sporting a blazer and chinos. Subsequent iterations (of which there have been many) have included the P-Bear wearing an American-flag sweater and jeans; sporting a hoodie and holding a basketball; teeing off on the golf course; and, one of my favorites, channeling Picasso in a beret and a striped Breton shirt. The Polo Bear went on to become a recognizable mascot, a cuddly counterpart to the Polo pony. There is also, legend has it, a mythical sweater on which there is knitted a Never-Ending Bear. Meaning: a bear that is itself wearing a Polo Bear sweater, whose bear is also wearing a Polo Bear sweater, and on and on ad infinitum.

Over 20 years later, there are still aficionados who call themselves Lo-Lifes and Lo-Heads (while Lo-Lifes refer to the ‘80s-era Polophiles, Lo-Heads are anyone who wears full Polo looks) who’ll get together to swap their finest gear. Rare vintage pieces go for thousands of dollars on eBay — among them the aforementioned Polo Snow Beach shirt (“the holy grail of Ralph Lauren jackets,” according to Mass Appeal) and an extremely coveted cashmere Polo Bear sweater. But among these devoted Lo-Heads, there is one piece that is the most sought-after: the Never-Ending Bear. That is, if it even exists. Polo-devotee and rapper Mayhem Lauren told Vice in 2011 that it’s almost “mythological.” He said: “Well, supposedly there’s a knit out there with a bear rockin’ a knit with himself on it, and he’s rocking a bear, and it just goes on and on forever. Guys will swear they have three of those but they never bring it out, never rock it for flicks, but supposedly it’s there.”

The article gets one small thing wrong: a ‘Lo Life is a member of a specific NYC-based crew, while a ‘Lo Head is just a specific type of RL Polo enthusiast. All ‘Lo Lifes are ‘Lo Heads, but not all ‘Lo Heads are ‘Lo Lifes.

But that’s not a big deal, because someone finally did a story about the most important sweater on the planet right now. You can read the whole post here.