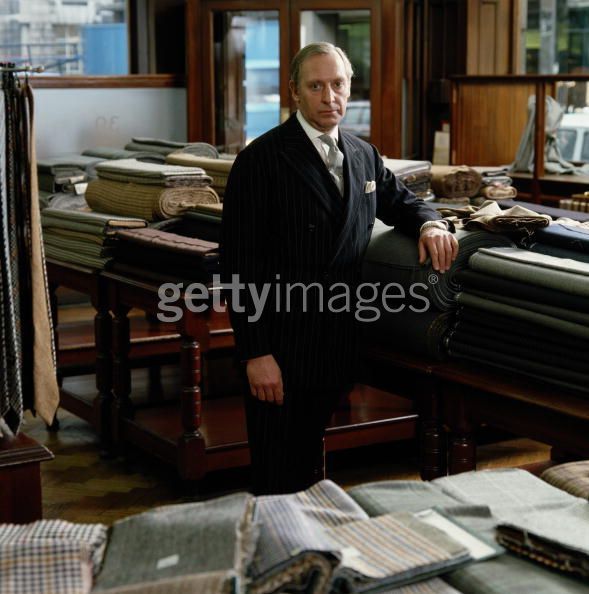 “The master of this domain was Mr. Norman Halsey. He was a man of uncommon good looks, and with his brushed-back silver hair and aquiline nose, he looked a bit like that British actor Ian Richardson. Mr. Halsey was also as beautifully dressed as any man you are going to find on this earth. From the head, his line followed down his waistcoat to a slim waist, long legs, and perfect, thin black-leather shoes. If I had to guess, I would say they were made by Cleverley. He often had a watch chain crossing from pocket to pocket on his waistcoat. A few years after we had gotten to know each other, I suggested that he call me Graydon rather than ‘Mr. Carter.’ ‘Of course, Mr. Carter,’ he replied. On occasion, I would try to get him to make something outside the mould, something a bit dramatic, to which he would say ‘A most daring idea, sir’ and the plan would be quietly dropped. During one fitting, when I felt I had put on a bit of weight, I asked Mr. Halsey if he could cut it so the extra pounds wouldn’t show. ‘We’re only tailors, sir,’ he replied politely, but firmly.”

– Graydon Carter on Norman Halsey, once the head salesman, then later the managing director, at Anderson & Sheppard.