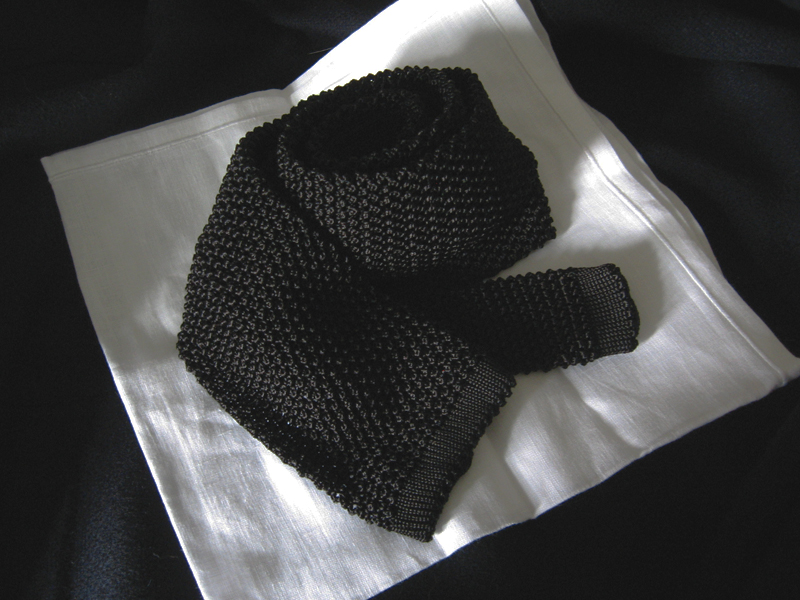 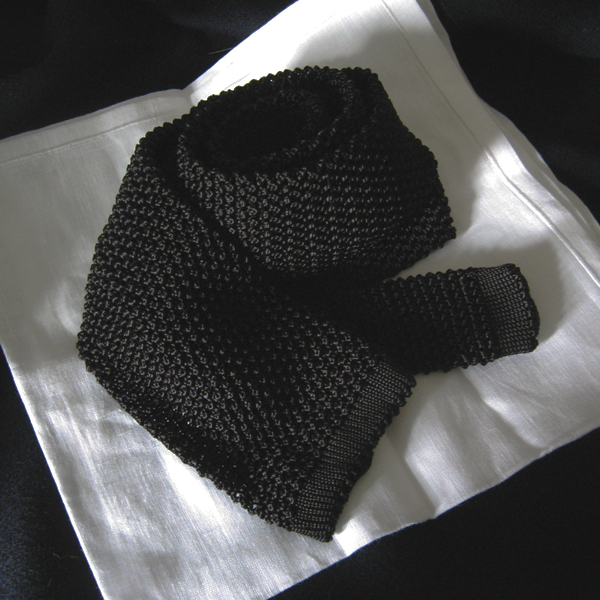 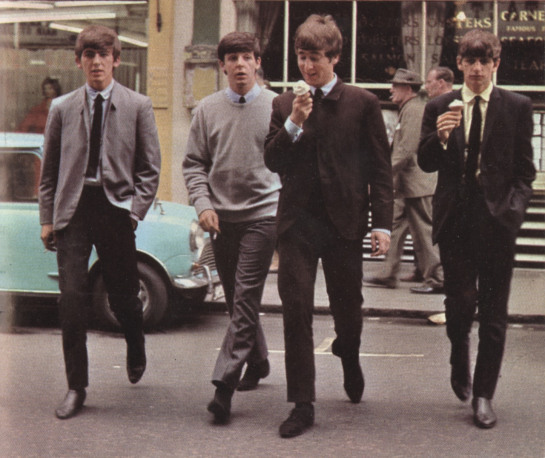 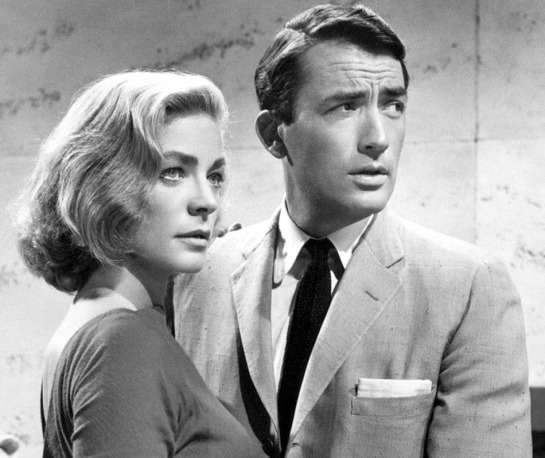 Jake over at Wax Wane already wrote about black silk knit ties this week, but I thought I’d give them another plug anyway. Black is, unexpectedly, one of the most versatile colors for knit ties. Better than the standard go-to colors for neckwear, such as brown, burgundy, and bottle green. Better even than the always wearable navy. The black silk knit was perhaps most famously worn by the literary version of James Bond, who was often described by Ian Fleming as wearing a dark suit, clean white shirt, and a “thin, black silk knitted tie.” It’s also heavily associated with other mid-century icons such as the fellas in The Rat Pack. In fact, one of the first ties I bought as an undergraduate student was a black silk knit, precisely because I thought Sammy Davis Jr. looked so great in them.

You can wear almost anything with a black silk knit tie: brown tweeds, navy jackets, or grey suits paired with white or light blue shirts in solids, stripes, or checks (knit ties are especially nice with checks). Given that many men today want to wear a tie without looking too formal, the black silk knit is about as good as you can get. Versatile in color; casual in form.

There are many places to score one. On the high-end, we have Drake’s, who makes them in a rather unique weave. They’re also commonly found at traditional American haberdasheries, such as Ben Silver, Brooks Brothers, and J. Press (the last of which is having a 25% off sale right now). Additionally, Howard Yount, Kent Wang, and Sid Mashburn sell them for between $60 and $75. For more affordable options, consider Land’s End and KJ Beckett. The stock at Land’s End doesn’t include black right now, but they regularly restock their knit tie inventory in wide range of colors and their navy blue’s more like a midnight blue. If you join their mailing list, you’ll be notified of when they do their 30-40% off sales (which happens a few times a season). That will knock down the price of their knit ties to something around $25. Not bad for a tie you can wear with almost anything.