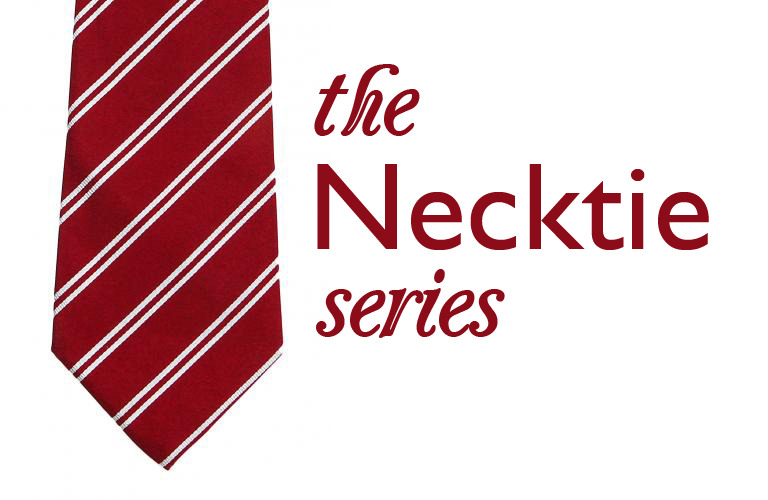 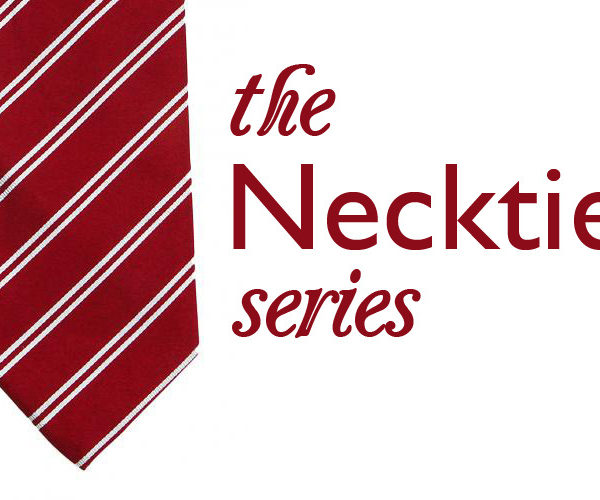 While I don’t believe a tie is a requisite to being well dressed, I do believe that dressing well begins with a decision about a tie – namely the choice on whether or not you’re going to wear one. Should you decide to wear a tie, you should select the one you want to wear, and then let your choice in a shirt follow as a consequence. Thereafter, once you have selected these two elements, your choice in for a suit or jacket will be obvious, as it will be the frame for the elegant shirt and tie combination you’ve just created. This is, essentially, a method of dressing that revolves around the necktie, starting with the center and then moving outwards.

Thus, given the importance of the necktie, I thought I’d do a series on it. Too many men, especially those just beginning to improve their wardrobe, go on tie buying sprees, usually at bargain shops. They snag whatever discount deals they can get on any tie that might strike their fancy. This method of shopping lacks vision. It would be better to know what a strong, basic tie collection should look like, and then slowly work your way towards it. So for this series, I will discuss what ties make up that most basic collection, so that you might make better use of your money. Before that, however, I will talk a little about how ties are constructed and how to discern quality. Additionally, the series will also include a short discussion about tie knots, as well as tips for how to care for and repair your ties.

There are eight installments to this series, which makes this the longest series I’ve ever done. Rather than post one a day, I thought I’d intersperse them throughout a three week period, and talk about other topics in between each post. Keep an eye out for the series, however, as I hope to give you some new inspiration and enthusiasm for one of our favorite accessories.

Filed Under: The Necktie Series