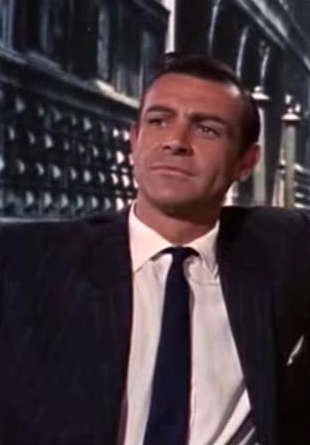 James Bond with a Four in Hand knot 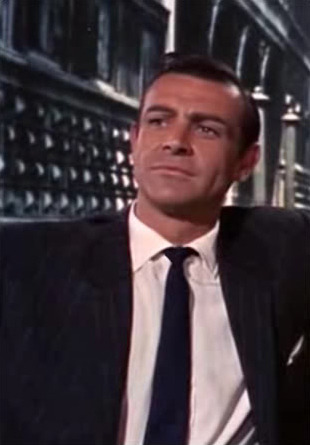 James Bond with a Pratt knot 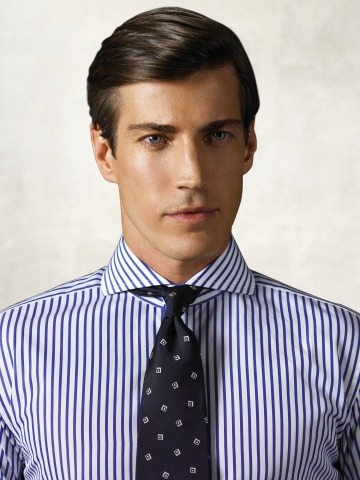 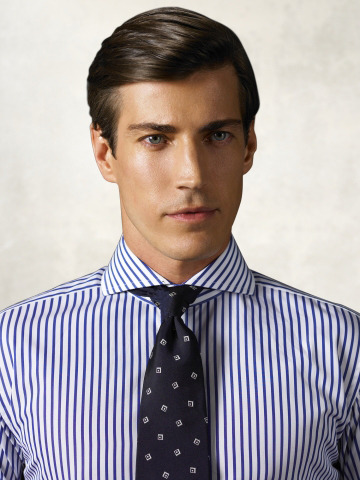 You know what the menswear blogosphere needs more of? Disagreement and debate. So long as we keep it friendly and respectful, I’m sure we would all benefit from having a little more push back on what each of us think. So I thought I’d take a stand against some orthodoxy today – the idea that the four-in-hand is the only knot you need to know.

Well, more accurately, it’s said that the four-in-hand and the double four-in-hand are the only knots you need to know. However, they’re more or less the same thing. Both are asymmetrical and relatively small compared to other knots.

It’s not a terrible piece of advice, certainly. It works for almost every situation, and you’ll rarely go wrong with it. However, there is one situation where I think the four-in-hand shouldn’t be used: when you’re wearing a spread or cutaway collar shirt. For this, I think the aysmetry looks poor and the smallness of the knot out of proportion with the collar. For me, dressing well is often about proportions – the width of your tie, for example, should match the width of your lapel; the circumference of your leg opening should be in proportion to the size of your waist and feet; the length of your jacket should be in proportion to the length of your legs. Everything is about proportions and balance.

Thus, for spread collar shirts, I think a bigger knot is called for. Now, the “bigger knot” most men know is the Half-Windsor. However, the Half-Windsor is a bit ostentatious. Better, I think, to opt for the Pratt. It’s symmetrical, so it looks better on spread collars; big enough to fill the gap between your collar points; and helps hide the tie band that would otherwise peak out. It’s also of a medium thickness, somewhere between the Half-Windsor and four-in-hand, so it does the job without being vulgar.

I’ve Photoshopped some images for you to judge. One is of James Bond from the film, From Russia with Love (given to me by BespoKenN). The other is from a Ralph Lauren catalog, which showcases their cutaway collar model, called the Keaton.

Try the Pratt when you’re at home today and see what you think. Note, however, that this knot should not be used with grenadines, as the knot will be too big.

To learn how to tie the Pratt, you can read my earlier entry about this knot here.