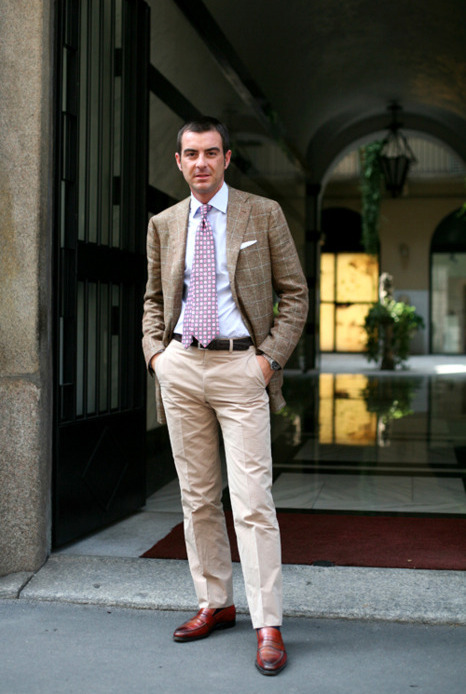 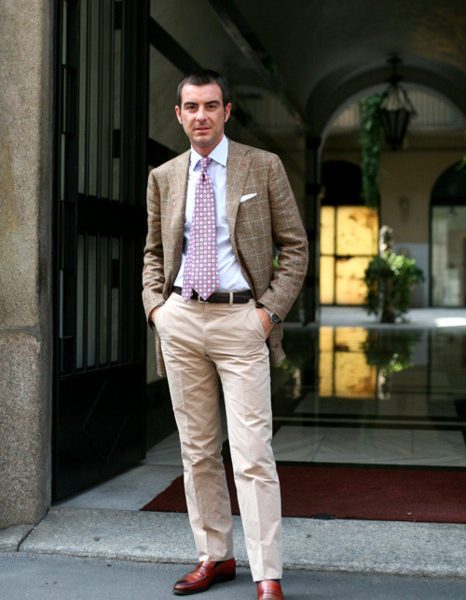 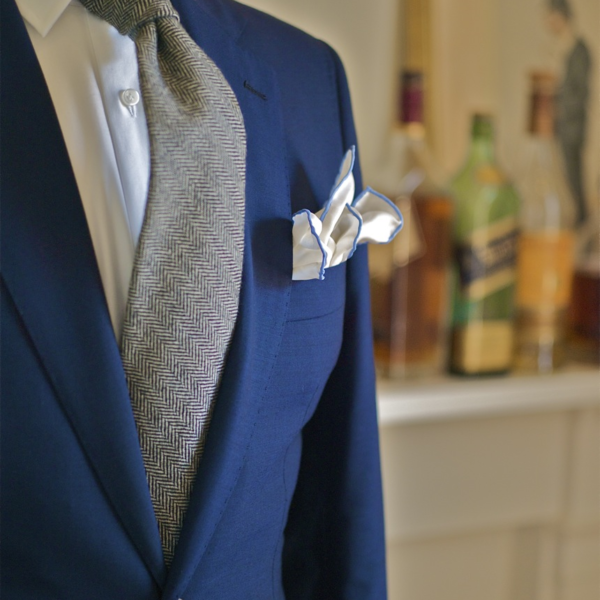 Oscar Wilde once said something like “A well tied tie is the first serious step in life.” By now, you should know that the four-in-hand will work for most situations, and that the double four-in-hand can be used when you want a bit more bravado (or if you’re short and need to shorten the back blade a bit). I’ve also talked about how the Pratt should be used for spread collars or wider ties. With those three knots, you should be prepared for anything.

Next, I thought I’d cover the two basic ways you can add some panache to how you tie your tie. The first is the Italian method – pulling it to the side a bit and leaving the blade out of the keeper. If you have an extra long tie, you might even want to leave the back blade a big longer than the front. The other method is arching your tie, a technique I always use now. It used to be a knee-jerk reaction to seeing guys leaving their ties loosely tied, a look so juvenile and awful that I cringe even just thinking about it. Nowadays, however, I just like the panache it gives. In this technique, the tie lifts off from the shirt. The photograph I’ve chosen exaggerates it a bit; in practice, the tie ends up looking a bit more like this or this. As Hardy Amies once put it, these kind of ties “come into a room almost before the man."

Check these two videos to see how to do each. The first is an interview with Sid Mashburn by GQ, who probably pulls it a bit more to the side than I would recommend (though he still looks great). The second is by Will, from A Suitable Wardobe, and he’ll show you how to achieve that tie arch.