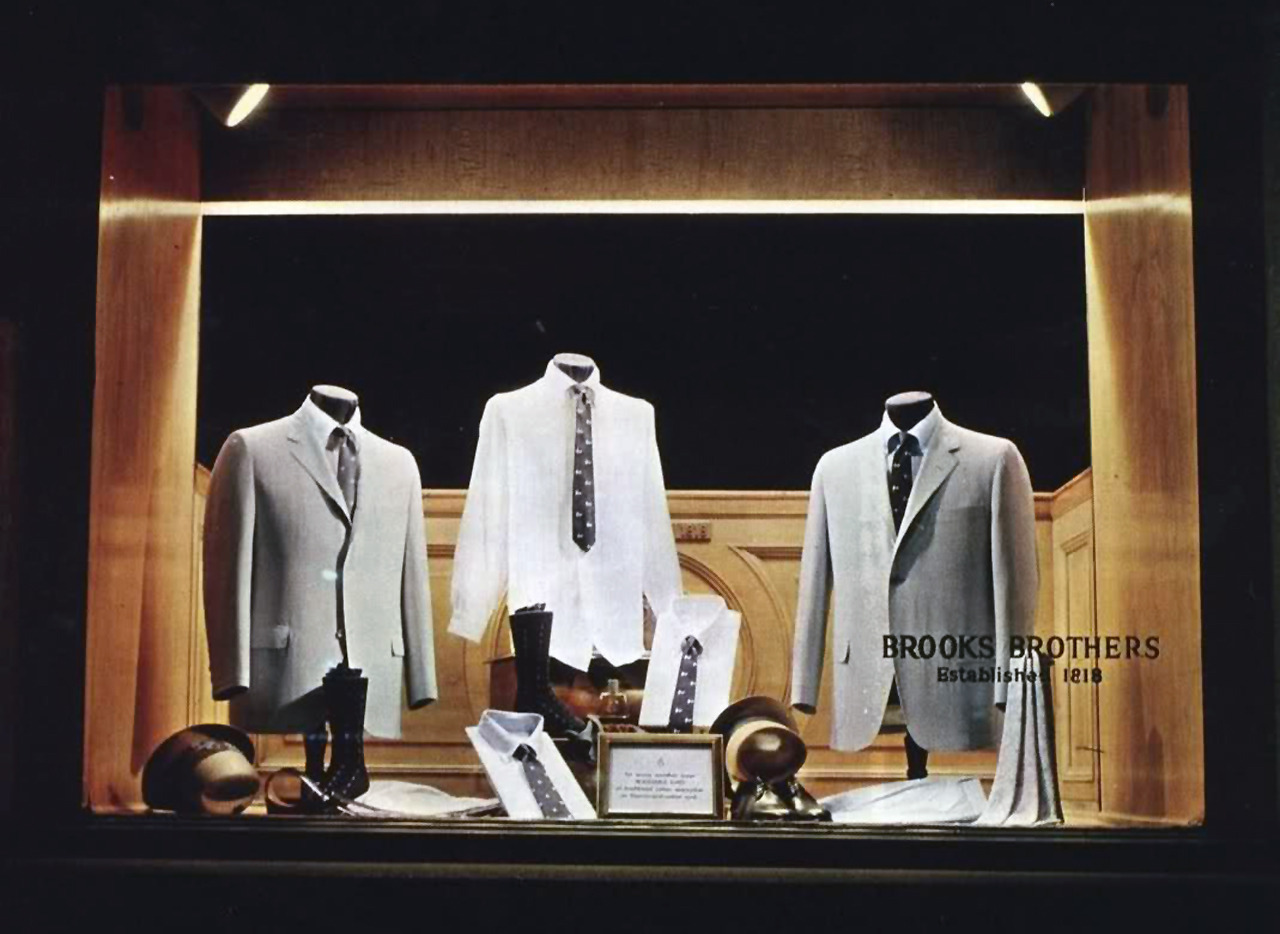 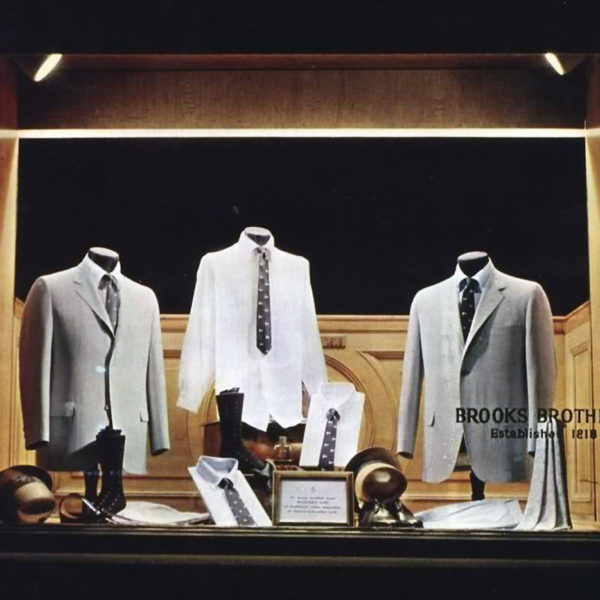 From a September 28, 1958 edition of the New York Times, a panel discusses what they think of the then-trending Ivy League Look:

Raymond Loewy, Industrial Designer: “What do I think about the Ivy League Look in men’s fashions? I’m not the type myself. But let me analyze it as a packaging problem.

A good package ought to protect the contents; describe the product inside; call attention to itself; express the distinction of the product in relation to the competition and stimulate the desire to own it.

Ivy League styling has probably done this for a kind of slim, youthful, collegiate product which is very popular in a segment of the American market. The style has its points – the slender trousers are not bad compared with its elephantine, overlong pants ‘a la Khrushchev.’

But generally speaking, Ivy League hasn’t done a thing to sell the bulky, overage, undermuscled male who represents the mass market. What man with a something less than Gregory Peck leanness is much enhanced by being stuffed into the equivalent of a grey flannel mailing tube?”

James Kelley, Advertising Executive: “The ILL (Ivy League Look) was here BBB (Before Brooks Brothers), and therefore seems obsolescence-proof. Any raiment tic which has withstood the eras of Victoria, Edward, Doughboy, Coolridge, GI, and latter-day Squaredom must have something. The ‘something’ is unpadded honesty, unfrilled comfort, and freedom from guile.

Those narrow ILL shoulders, center vents, and unpleated trousers offer soothing anonymity. ILL will hold firm against side-vented glumness of the BCL (British Continental Look) and remain in favor among canny Madison Avenue where nobody cares to compete with colorful client plumage.”

Ashley Montagu, Anthropologist: “The Ivy League look in men’s fashion is to be deplored on a number of grounds, if not the ground of taste itself. The Ivy look is a sorry testimony to the fact that individuality is something to which most men have ceased to aspire, and that conformity has become the ideal. Even those who have never seen the outside of an Ivy League college want to look like a pickled undergraduate.

Imitation of our betters is well enough – but not so much of their exteriors as of their interiors. It is not clothes that maketh the man, but manners. If we are going to be tailored to the same pattern, we shall end up as dull, dreary, and disappointing as the man in the gray flannel suit. Blessed are the eccentric, who do not conform to conformity either in dress or in ideas.”

John Wood, President of Brooks Brothers: “For generations, the Brooks Brothers Look was a byword in the Ivy League colleges, signifying – as it still does today – not only the natural shoulder and other Brooks styling details, but conservative good taste in dressing generally.

That this basic look has recently been ‘discovered’ and named ‘The Ivy Look’ merely illustrates once again that imitation is the sincerest form of flattery.”

Apparently, aside from a seemingly insufferable advertising executive and the then-President of Brooks Brothers, other people didn’t seem to care for it.