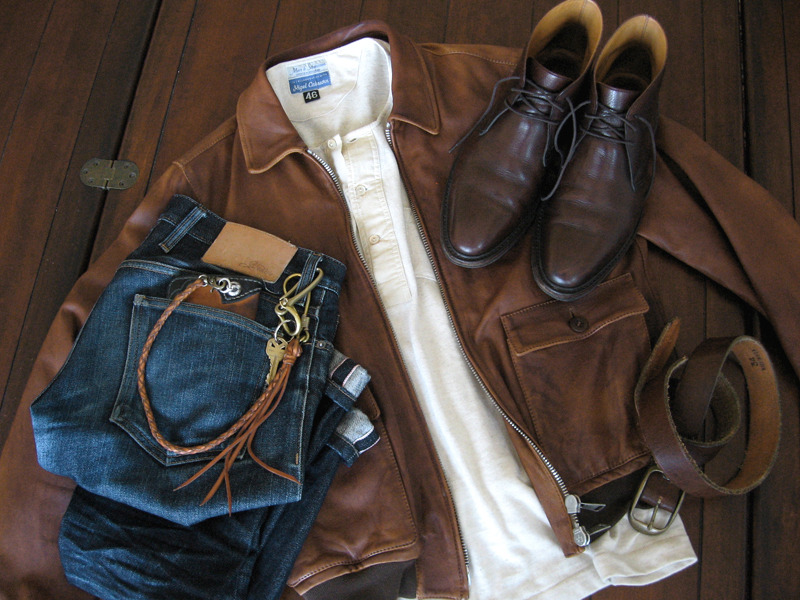 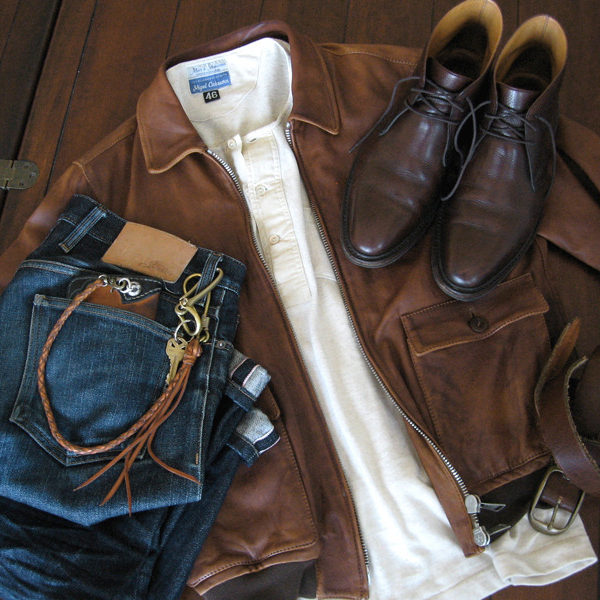 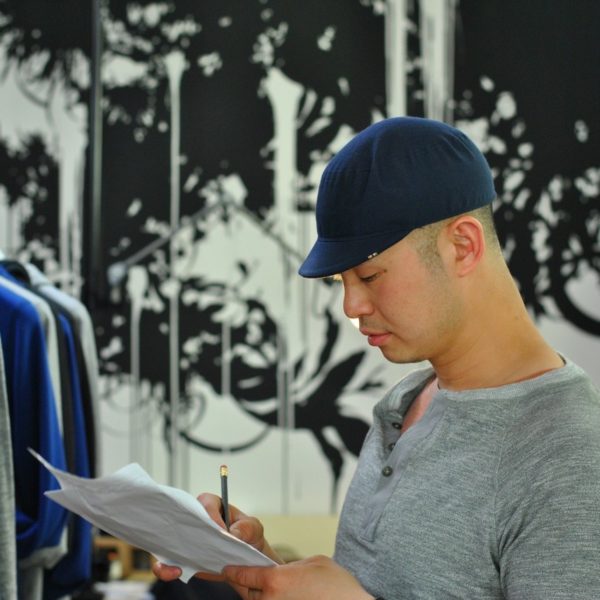 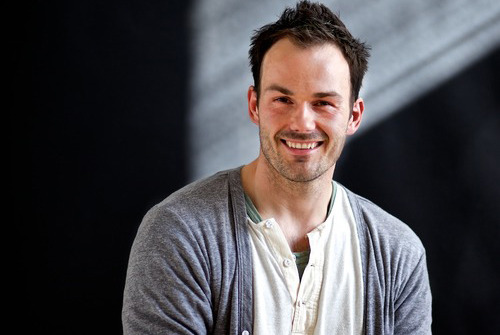 So lately, I’ve been wearing this outfit pretty often on weekends – a white t-shirt, brown leather jacket, pair of raw jeans, and either sneakers or brown leather boots. It’s an incredibly simple thing to put together and requires very little maintenance. No ironing, no dry cleaning, and no worrying if I’ll stain my t-shirts (as they’re quite cheap to replace).

Wearing the same thing often can be a bit boring though, so sometimes I’ve been swapping out the white t-shirt for a henley. Henleys are pullover shirts with rounded collars and short, buttoned plackets at the front. In the mid-century, they were sometimes know as Wallace Beery because of their association with the 20th-century actor, who was sometimes seen wearing the style on-screen. Some men understandably feel that henleys look too much like long underwear, while others who are old enough to remember the 1990s might think they’re a bit too “Eddie Bauer." However, if worn with the right kind of clothes, I think they can look pretty good. I wear mine with jeans and leather jackets, but in the photos above, you can see Fok from StyleForum wearing his alone, and Brett from Viberg Boots wearing one underneath a cardigan.

You can find henleys at any number of places. Wings + Horns, RRL, Archival Clothing, Schiesser Revival, and Reigning Champ make them almost every season. Certain stores, such as Blue in Green, Unionmade, and Cultizm also have wide selections, and now that J Crew carries Homespun Knitwear, there should be a decent version in almost every American mall. Additionally, folks looking for a deal might want to visit Bench & Loom. They have a ton of great stuff on clearance right now (though not everything is listed in their sale section, so you’ll want to click around). Included are some henleys starting at $56.

Mine are designed by Nigel Cabourn and made by Merz b. Schwanen. They have some vintage-reproduction detailing that I really like, but this particular model is hard to find nowadays (it’s from an old season). Retail is expensive, but like with everything, if you wait for the right sale or scour eBay, you can pick one up for a fraction of the price (I paid about $100-125 for mine). Merz b. Schwanen also makes a wide range of henleys that they’ve designed (here’s one on sale).

I admit, I don’t wear my henleys often, but it’s nice to have a little variety in the dresser drawer when I want to (slightly) deviate from my weekend uniform.