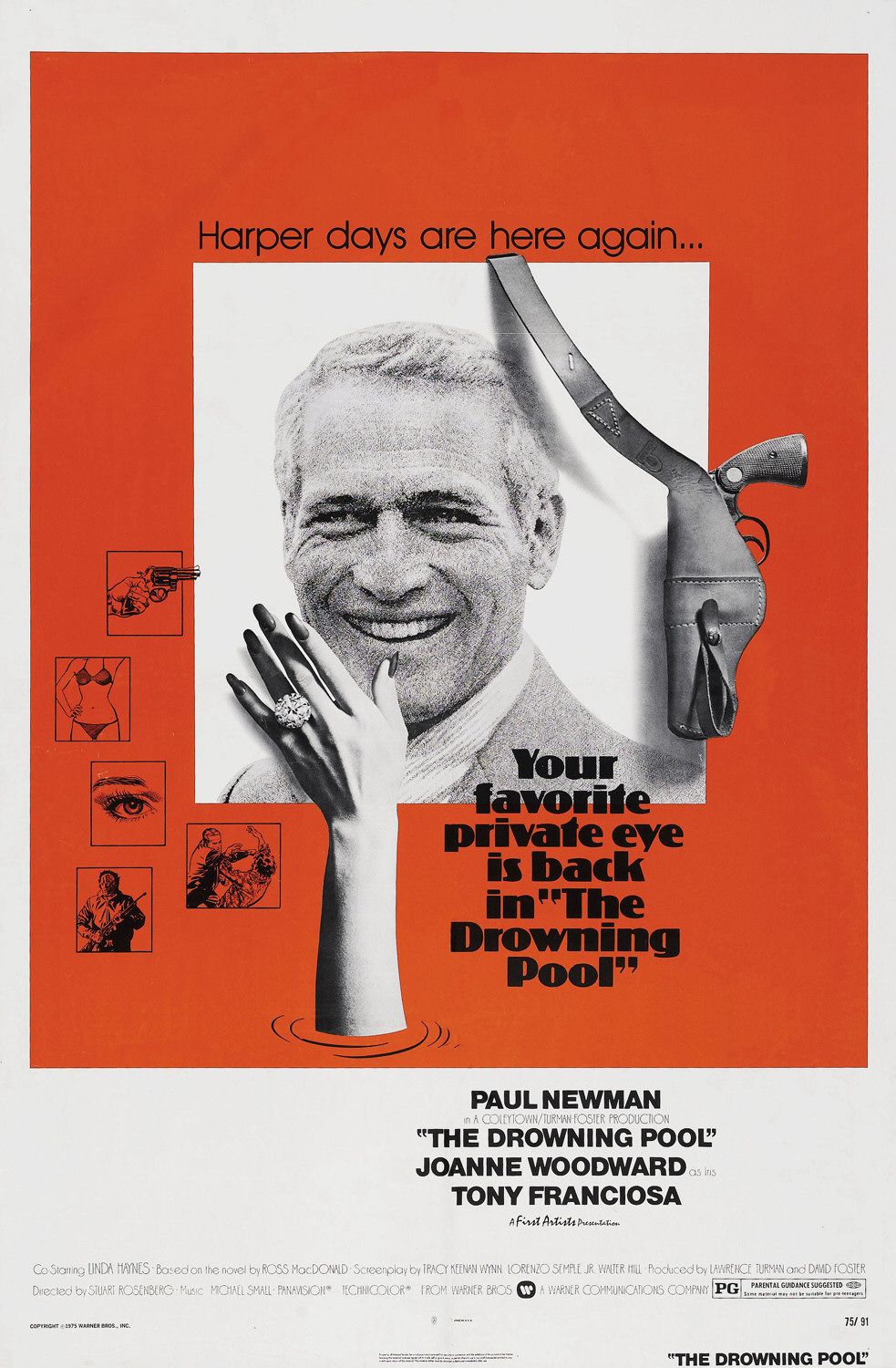 As eras recede into the past, it’s tempting to narrow our view of them. Thinking about how people dressed in the 1960s, it’s easy to boil it down to a few archetypes reinforced by pop culture–Mad Men in the office, flower children at Woodstock, JFK on and off duty. Narrow lapels and the first iteration of Ivy Style. It follows that the 1970s was a reaction to that–broad, exaggerated clothing, swirling colors, all loud everything. Of course the truth is that underneath what we consider the prevailing aesthetic, people were mostly dressing roughly like they had in the preceding years. Not everyone in the 70s was wearing silk shirts and platforms.

In 1966, Paul Newman starred in Harper, a private eye movie based on a 1949 hard-boiled crime novel. The movie and novel are both well regarded but both made after the primes of noir. A decade later, Newman reprised his role as Lew Harper in The Drowning Pool. The movie is… not fantastic. A little slow, not super compelling. But great looking. It moves Newman from the California setting of Harper to New Orleans, at a time when all the decaying infrastructure that gave True Detective season 1 its creep factor was new.

The Drowning Pool was filmed by Gordon Willis, who was also cinematographer on the Godfather and Godfather II. Roger Ebert said of the film, “things look so good we lose track of what’s going on.” He wasn’t talking about Paul Newman’s wardrobe, but I am.

Newman’s Harper tells the 1970s to cram it and wears simple, two button, single breasted suits in a plain gray weave, gray herringbone, and a tweedy brown. He wears button-down collars, mostly, and knit ties, exclusively. He’s Paul Newman, so he looks great, but unlike in some Newman movies, I know I, too, would look great in these clothes. Check out the simple but effective mixes of pattern, color, and texture in Harper’s work wardrobe:

His undercover casual game is solid, too. Check out this denim shirt unbuttoned over a Porsche tshirt.

Just in case you thought maybe this is just happenstance, how every character was outfitted, look how the wardrobe department dressed some of the other characters, including a corrupt cop and a moustachioed henchman. Far more stereotypically 70s. Harper is far less flashy — maybe to indicate his less corrupted morals; maybe just to show that he was an outsider in the New Orleans scene.

The one crook who looked OK to me was a sleazy oil tycoon played by Murray Hamilton (also Mr. Robinson in The Graduate). His safari jacket and Stetson Open Road have a very Jesse Thorn vibe.