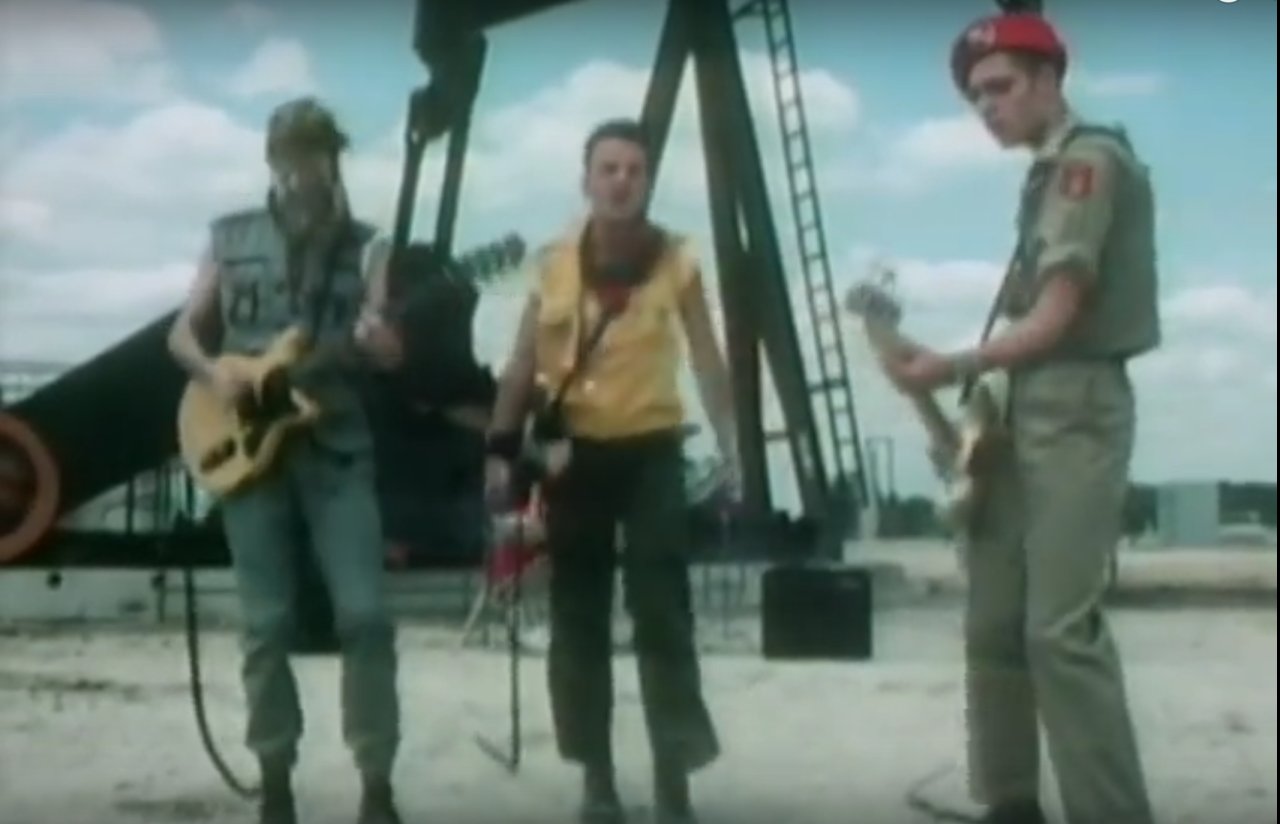 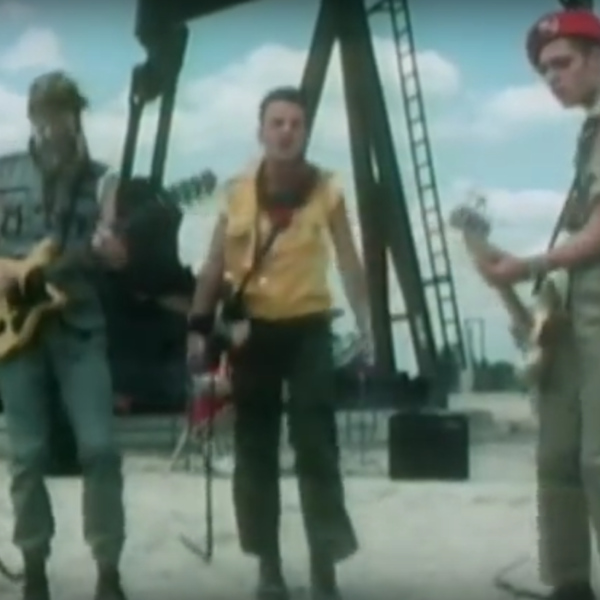 I was 2 when the Clash’s “Rock the Casbah” came out, but the video, which aired heavily on MTV at the time and on other music video outlets forever, had a strong influence on my teenage punk rock years. It was one of my introductions to punk rock appropriations of military clothing and iconography, and subversion of their authority. The narrative portions of the video are a little hamfisted, but the “live” shots of the band performing in an oil field are, dare I say, iconic.

I was recently reading I Want My MTV, the 2012 oral history of the early years of MTV, and happened upon an explanation for Mick Jones’s camo facemask in the video.

[Director] Don Letts: I was in Texas with the Clash to shoot “Rock the Casbah,” and Mick Jones showed up one day wearing red long johns, because he was in a mood. I said, “You really want to wear that for a video? If you look like a c— on film, you’ll look like a c— forever.” So he changed what he was wearing.

Mick Jones: I wanted to wear red long johns, but Don wouldn’t let me. That’s why I put a mosquito mask on my face, ’cause I was in a bad mood.

Filed Under: The Clash