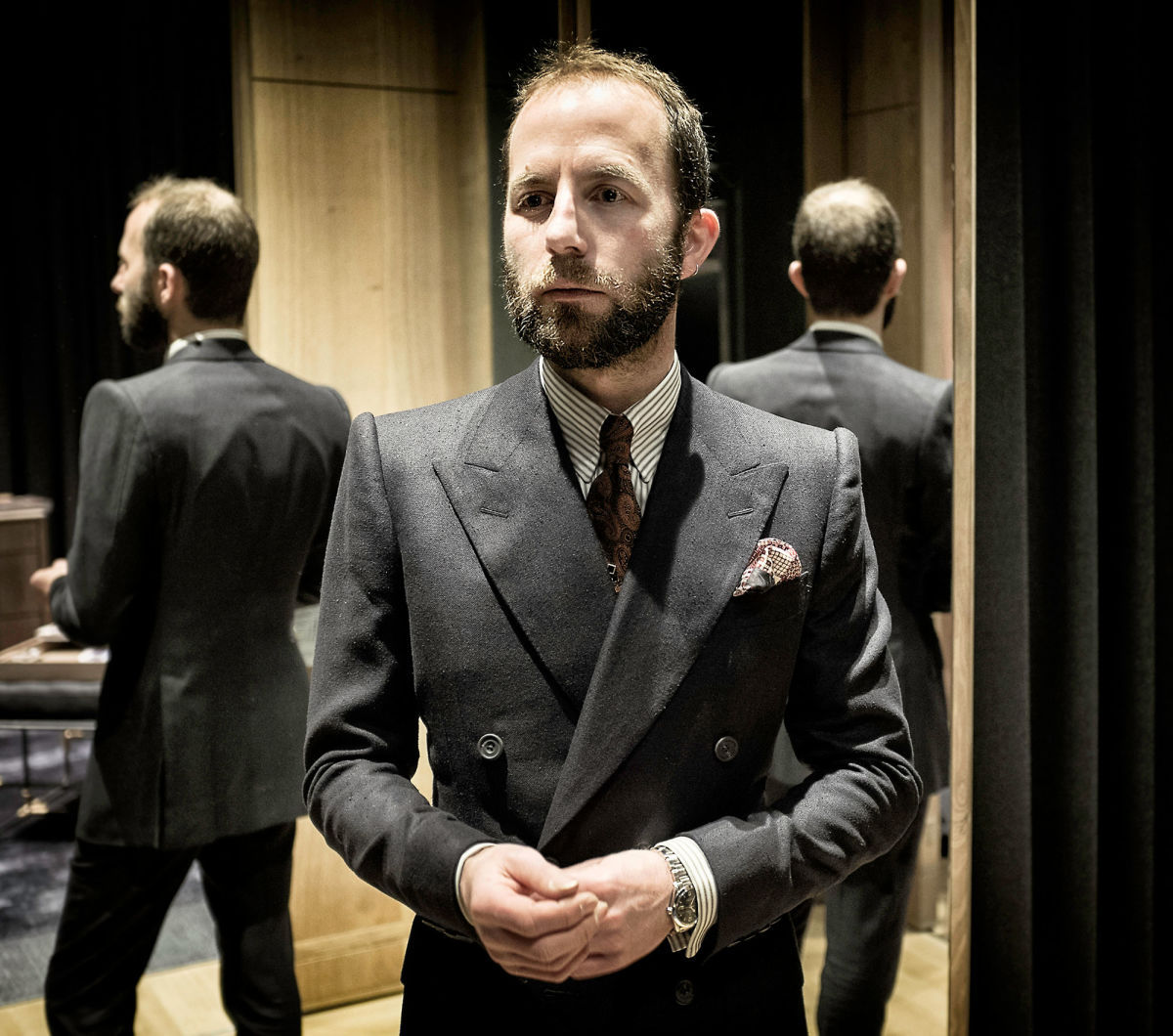 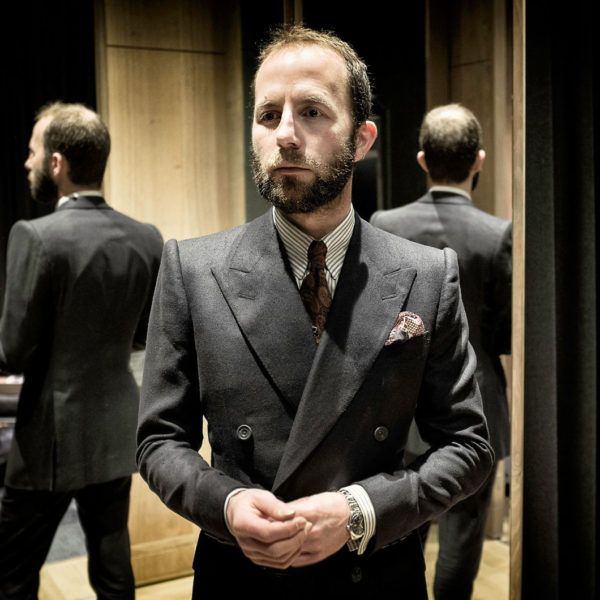 Novelist and creative writing professor Akhil Sharma has a nice piece in The New Yorker this week about Gieves & Hawkes cutter Davide Taub. In the world of bespoke tailoring, the work is broadly broken up into three trades – cutters draft the pattern and cut the fabric; coatmakers sew together the pieces; and tailors finish the details. Generally speaking, cutters are seen as taking the most important role (since they’re essentially the architects), and among Savile Row cutters, Davide Taub is a rising star.

The thing I like most about Taub is that he’s as creative as he is technically skilled. He’s mentioned in interviews that he admires the work of Rick Owens, which I find refreshingly open minded (a rare trait in the world of classic men’s clothing). You can see some of his work at his blog and Permanent Style.

Perhaps more than just a feature on Taub, however, Sharma’s article is about how much work and skill goes into a Savile Row suit. His quest to get something similar made in India for a fraction of the price predictably doesn’t end well. An excerpt:

When I saw Taub’s clothes, I was struck with desire. I have always dressed like a schlub; to do otherwise feels like competing to make myself attractive, which feels like setting myself up for humiliation. But I had the sense that if I wore a garment by Taub, I would become a different person. It was this desire—combined with the fact that one of his overcoats starts at around six thousand dollars, and one of his suits at eight thousand—that made me wonder if I could get a tailor in some less expensive part of the world to copy one of his garments.

I was concerned, though, about copying Taub’s designs—in effect stealing his intellectual property. To me, this seemed cretinous; I’m bothered, after all, that people have posted PDFs of my novels on the Web, so why should I do the same to someone else? With the hope of getting Taub’s blessing, I e-mailed him and asked if he would be willing to comment on and perhaps advise a tailor who was trying to copy what he had done. I told him that I would write an article about this attempt at reproduction.

Among the interesting things about Savile Row is that the people who work there have complete confidence that what they do is genuinely different and better than what other people can do. They appear to invite scrutiny, arguing that when their work is examined, it will be found admirable. Not only did Taub say yes; he also offered to give me a garment, so that it could be taken apart and so that the tailor who was trying to reproduce it would have the best possible information. His reasoning was that something made by Gieves & Hawkes could be taken apart but not put back together again in as lovely a form. Many of the decisions that go into making a garment what it is—how tightly a piece of cloth is pinched when it is sewn, or what angle the needle enters at—leave no trace except in the result.