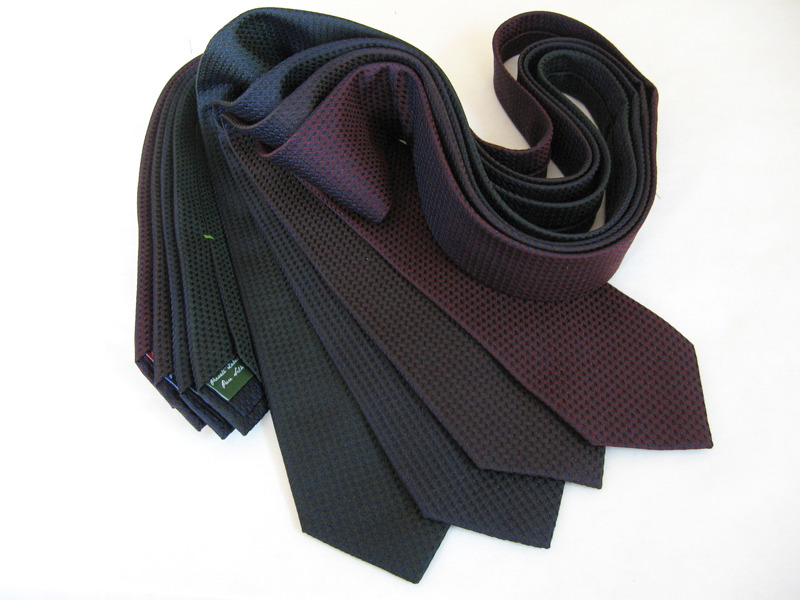 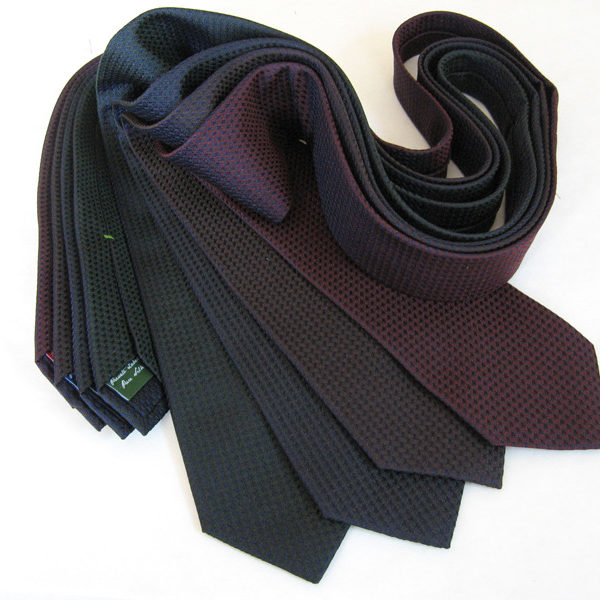 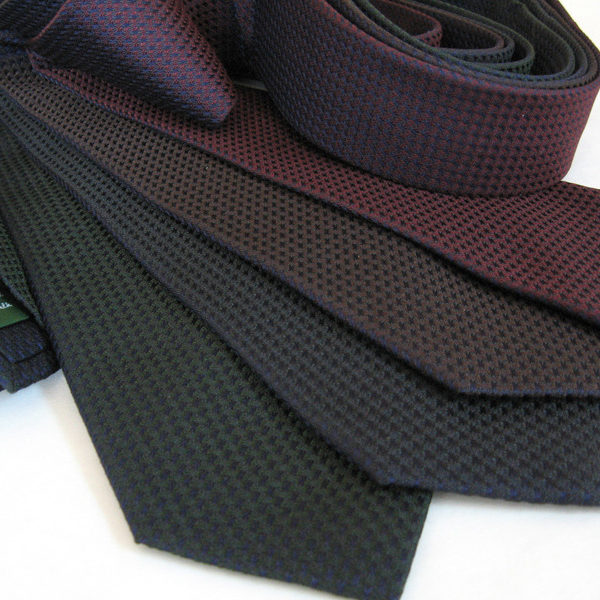 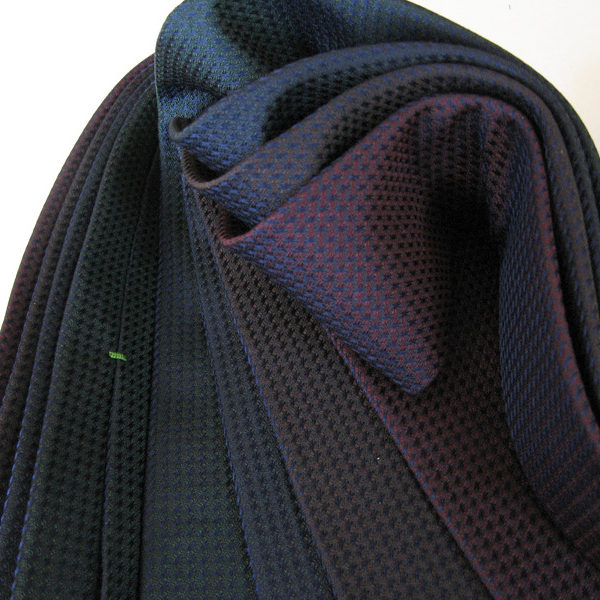 One way to add some slight visual interest to an otherwise basic tailored look is by wearing a two-toned tie. By that I mean ties that are woven with two different colors of silk. This is typically done on bindings such taffeta, oxford, and nattee, but other variations exist as well. Perhaps the most famous maker of such ties is Charvet, who makes a beautifully iridescent two-toned diamond weave.

Recently, a friend of mine, Thomas Busch, started a new luxury-end neckwear company called Private Label. In his first collection is an assortment of such ties. These look grenadine in nature, but they’ve all been woven with a navy weft and a different color warp. Weft and warp, as you may know, refer to the two different types of yarns that make up a fabric. Pictured above are a four variations. Here we see a navy weft woven with warps in green, soft green, brown, and wine. The weave is neither warp nor weft intensive, but rather shows both to almost equal amounts. Since the colors are similar to each other, the effect is subtle and quiet.

When I visited Antonio Panico last January with Gianluca Migliarotti, both gentlemen were wearing similar ties. In fact, you can see Gianluca’s tie here, which is made by Liverano & Liverano, a bespoke specialist tailor in Florence, Italy.

Mr. Busch’s ties happen to be fully handmade, and of all the people I know in the neckwear trade, he’s one of the most knowledgeable. I’ve been wearing his ties often the last month. Some are a bit heftier and meatier than the unlined varieties that many (including myself) love, but they’re all incredibly nice. The two-toned ties you see above are medium weight, and they make a very nice conical knot. I encourage you to check out his company; it’s a true labor of love by a man who knows a lot about neckwear.