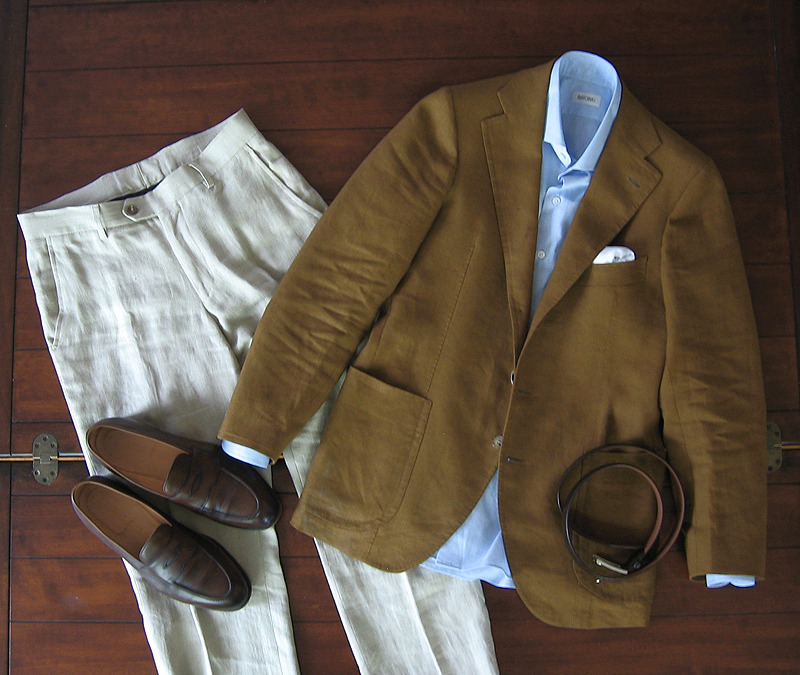 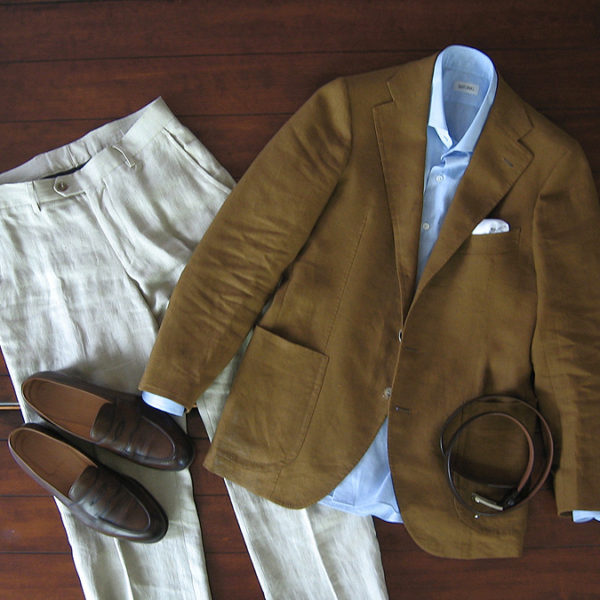 I love suits, but being that I don’t work in law or finance, don’t live on the East Coast, and am (what I’d like to think) a relatively young guy in his mid-30s, I don’t get to wear them very often. So, I buy most of mine these days in causal materials, such as cotton, linen, and corduroy. That way, I can have a casual suit for social occasions, or break the pieces up and wear them separately. In the above, for example, the brown sport coat is actually a suit jacket that’s part of a cigar linen suit I bought last year.

With a casual suit, even the trousers can be worn separately. Corduroy, linen, and cotton suit trousers just become … well, corduroy pants, linen pants, and chinos. And since these pieces came as part of a suit, the jacket’s length will be a bit longer than most sport coats these days (which often look too short anyway) and the pants will have a slightly higher rise (which I think looks more flattering anyhow).

The only downside, of course, is the cost. A good suit – whether made from a fine worsted wool or a more casual material – can run you $1,000 or more at the retail level. Depending on how you break up that price, that’s a lot more than what you’d typically pay for a casual pair of pants and a sport coat. Those won’t match up to form a suit when you need them to, but they will be less expensive.

If you can afford them, however, casual suits can be great, and they’ll give you a lot of versatility in your wardrobe. You can find them at most places that sell tailored clothing (try our suit buying guides here and here). No Man Walks Alone also has a rare Minnis Fresco option this summer. Fresco is an open-weave, worsted wool (which makes it breathable on hot days) and it has a bit of a texture (which means you can wear the jacket as a sport coat). Remember: the rule of thumb for wearing suit jackets as sport coats is to avoid anything that’s made from a very silky or finely woven wool. It should never look like you’re wearing a suit jacket by itself, even if you are.