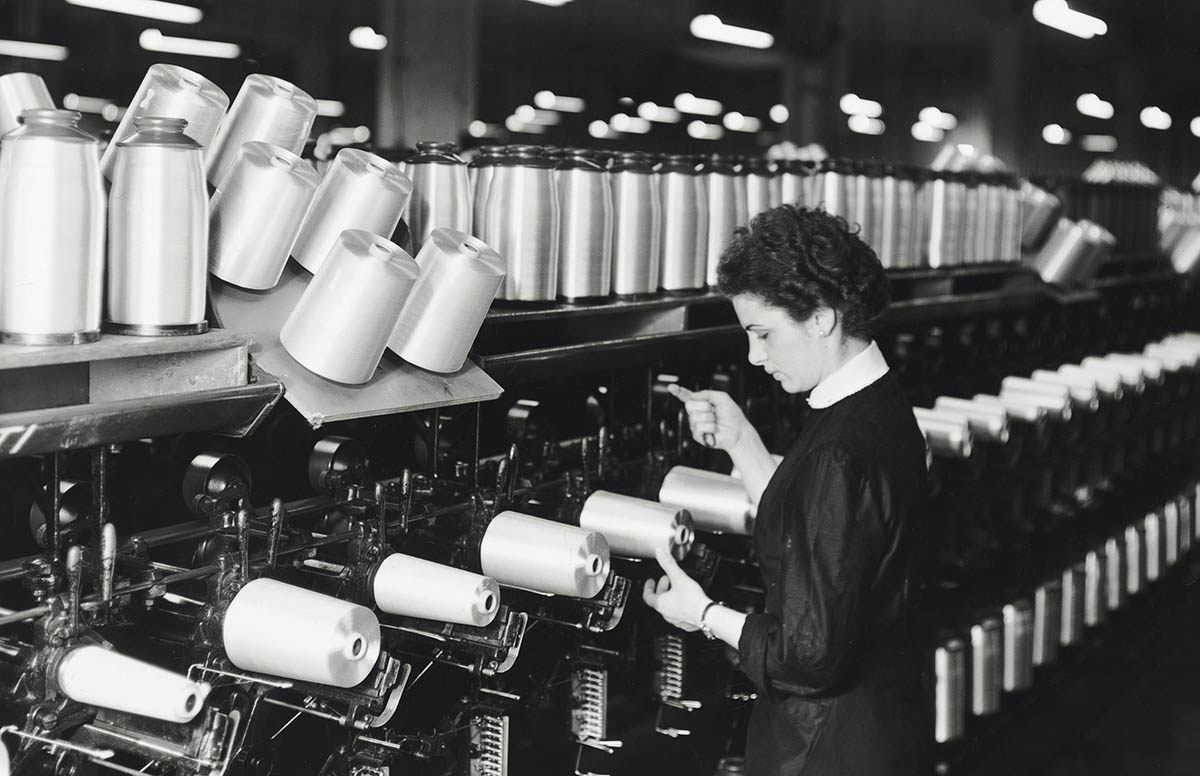 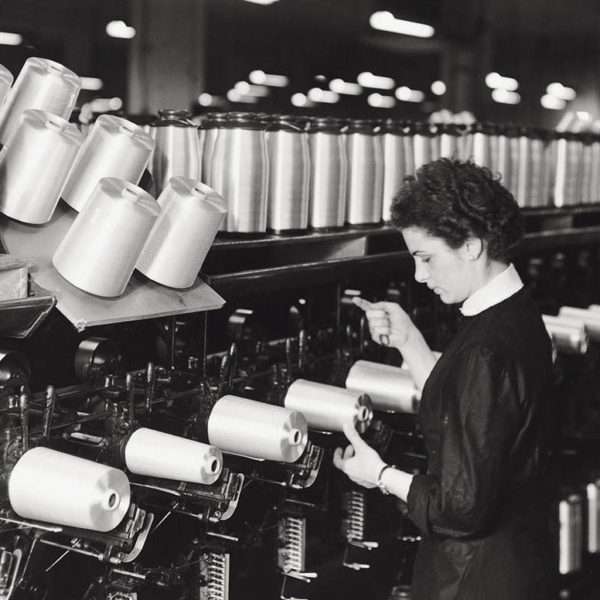 Did you know some of your clothes might be made from milk? Uniqlo’s popular Heattech line, for example, is partially made from milk proteins. Over at Atlas Obscura, they have a fascinating story about the history of milk-based clothing. It apparently starts with Filippo Tommaso Marinetti, an Italian intellectual who penned the Futurist Manifesto in 1909, which would later help build the country’s Futurist movement. The Italian Futurists (which would be a cool band name, by the way) glorified war, embraced technology, and played with nontraditional structures in art – they broke grammar rules in poetry and experimented with perspective in paintings.

They also had some radical ideas about fashion, well before the rise of avant-garde designers such as Martin Margiela and Rei Kawakubo. They wanted to make clothes out of “new revolutionary materials,” such as glass, tinfoil, aluminum, paper, cardboard, gas, fish skin, and … milk. An excerpt:

The idea was not entirely novel. Between 1904 and 1909, German chemist Frederick Todtenhaupt attempted to turn milk byproducts into a fibrous silk substitute. Though his efforts failed, their underlying premise intrigued Marinetti’s band of Futurists. Many began to speculate that milk was the fabric of the future and would one day comprise all styles of dress.

It wasn’t as crazy as it might sound. Wool is a protein, so on a molecular level, it has a very similar structure to casein, the protein found in milk. Chemists simply needed to figure out how to process casein in a way that emulated the texture of wool.

Thus, for milk-based clothing to happen, Marinetti and the Italian Futurists needed to wait for the technology to catch up.

That moment came during the 1930s, when Italian Prime Minister Benito Mussolini began his push for the country to achieve economic self-sufficiency. Mussolini had stormed into office in 1922 amid popular resentment for what many saw as British, French, and American stiff-arming in the Treaty of Versailles. Marinetti was one of his early proponents. In 1919, Marinetti’s short-lived Futurist Political Party—an attempt to bring Futurist ideas into government—merged with Mussolini’s Italian Fascist Party. The two were associates—Mussolini once called Marinetti a “fervent Fascist”—and they shared the goal of strengthening Italy’s economy in preparation for coming wars.

One way they accomplished that? Milk clothing.

And in 1935, SNIA Viscosa acquired the rights to a new kind of fiber: a milk-based synthetic wool that, building on Todtenhaupt’s earlier work, the Italian engineer Antonio Ferretti had recently perfected. This new milk fiber was dubbed lanital (a compounding of lana, meaning wool, and ital, from Italia).

The lanital production process that Ferretti pioneered went like this: first, scientists added acid to skim milk, which separated out the casein. The casein was then dissolved until it developed a viscous consistency. Next, according to TIME, the casein was “forced through spinnerets like macaroni, passed through a hardening chemical bath, [and] cut into fibres of any desired length.” The result? A substance that mimicked wool.

By the mid-1930s, “milk wool” had been used to make suits, coats, dresses, and flags, but it was soon given up because customers found the fibers weren’t as strong as traditional wool (and, by that point, synthetics were a more practical and cheaper alternative). Perhaps most hilariously, people found milk-based clothes sometimes gave off a foul odor. “When damp, [lanital and aralac] smelled like sour milk, causing many consumer complaints.” (Today’s milk-based fibers supposedly don’t have that problem, and is used by niche companies).

You can read the rest here. Below is a rare glimpse from British Pathe, shot in 1937, showing how manufacturers back then use to derive fibers from milk.