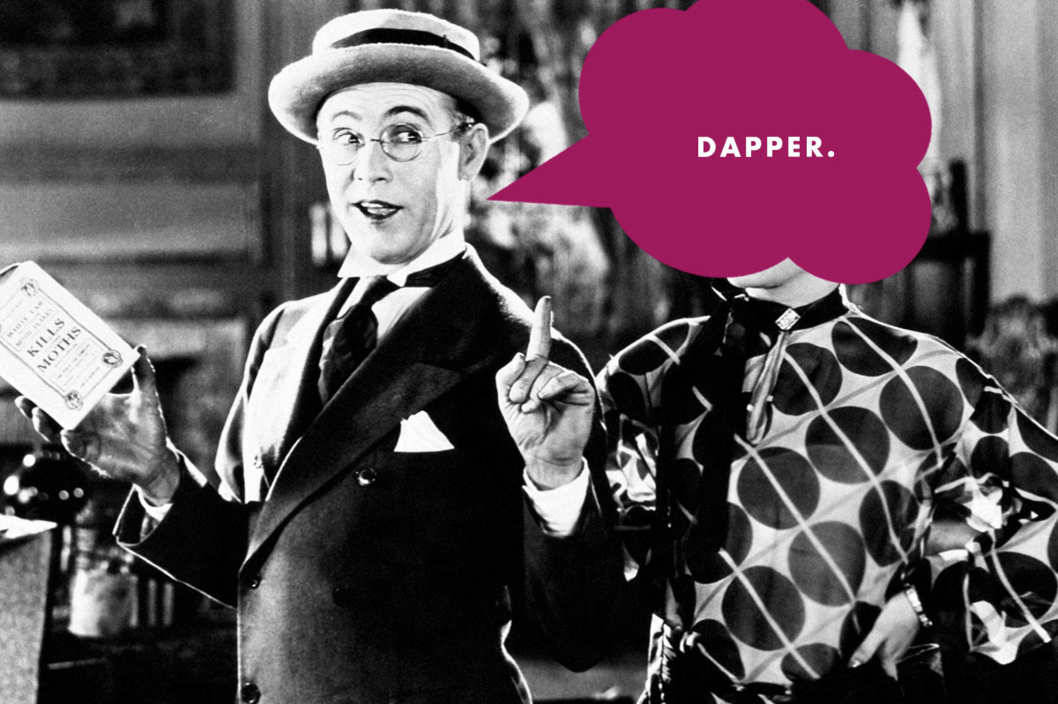 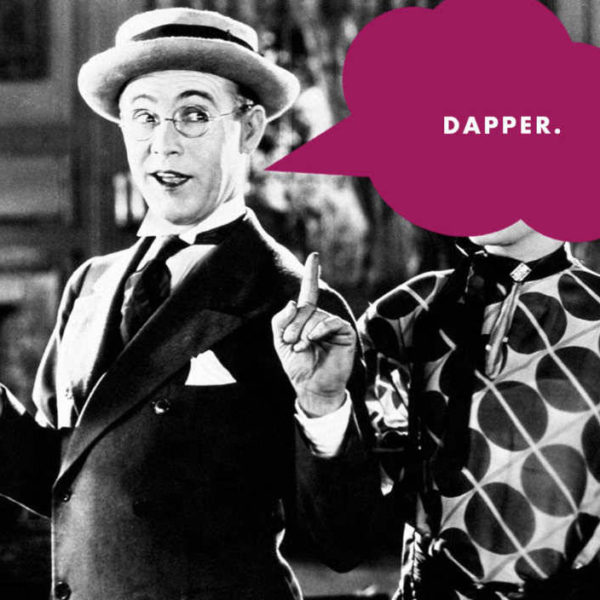 I’m sure there are lots of men who would be happy to be called dapper, but if you’re anything like me, you cringe at the word. Although, I’m not sure why. Maybe because it has an old fashioned, fedora-tipping ring to it? Something you might call a Tweed Run dandy.

Or, as Martin Mulkeen suggests at The Cut, because it sounds something like a mom would say to a little kid. A way to recognize effort, more than effect, it’s a vocal pinch on the cheek for someone who’s obviously put a lot of effort into how they look. An excerpt:

Dapper was once a bold ideal, embodied by showbiz greats like the nimble Fred Astaire. But now, it’s typically used to describe a male who has endeavored to reach beyond the perceived limits of his sartorial prowess. In its every utterance, a cheek is figuratively pinched, a quiet, mild humiliation endured. It’s easily transposed with, “Well, I could just eat you up.”

Think of the teenage son trying on an oversize rental tux for sophomore-year winter formal, or the younger brother who just discovered desert boots. The effort involved can be real or imagined: Think of that Instagram of your friend’s “dapper” toddler dressed in suspenders at a Kentucky Derby party (“dyinggggg”). Or the “Menswear Dog,” that obedient, agency-less, heavily monetized Shiba Inu grinning in a turtleneck or a camel-hair coat.

True, there are plenty of people (both men and women) in the year 2016 who embody dapper in both effort and effect: Tom Wolfe, Gay Talese,Dapper Dan, the trendsetters of the Dapper Chicks Movement. These people are taking direct aim at dapper and hitting the mark. Your co-worker who opted to tuck his flannel into his jeans today, on the other hand, is not. Trust me, he’d prefer that patented tuck-in move come off as effortless.

So if you shouldn’t call a man dapper, what words can you use? I’m not sure Mulkeen’s suggestions are any better (”crispy” non-tongue-in-cheek somehow manages to sound even cornier, and “well-appointed” is straight-up weird). The best suggestion: be specific with your compliment. Say you like someone’s sport coat, leather jacket, or 13.5-oz-Japanese-rope-dyed-unsanforized-Zimbabwe-cotton-selvedge jeans. That kind of specificity, incidentally, is also a good way to compliment a woman’s appearance without sounding insincere or creepy.