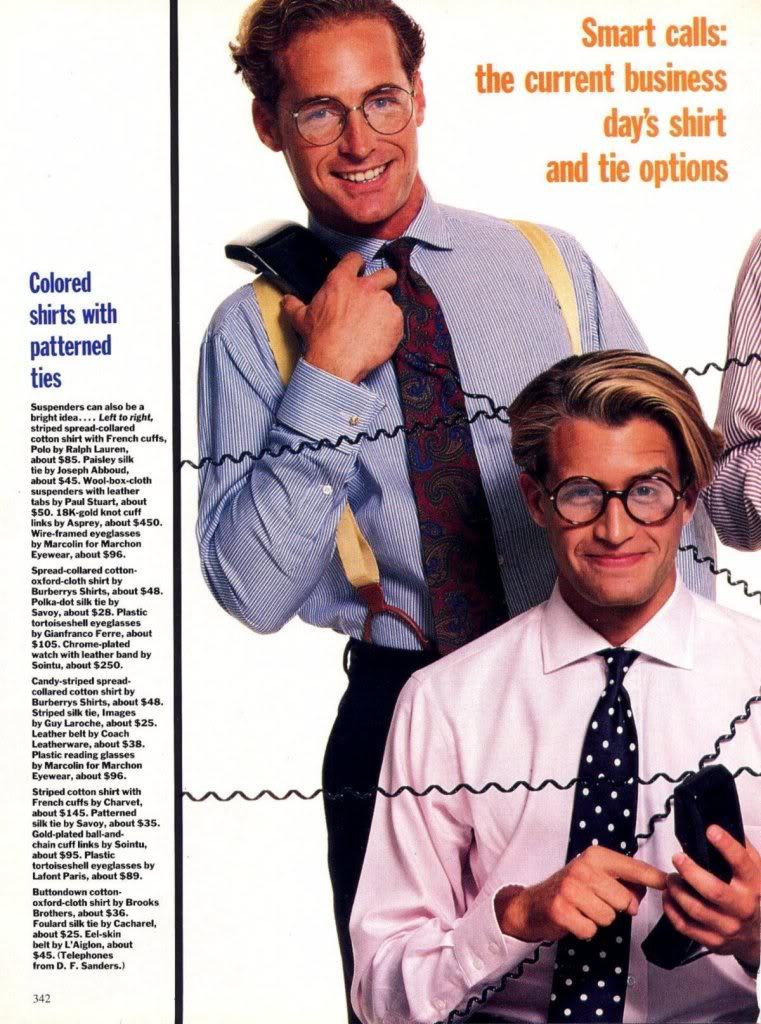 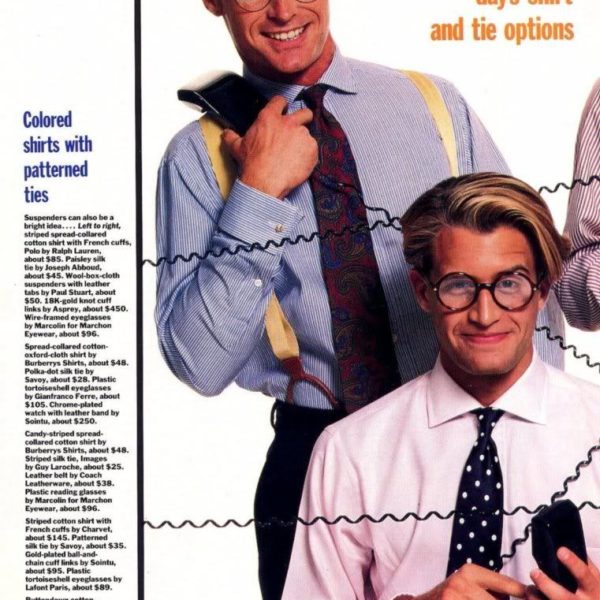 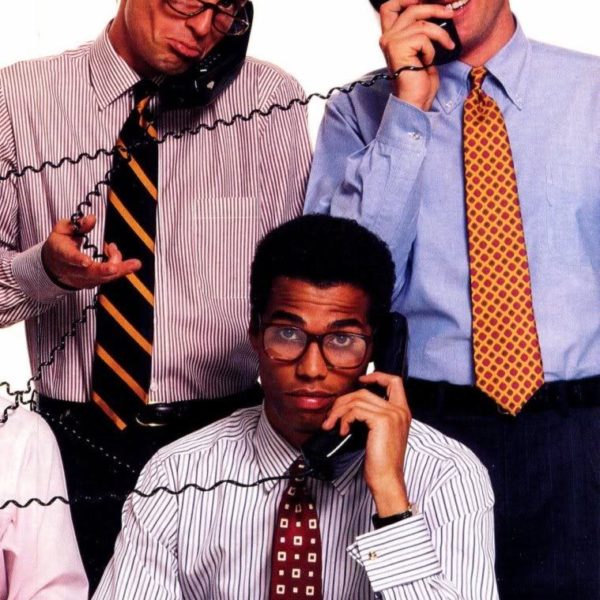 If we’re considering this 1987 GQ spread a cultural artifact, we have to assume that in the 1980s, business was conducted by smiling, mostly white men in glasses entirely via phone. Sounds about right. But other than the overrrepresentation of French cuffs, I would wear most of these shirt/tie combos today. Madder with blue stripes? Yes. Repp tie with candy stripes? Sure. Neat print with an OCBD? You betcha. The poor guy on the bottom right is the only one in an overwhelmingly 80s combo of power tie and alternating striped shirt (from Charvet, no less). Also notable that the Brooks Brothers OCBD on the right was by far the cheapest option shown, at $36 (about $75 in 2015).