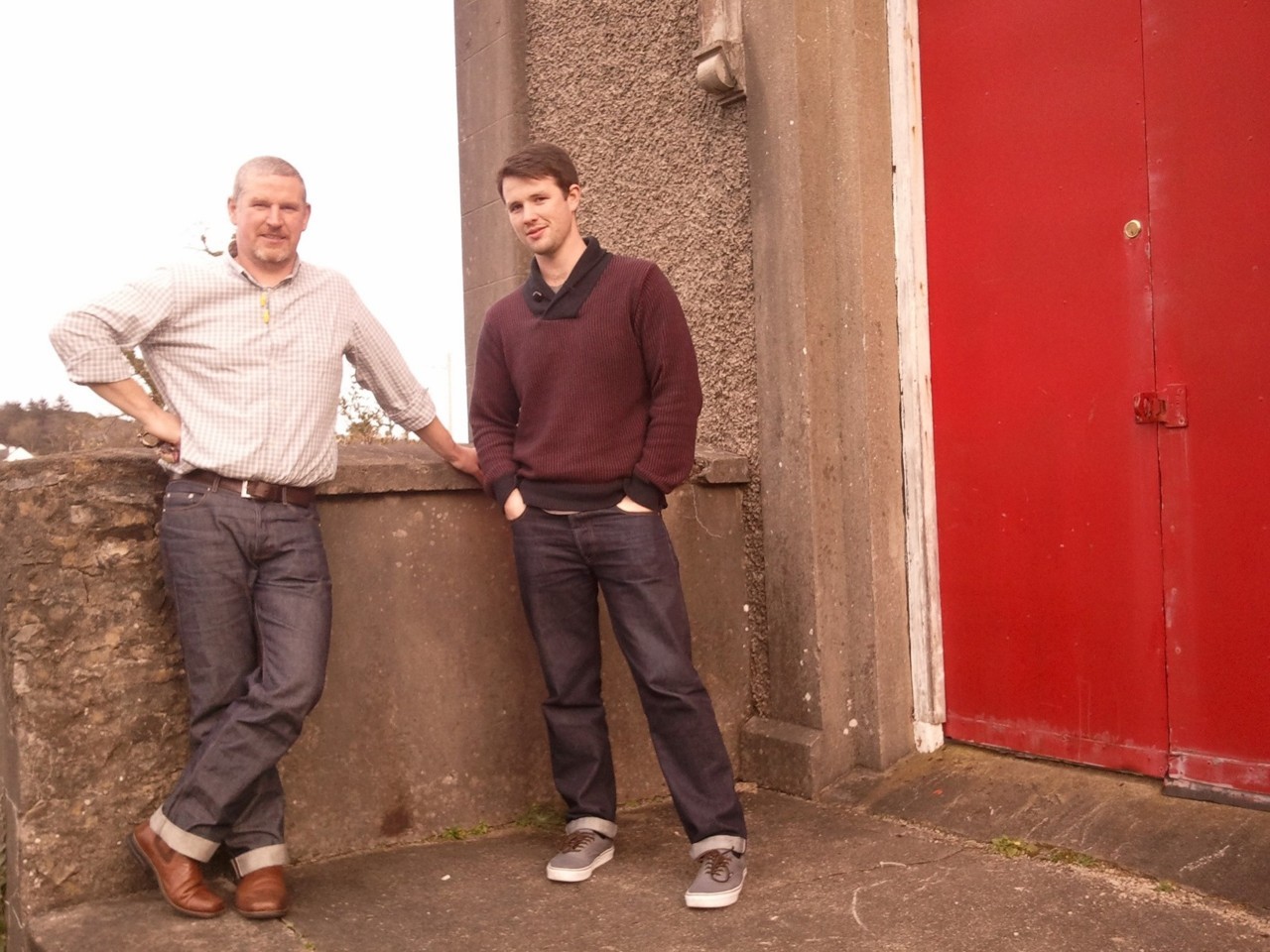 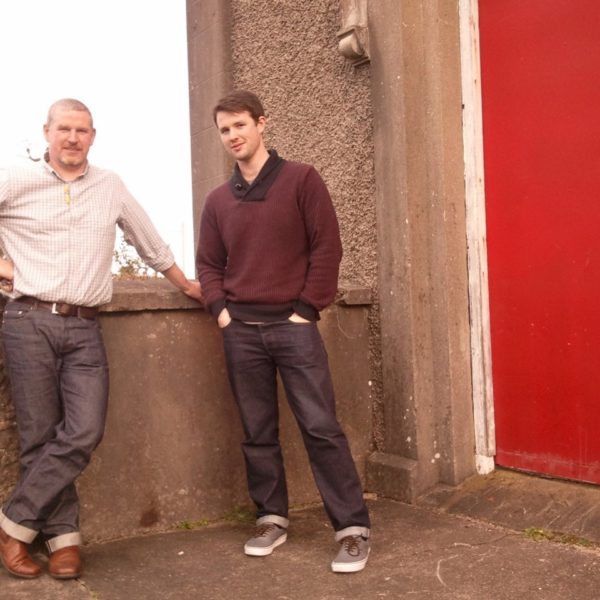 This is Sean and Kieran Molloy, two generations of a Donegal tweed weaving tradition that goes back many more. Kieran’s grandfather (Sean’s father) John Molloy started a tweed mill in Donegal, on the west coast of the northernmost part of the Republic of Ireland, fifty or so years ago. John was already a fourth- or fifth-generation weaver.

Over the years, John Molloy’s business moved further and further away from weaving and towards knits, so Sean and Kieran started Molloy & Sons to make the traditional Donegal tweeds that the family had always woven. The factory sits in two barns, one new and one old, on land that has been used by Molloys for weaving for more than a century, a few steps from the house where both Sean and Kieran were reared. Above, Sean and Kieran are standing in front of their warehouse, a converted community theater.

I spent a wonderful morning with the Molloys today, touring their modest two-man operation and learning about how tweed is made. Donegal tweed is a distinctive and remarkable form of the fabric, but it isn’t protected by trade law as Harris Tweed is. This has meant that cheap Chinese and Italian knock-offs have pushed the industry in Donegal to the brink of disappearance. There are only two commercial tweed mills left in Donegal – the venerable (and sizable) Magee and these two fellas: Molloy & Sons. There’s a recession bordering on depression in Ireland at the moment, and these two gifted craftsmen (and sharp businessmen) are fighting for a future for a textile tradition that their family has guarded for hundreds of years.

I’ll have a fuller writeup of my visit to Kieran and Sean’s shop when I’m back in the States, but for now, check out these brave guys and their wonderful firm.