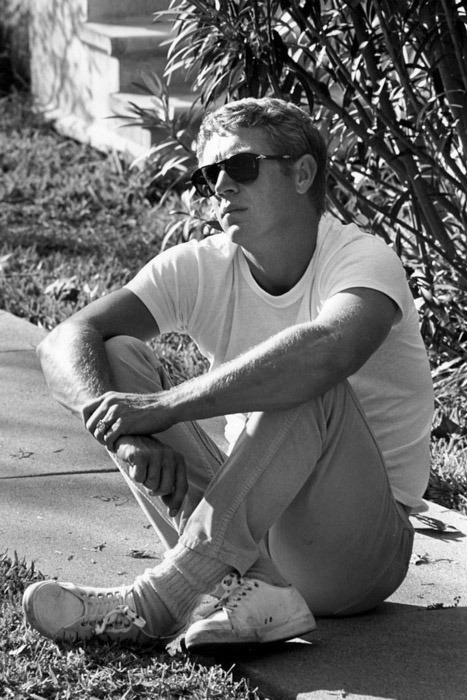 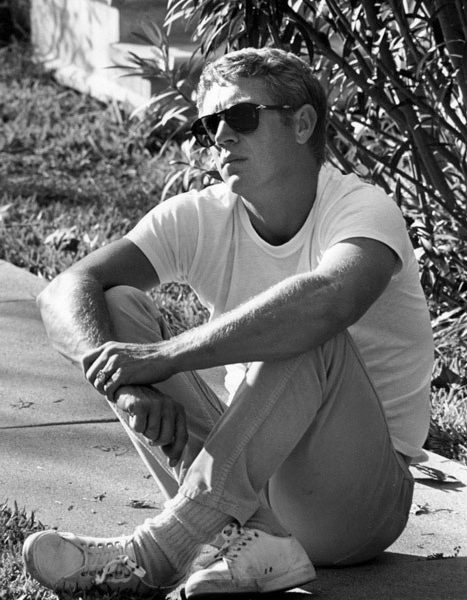 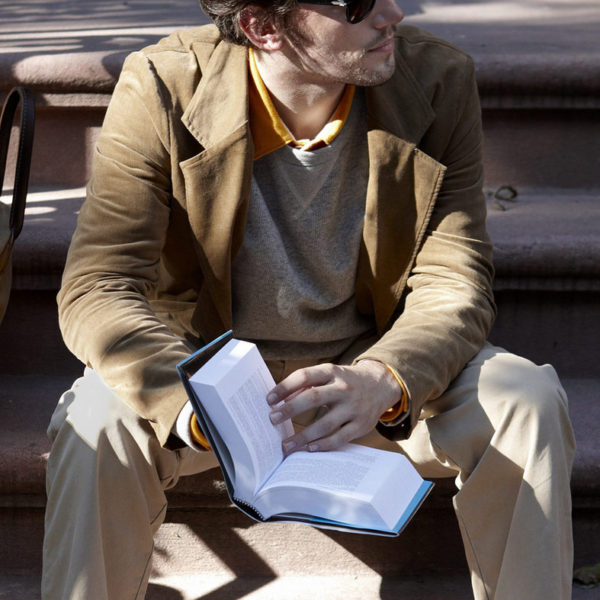 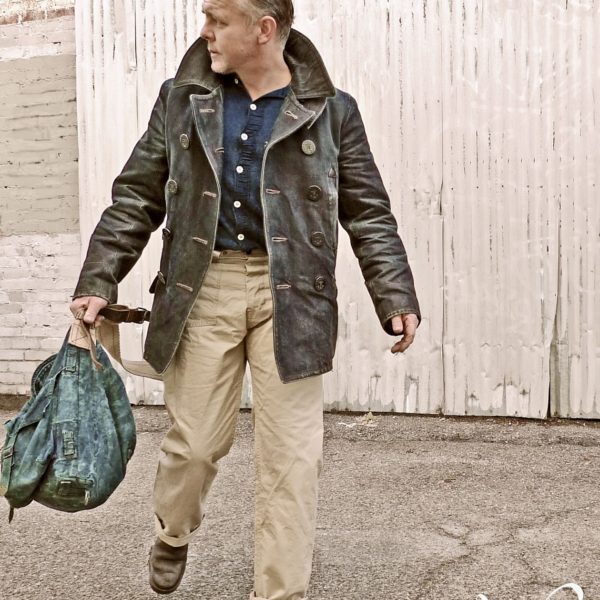 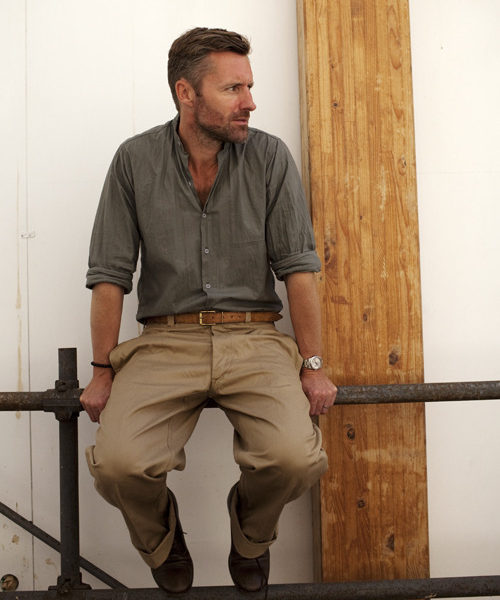 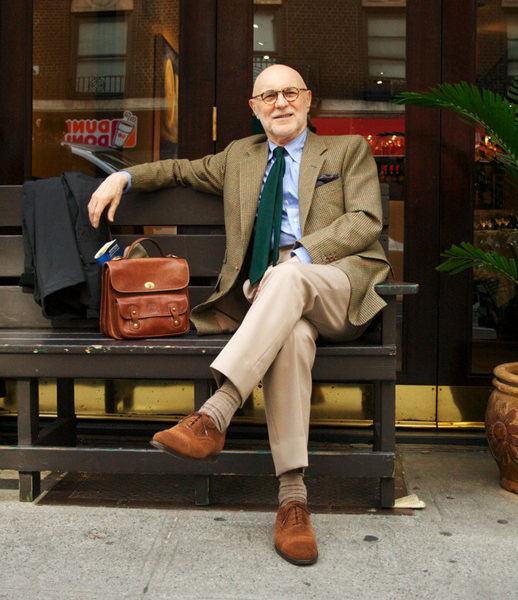 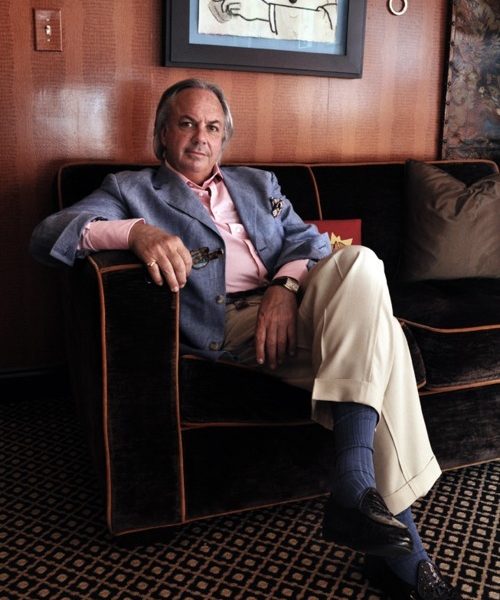 Khaki chinos are not, as they say, just khaki chinos. Though they’re always casual, they come in different flavors of informality, and it’s good to be sensitive to these differences when you’re choosing the right pair to wear for the day.

I think of chinos as being of three varieties. The first is your standard casual pair, which is what you most commonly find in shopping malls. These are distinguished by visible stitching on the inseams and outseams (the seams going up and down both sides of your legs). They’re also often made from cheaper materials, sit lower on your hips, and sometimes feature some kind of “wash” or “distressing.” That means they look a bit more beaten up – faded around the lap and slightly frayed along the pockets and leg openings. These, in my opinion, are best worn with casual shirts, such as those made from a rougher cloth (e.g. oxford) or feature bold patterns (e.g. bright madras, plaid flannels). They’re also fine with things such as t-shirts, polos, cardigans, and sneakers. If the length of your shirt permits, you can wear it untucked. They’re less optimal, however, with dressier shirts – such as shirts made from smooth poplin, have no chest pocket, and feature French fronts. Those would be too dressy for this kind of pants.

Your second type is the workwear variety, which differ from the first category in their material and fit. Workwear chinos are made from tougher twill cottons and allowed to fit differently. Whereas traditional men’s pants should fit in a certain way, workwear chinos can have a bit more rumple in the leg line and seat (though they don’t necessarily have to). In short, these should feel and look a bit rougher. They are, after all, supposed to express a certain workwear sensibility. Such chinos can be worn with chambray shirts, plaid flannels, rugged outerwear, and heavy boots. In a way, some of the things you can wear here aren’t too different than what you can wear with standard casual chinos, but the effects will be different. A chambray shirt worn with RRL Officer Chinos or Left Field’s, for example, will look very different than if it’s paired with something from J Crew.

Finally, the last type is what I’d call “dress chinos.” As oxymoronic as that sounds, dress chinos are distinguished by hidden stitching along the inseams and outseams. They sit higher on the hips, are made from nicer materials, and are generally made to much higher quality standards. They also typically come “unfinished,” meaning the lengths aren’t pre-hemmed. These are arguably the most versatile. They can be worn with casual shirts such as oxford cloth button-downs or proper dress shirts; long sleeve polos or cardigans; traditional sweaters of almost any variety; and even sport coats and ties. They shouldn’t be worn, however, with cheap, beat-up t-shirts or rugged outerwear, such as motorcycle jackets.

The photos above demonstrate good uses of chinos. Something like this, on the other hand, is a bit too incongruous, at least to my eye. It would be better, in my opinion, if the gentleman had worn dress chinos, a pale blue shirt, and some brown calf derbys. Or he could have ditched the double-breasted and tie, and picked a more casual shirt to wear with his very-casual chinos and suede chukkas. As is, the look is too formal up top and too informal down bottom. To be sure, clashing formal and informal things can make a very fashionable statement, but if one wanted to dress more harmoniously and less conspicuously, it would be good to be sensitive to the different kinds of sensibilities garments have, and then pair them accordingly. For chinos, that would be standard casual, workwear, and dress.