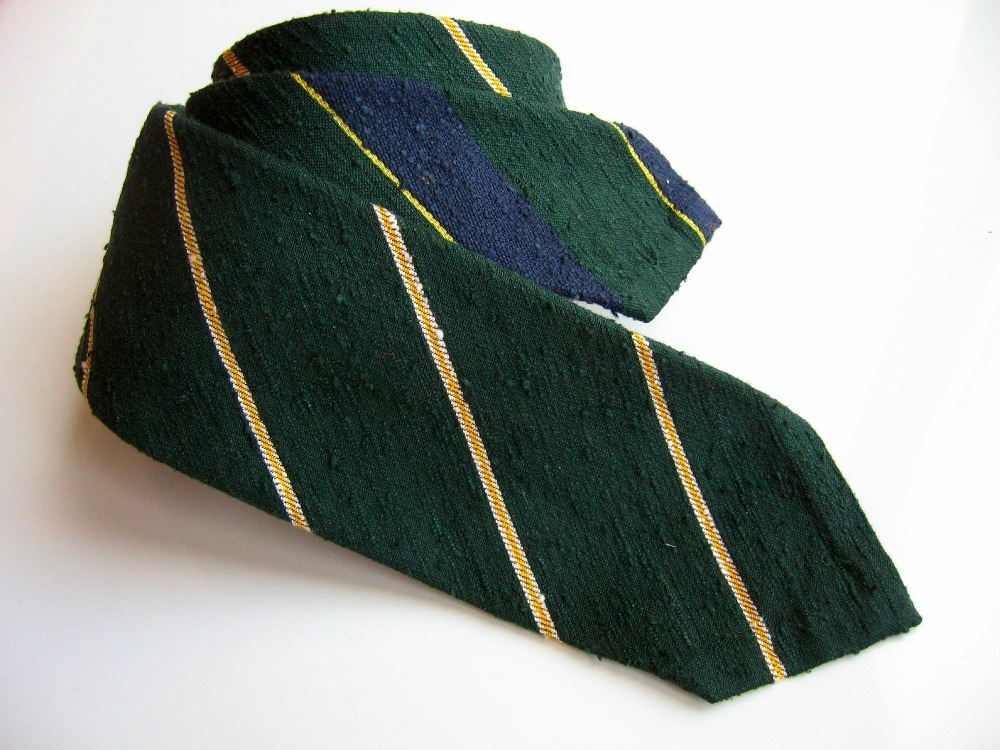 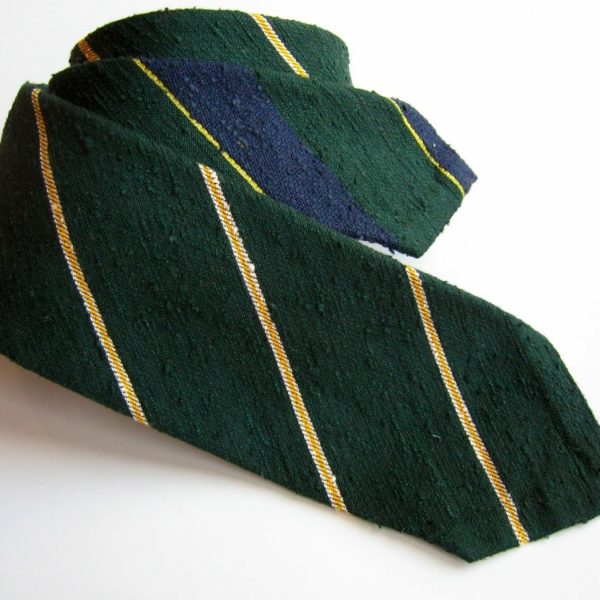 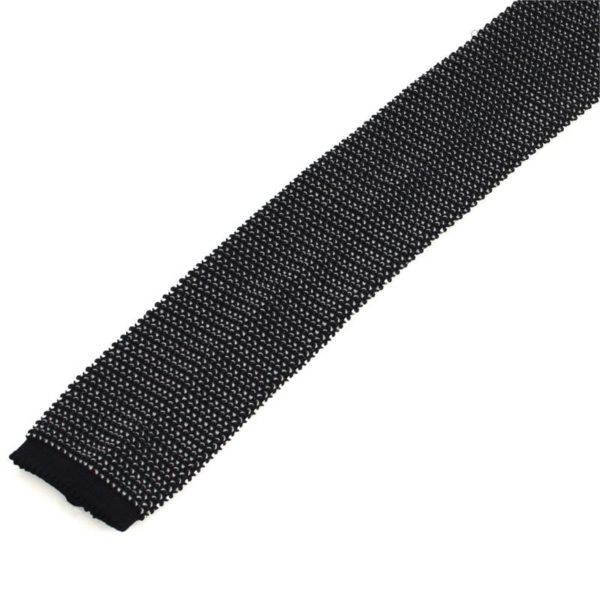 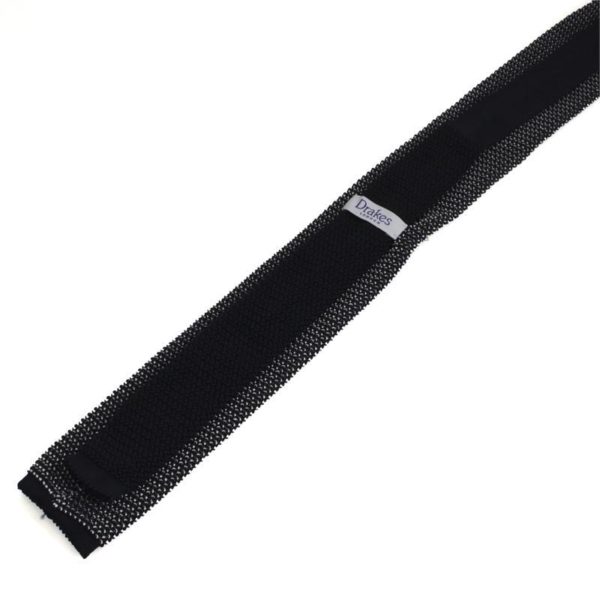 I’ve been enamored lately by ties with contrasting blades. That is, ties with one color or design on the front and another on the back. The constrasting tail peeks out a little bit when you wear it, especially if you don’t use the tie’s keeper. This helps set off the front blade as well as add some visual interest.

The large photo above is a Drake’s raw silk tie that I have with this feature. The front has thin yellow and white stripes set against a green ground. The tail has alternating green and blue stripes, as well as a gold linen thread running through. It’s a very subtle difference when worn, but I think a nice one. The other tie is a Drake’s bicolor knit with a solid-colored tail. Zegna does these designs with knits every season, but they’re incredibly expensive ($250-500 per tie).

These aren’t the sorts of things I would wear to a serious business meeting, but I think they’re enjoyable in very casual settings. I’m currently in the middle of having Sam Hober make one for me. He sent me some fabric swatches and I’ve been mulling over different combinations. I think if I stick to basic colors and play more with textures than prints, then it should turn out well. I’ll post a picture of it here when I get it.