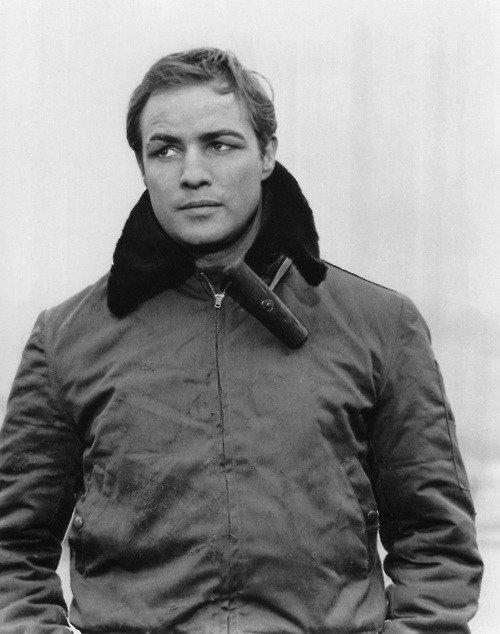 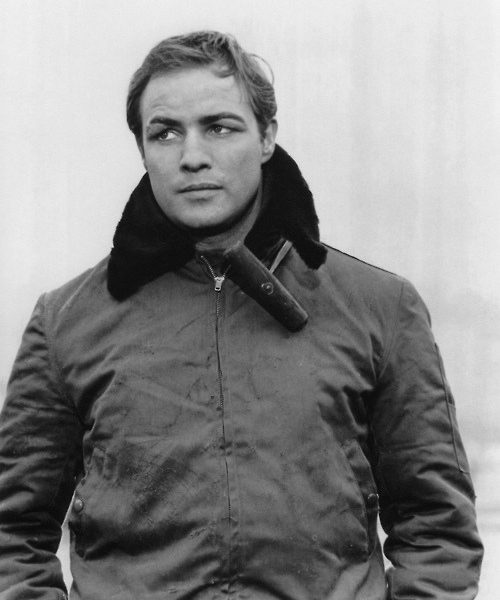 “Today, of course, the unrefined type is exactly what is wanted: the classically cool look of working-class nonchalance. No designer collection would be complete without denim jeans, black leather jackets, and T-shirts. But in the hands of [designers], the black leather jacket–reproduced in every detail though it may be–is a mere shadow of its former self in terms of its ability to threaten or even show moderate disdain for social norms. The outlaw iconography has been diluted to the point of mere role-playing. Like wearing purposefully distressed jeans, or army camouflage fatigue pants for casual urban wear that today is favored by fashionistas, these rebellious symbols now speak ironically of their former power… the rebels have moved on.”

-G. Bruce Boyer sort of calling all of us out, from Rebel Style. Photo: Marlon Brando in On the Waterfront.