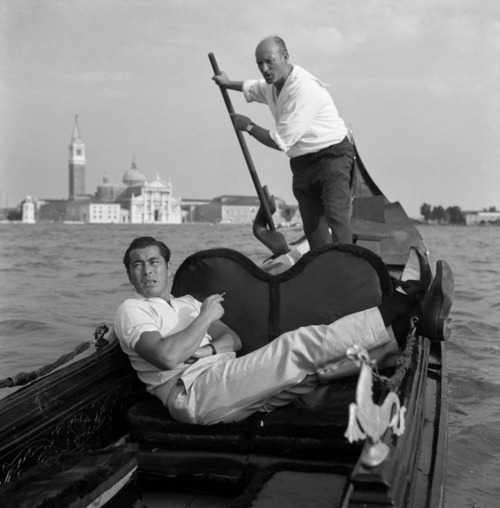 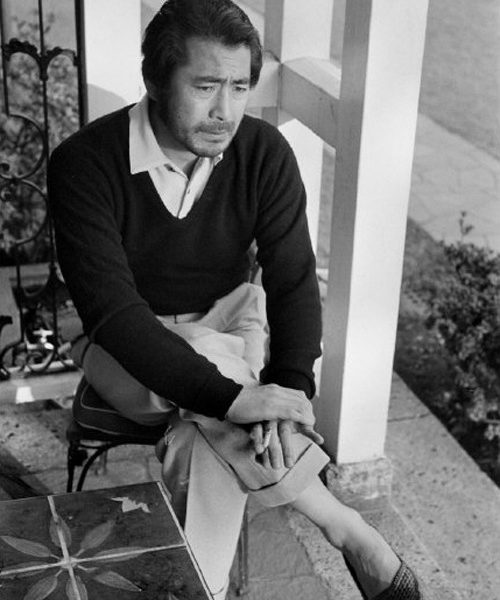 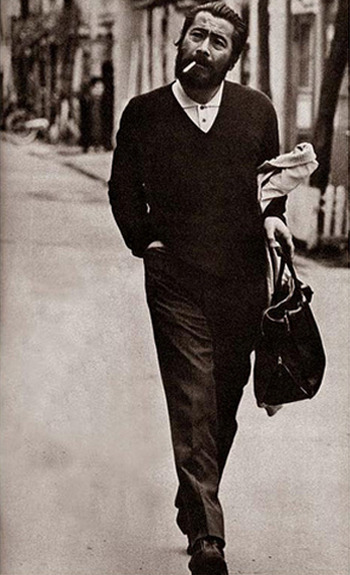 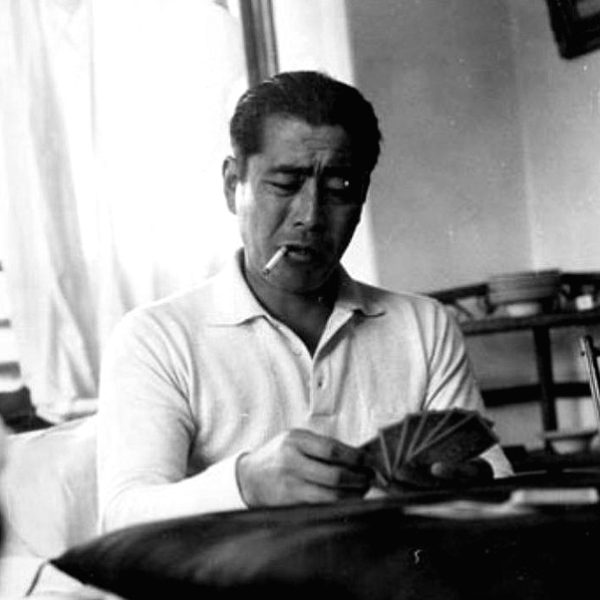 My favorite genre of film is older Japanese samurai movies. And you can’t really be a fan without watching the catalogue of director Akira Kurosawa. An appreciation of Kurosawa’s directing will eventually lead you to one of his most-cast actors, Toshiro Mifune.

It might be cliche to use the term “explosive” when it comes to acting, but it fits Mifune quite well. On screen he can go from calm to violently angry and make it appear quite natural. His stare has a rare intensity. Kurosawa once said of Mifune, “I found that I could not control Mifune. When I saw this, I let him do as he wanted.”

While his on-screen manner is better known, I recently stumbled across a few candid photos of Mifune, taken at a time when he’s not working on a movie set. Instead of the brooding man in a samurai robe, he actually looks more relaxed and calm.

And his clothing reflects this demeanor as well. While there are a few publicity events where he wears a suit and tie, I found his casual attire more interesting.

Mifune often wore a white polo shirt – short or long-sleeved – with cuffed trousers that aren’t too baggy or too skinny. Sometimes, he will layer a dark (presumably navy, charcoal or black) v-neck sweater over his polo.

It’s a simple look that he wears while walking to the set of a film, playing cards or riding in a gondola in Venice. I really enjoyed the relaxed nature and it changed the way I saw him in comparison to the intense characters he plays on film. Looking at these photos, I’m convinced it’s a casual uniform done quite well.