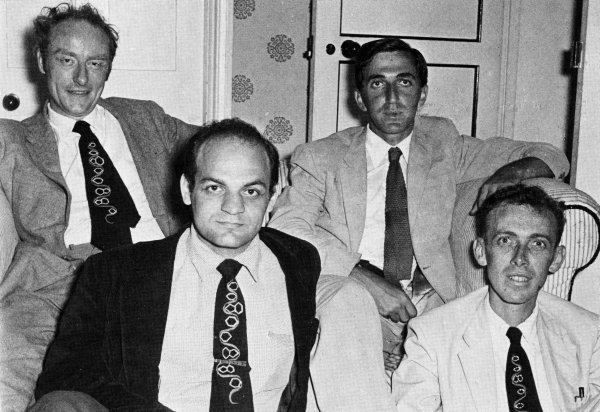 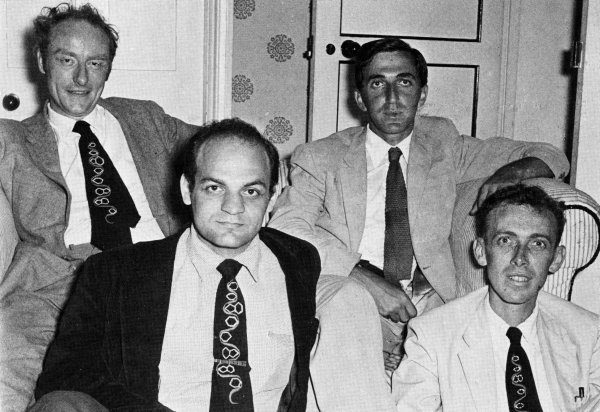 Via Wikipedia (and Andy):

The idea of James Watson and Russian physicist George Gamow, the RNA Tie Club was a scientific gentleman’s club of select members who shared their ideas on how to ‘read’ the message inside DNA and understand how it relates to proteins. The club was started in 1954 with an aim to “solve the riddle of the RNA structure and to understand how it built proteins.” The club consisted of 20 members representing each amino acid, with an additional four honorary members representing each nucleotide. All members received woolen neckties with an embroidered helix on them, hence the name ‘RNA Tie Club’