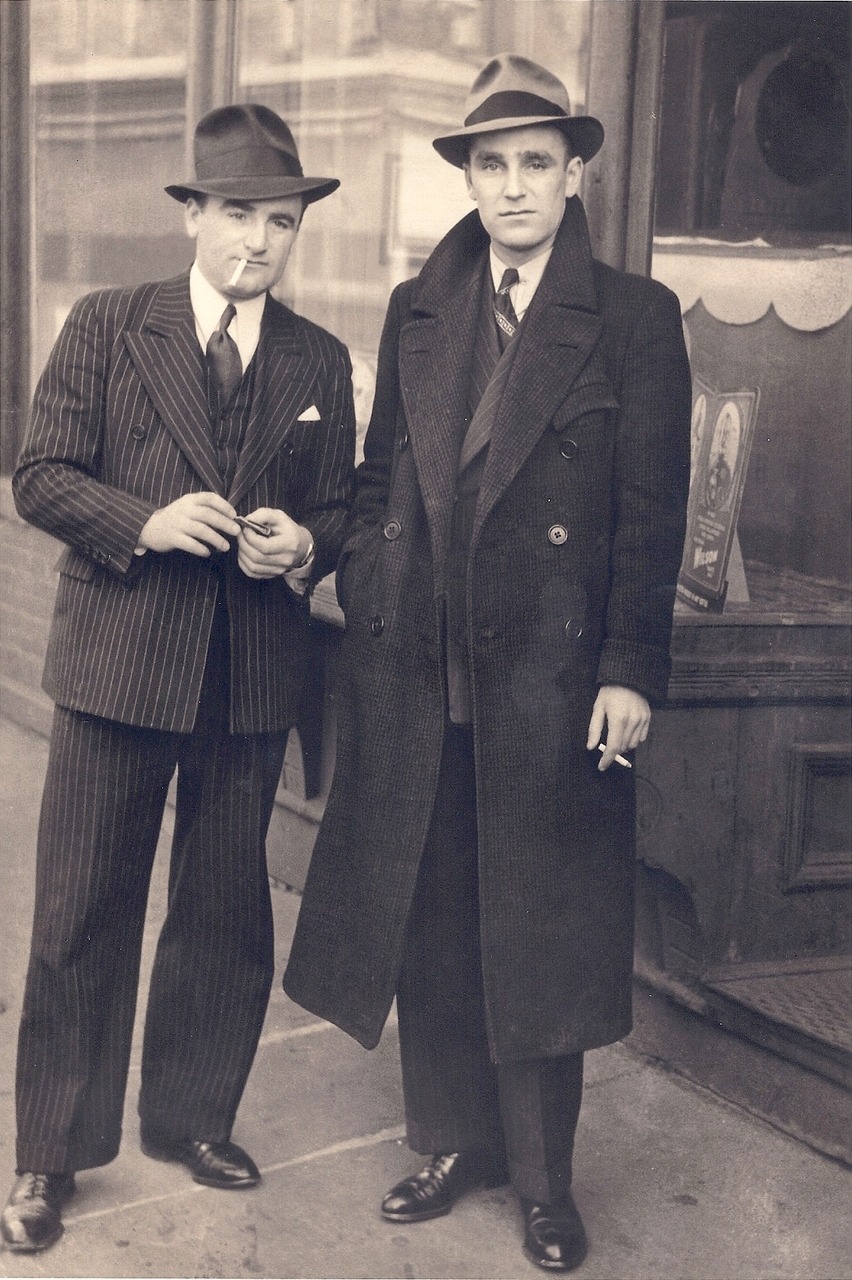 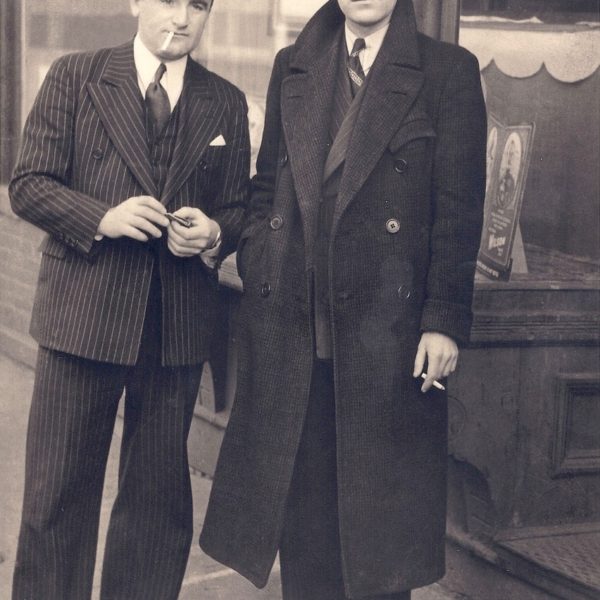 Colin sends us this picture of his grandfather and a companion on Astoria Boulevard in 1930s Queens.  He also hastens to point out that they were, at the time, factory workers.

The gentleman on the left’s coat is so short, it almost looks like the sort of trendy thing you might see posted on The Sartorialist.  Of course, that’s emphasized by the fact that his double-breasted coat is open, which is never flattering (I’m looking at you, David Letterman).  Generally speaking, with the possible exception of the very period stripes on both suits and the wide, draped cut of the pants, these clothes would be remarkably wearable today.