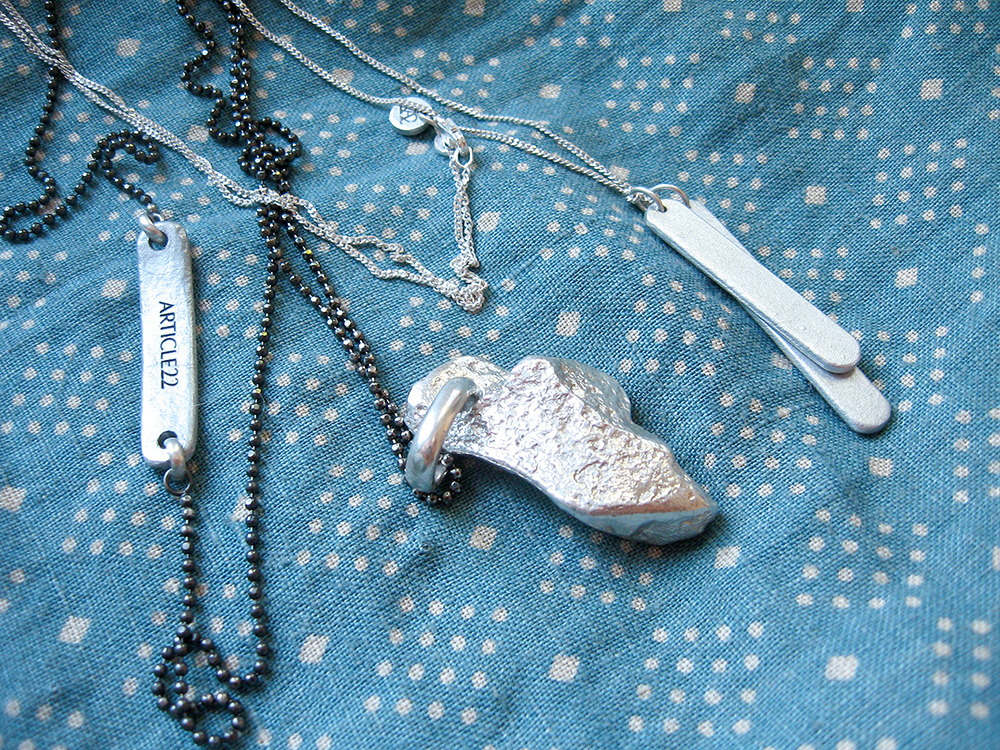 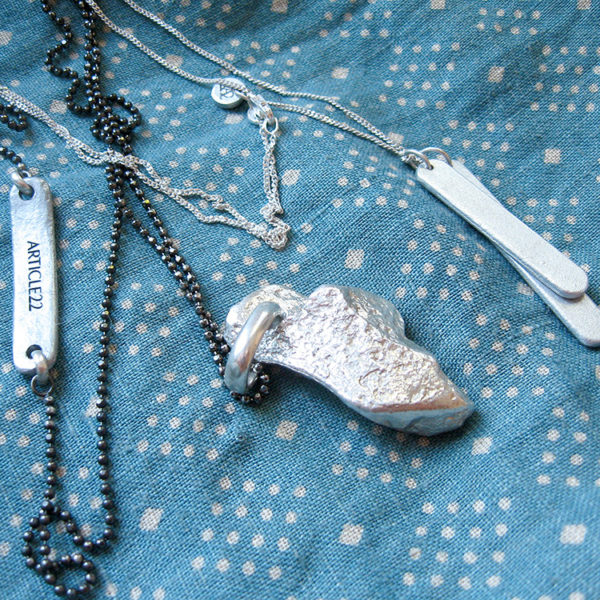 I’ve been looking for a new necklace for a while now. My friend Kyle has one with a silver twig on it, which I’ve always liked. It’s made by Ransoun, but unfortunately – although the company’s website is still up – they’re no longer in business. I’ve also look to Maison Margiela, a company known for their simple and deconstructed designs. Some seem nice enough, although others are confusingly expensive ($400 for what effectively looks like a mailbox key?).

Recently, I came across Article22, a company that’s turning Vietnam Era bombs into homeware and accessories. Their story starts in the 1960s, when Laos was embroiled in what’s now known as The Secret War. In an effort to control communism in the region, the US military dropped about 1.5 million tons of explosives on the South East Asian state, making it the most heavily bombed country per capita in history. Unfortunately, an estimated third of those ordinances didn’t exploded, which means about 75 million unexploded bombs are littered throughout the countryside. Many of those are still killing people today.

Article22 is taking metals from some of those Vietnam Era bombs; melting them down; and turning them into bracelets, necklaces and spoons. Most of the production is done in Laos, and a portion of their profits is donated to organizations working to clear the land of explosives.

I bought two of their necklaces. One is a lightweight, scrap aluminum piece that comes on a thin, 24″ silver chain. Then there’s a “shard” design that’s also made from scrap aluminum, but has been finished with precious and semi-precious metals in order to give it some weight and shine. The second is a bit nicer, I think, and at the moment, is available at 50% off ($150 to $175, depending on the metal you select, which is just $50-75 more than the Story ID Tag model). If you need longer or shorter chains, the company can provide them upon request.

Elisabeth, one of the co-founders of the company, tells me that they’re planning to release another men’s collection later this year. Prices will likely be higher, as they rarely have sales that go this low, but at least a portion of your money is going towards a good cause.