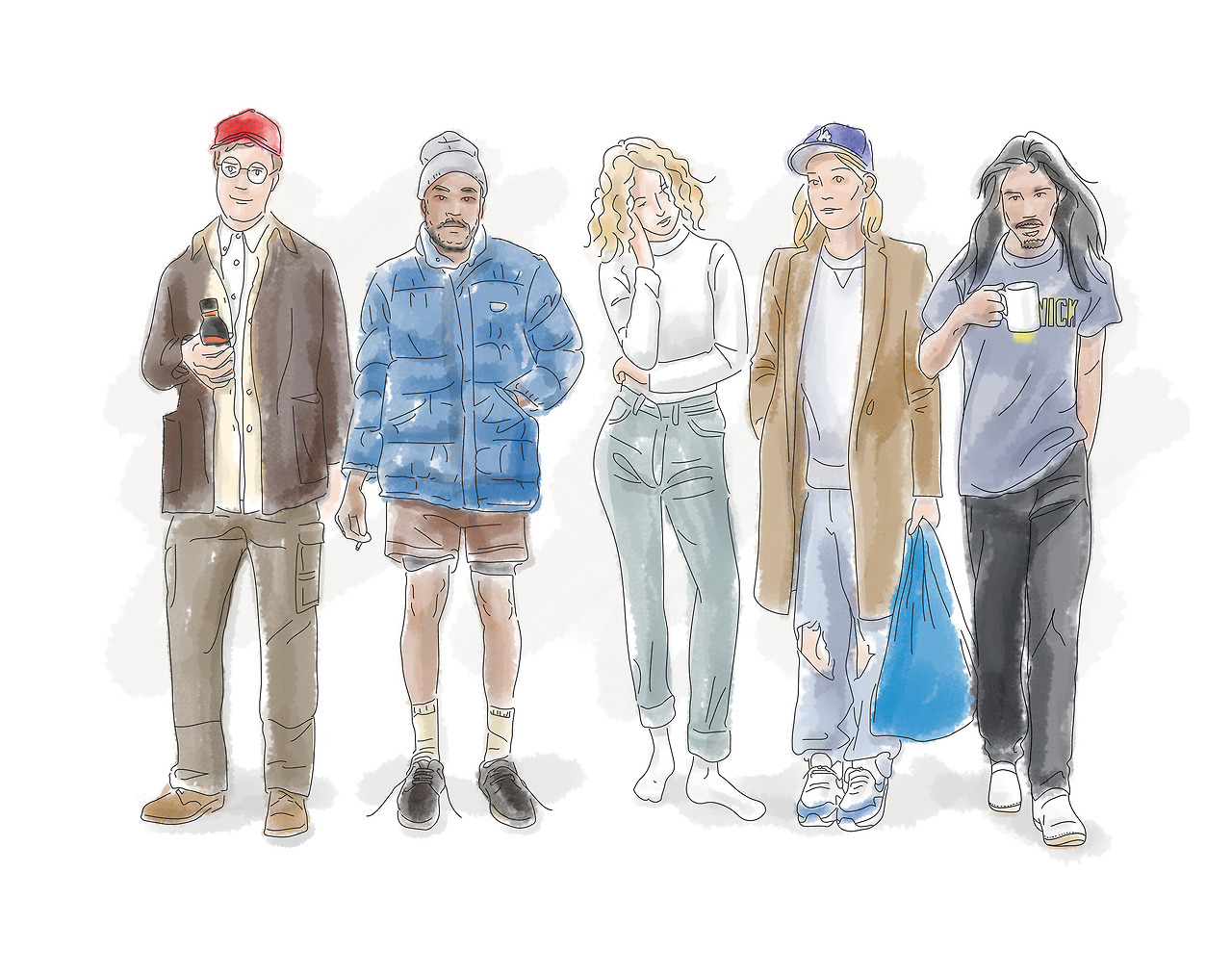 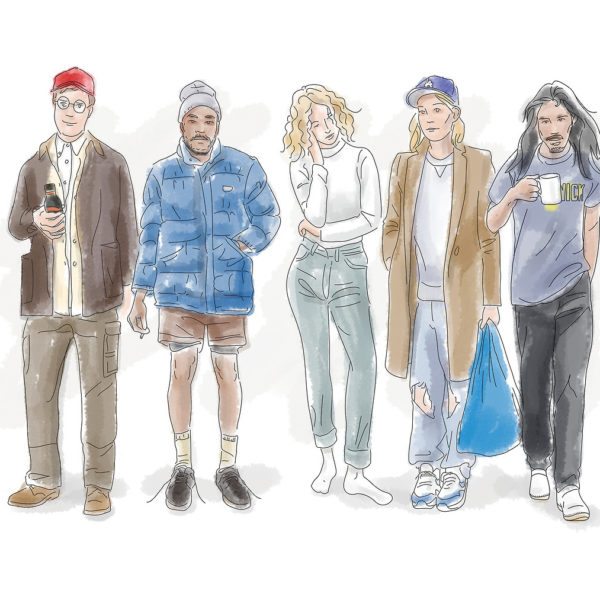 Yesterday we posted part I of an interview with Greg Foley and Andrew Luecke, the authors of Cool: Style, Sound, and Subversion–a field guide to the looks and music of the groups that shape culture from below the surface. Today we’re posting part II, with more of Greg Foley’s rad illustrations (see his take on normcore above).

Pete Anderson: If your next book drilled down on just subculture, which would it be?

Andrew Luecke: Pachucos. Their style was so cool and they never got the credit they deserve for being influential. Also, my dad grew up in LA during the 1940s and 1950s and would talk about the pachucos he went to school with, and how cool they were with their pegged pants and skinny suede belts turned to the side. That made an impact on me, even as a kid. So I guess there’s the personal connection there too.

Greg Foley: Yeah I think that’s got legs to be done with a more comprehensive update. I’d also like to go deeper on gangs from around the world. What they have in common and all the distinctive traditions, rituals, and details.

PA: So many subcultures thrive on interpretation of other cultures (i.e., Swedish greasers)—sometimes misinterpretation, but it almost doesn’t seem to matter, people absorb it and apply it in their own ways to their own lives. Any examples of subcultural incorporation that stick out?

AL: Well, it’s interesting that you mention those Swedish greasers, the raggare, because that was another criteria for including a subculture. It had to have moved far enough beyond its influences to be its own thing. Of course, as our infographic shows, these subcultures are all knitted together too. I was struck by how many subcultures around the globe incorporated the zoot suit or drape suit, which arose in Harlem, into their styles. French zazous, German swing kids, Teddy Boys to some extent, Soviet stilyagi, even some greaser subcultures. I was also struck in researching the Cholobianos, who listen to this slowed-down cumbia music, that their own mythology says that their music influenced chopped-and-screwed music in Houston, Texas, due to migration. It’s not verifiable, but even as an urban legend, that’s interesting. I mean, cumbia is originally this Afro-Colombian thing, then to Mexican cholobianos, and then to Houston.

GF: We did draw a line to avoid redundancy. We weren’t going to include every international version of goth, for example Turkish goth, since we covered the origin of the style.

PA: When you were drawing up the matrix, did anything surprise you? I was trying to look at the arrows—any way to quantify the MOST influential subculture?

AL: No, none of it surprised me since it was coming from research I’d already done, but hopefully their are some surprising things in there to some people, like the American Ivy League influences on mods, partly via jazz musicians like Miles Davis. I’m sure there is a way to quantify the most influential subculture based on number of mentions in the book, but I’m not convinced that would really capture anything special about that culture. And so many of the most influential subcultures, like punk, were influenced by other super-influential subcultures, like greasers. I think it’s that continuity that shows influence.

GF: I had hoped that every culture would be tethered in history, so it surprised me that certain groups were isolated. That is maybe until someone new takes some inspiration from them.

PA: I noticed that some of the illustrations seem to be capturing actual people, vs some that seem more notional. Are all based on reference photos? I assume some of these groups don’t have a lot of visual documentation out there.

AL: Good eye. All the illustrations are based on historical photos and we fact checked any detail we included against the sources and texts. In some of the more recent subcultures, we couldn’t help but include recognizable people since they’re the icons of that particular style. In at least one case, we knew someone that we based an illustration on, and asked them. But, Greg was also super diligent to make sure that even those people with recognizable features were pastiches of different photos.

GF: Because it would’ve been impossible to get rights for all the photos we’d need, I decided to build a sort of perfect “group picture” for each culture. To illustrate them in a balanced way, I combined details from a variety of different photos, often incorporating many sources on just one figure. This was partly so we could included as much important visual information as possible—for groups like surfers or skateboarders, that spanned eras, to ones that included different details for both sexes. One of the major challenges was imagining color for all the early cultures that only had black and white reference documentation. I tried to stay as accurate to the material as possible. On the other end of the spectrum, we needed thumbnails of the album covers to present the playlists visually. Since we didn’t have the rights to all that artwork, it only seemed natural to illustrate all those with the same hand quality. The visual aspects of the book are a little more gestural than the text, but in the end we hope it has a cohesive and distinctive quality that makes people want to go out and look a little further into the cultures around us.

Thanks to Greg and Andrew for your time!

Greg designs and creative-directs Visionaire, and Andrew is a professional trend forecaster and style editor.