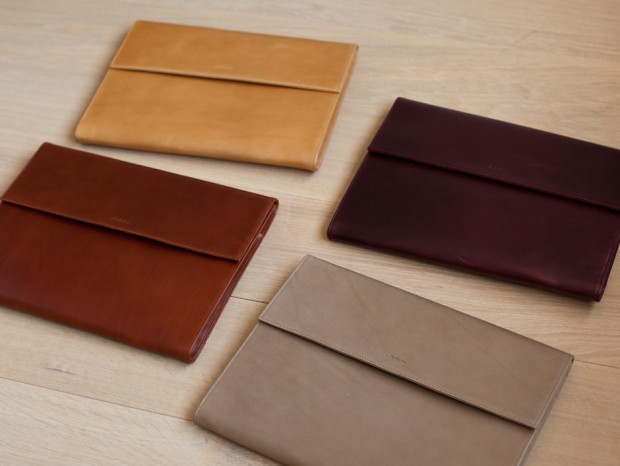 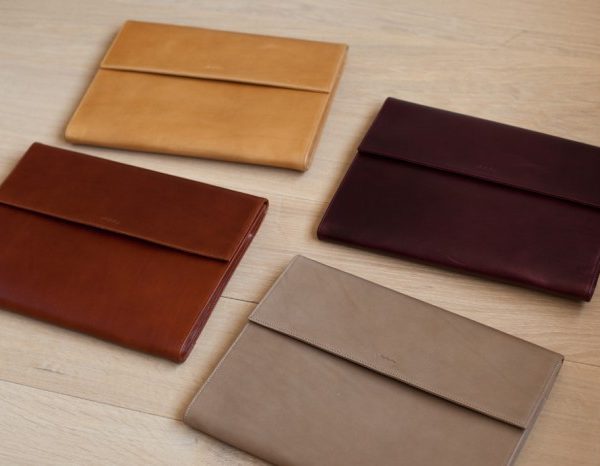 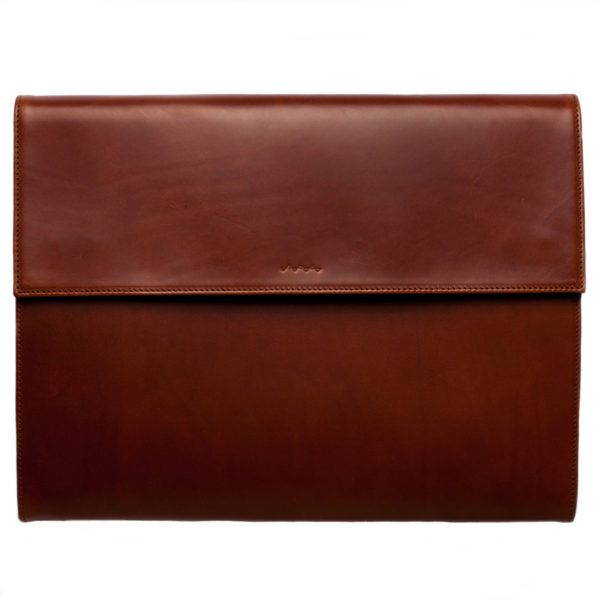 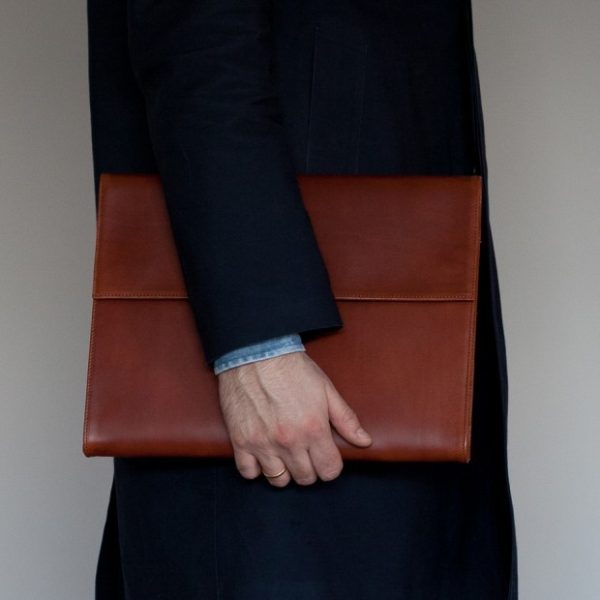 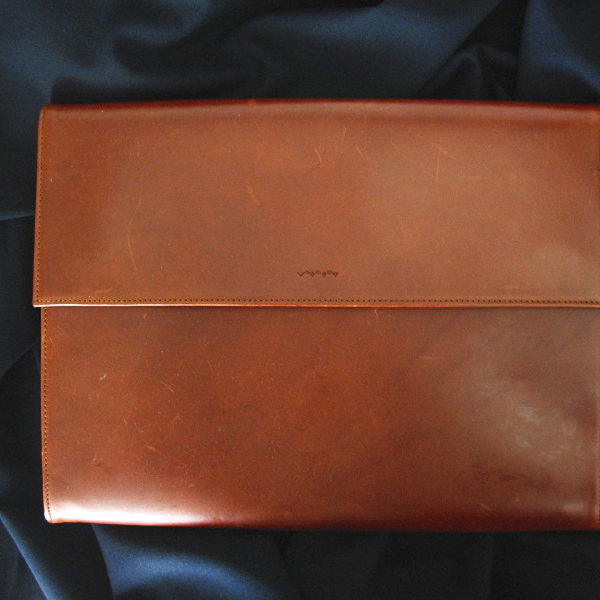 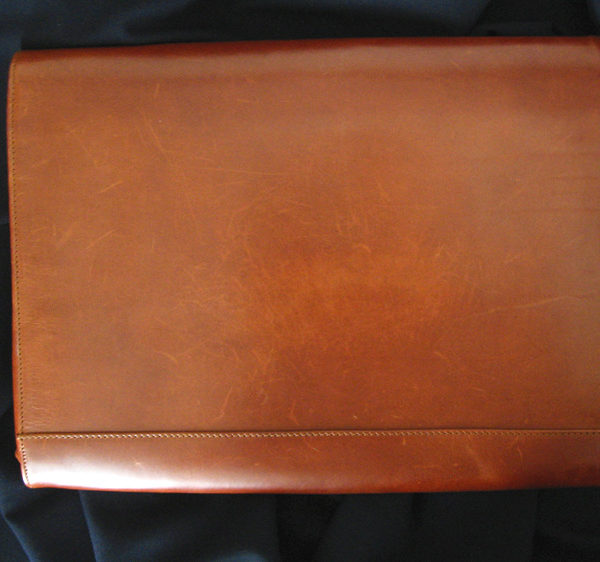 Mathias Berg of Berg & Berg emailed me this past spring to see if I might be interested in trying out one of his new leather goods. He and his wife Karin founded their company four years ago and since then, they’ve gotten a lot of praise for their neckties, scarves, and pocket squares. Jesse reviewed a linen and silk piece in 2010, and my e-friend Nicolas has been a big fan of them since around that time as well.

Recently, Mathias and Karin decided to expand into knitwear and leather goods. I received one of their laptop cases last May and have been using it on a semi-daily basis ever since. It fits my 13” Macbook Pro perfectly, and the interior (which is lined with cotton canvas) has a small pocket for business cards, receipts, or just miscellaneous pieces of paper. Two magnetic brass snaps hold down the flap-over cover, and the simplicity of the design allows you to have easy access to your laptop. Nice, I think, if you often use your laptop in-between short stops on the subway line like me.

The case is billed as being made from vegetable-tanned, full-grain, vachetta leather. I admit being a bit confused on this since I’ve always understood vachetta to be that untreated, natural-colored leather used to make the handles on Louis Vuitton bags. Over time, direct sunlight and moisture will darken those handles to a nice golden, honey tan, and for that patina, the material is highly prized. Berg & Berg’s case doesn’t seem to be made from the same vachetta leather that I’m familiar with, but it’s nevertheless nice and rich, and comes in beautiful colors. It does scuff easily though, but like with traditional vachetta, you kind of have to embrace how the leather ages. I’ve taken pictures of mine and lightened up the photos so you can see how it looks after four months of reasonably hard use. I personally like the wear.

Berg & Berg’s laptop case is one of nicest I’ve handled, but it’s also pretty expensive. On the upside, they have a few on sale right now at half off. The leather isn’t the same as what they bill as vachetta, but it too looks really good (I love the soft colors). They also have some really nice leather belts, wallets, and iPad cases in both their non-sale and sale sections. All really great things that I think are worth a look.