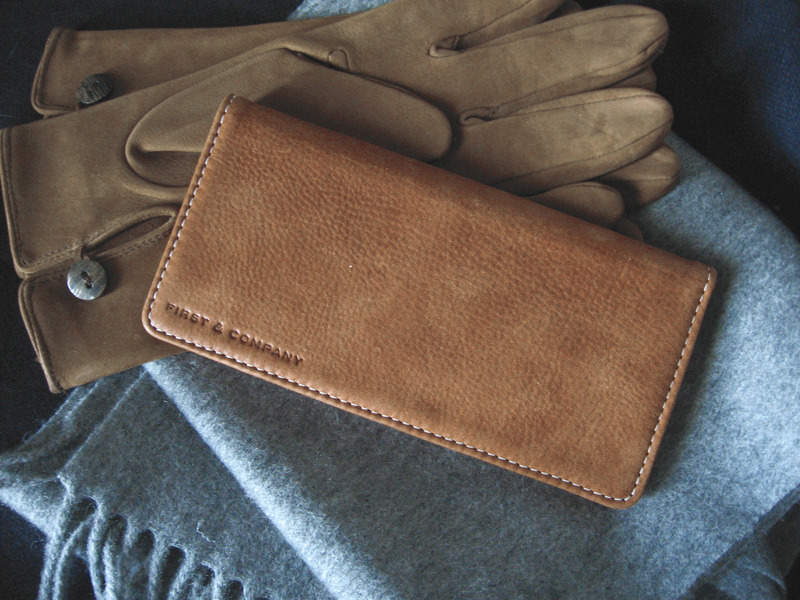 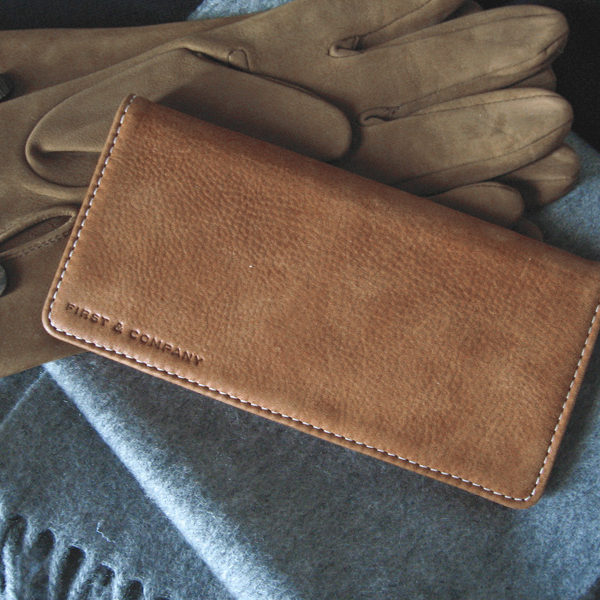 Front of the wallet 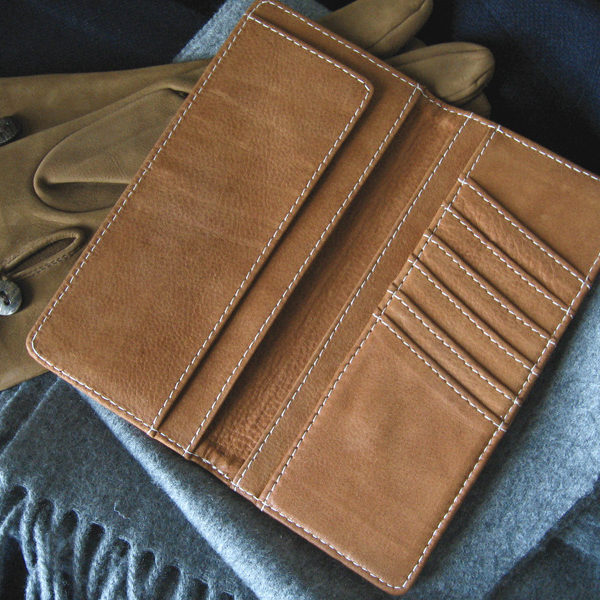 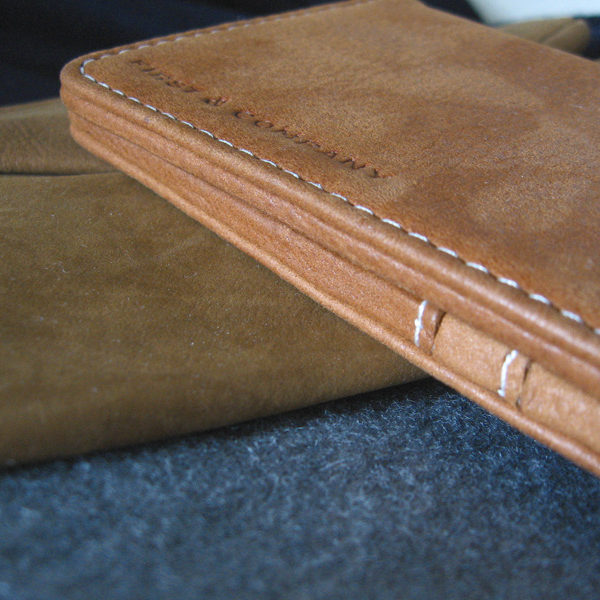 A few months ago, I received a coat wallet from First & Company, a relatively new leather goods upstart based in Southern California. I’ve wanted a coat wallet for some time now. My usual card case and money clip combination feels too dinky with a proper coat, so I’ve used this on occasions when I’ve worn a dress coat out. Not to say that coat wallets can only be worn with dress coats, but they do have a dressier sensibility to me that makes them better suited with tailored clothing.

I admit my first impressions were a bit mixed. On the one hand, the wallet feels great. The Italian nubuck leather is very soft and lush, and the wallet is a pleasure to handle between the fingers. I also like the simple and attractive design. There are six slots for credit cards, a flap sleeve for paper currency, and two internal pockets for miscellanea. I’ve been using this on trips abroad and have found the multiple slots useful for organizing paper money, jotted down notes, and folded up receipts.

I also like that the construction itself looks very clean. The leather is hand cut, but the pieces themselves are machine stitched. That might seem like a downside to people who think everything in the world must be handmade, but really each technique can lend different benefits. A hand-sewn saddle stitch can be more durable than machine-made stitches, but hand-sewn leather goods can look a bit rough-hewn if they’re not done well. I like that First & Company’s machine-sewn wallet looks very clean and elegant. You may also notice that the leather on the edges have been turned inward. This yields a more attractive and durable edge, since you won’t get the two leathers’ edges separating over time.

On the other hand, the threads used are pretty basic and untreated, and I was worried that they might break at some point. I told First & Company I’d review their wallet only after I put in at least three months of good use. Well, those three months have passed and this wallet shows no sign of wear or tear. I think it’s fair to say my initial skepticism might have been unfounded.

At the time I received the wallet, their price point was lower than where it is now. I was actually interested in reviewing it for readers precisely because this seemed like a potentially great deal. First & Company recently had to raise their prices, however. The wallet is now being sold at $195, which kind of expensive. If you have that kind of scratch, I think this is just as nice (if not nicer) than the house brand wallet I recently handled at Barney’s. A step up would be those made by companies such as Deakin & Francis or Valextra. There, the leather quality, stitching, and finishing are a bit better, but they cost double, if not more, than First & Company’s. For readers who want something a bit more affordable, I recommend Saddleback Leather Company, Frank Clegg Leatherworks, and Chester Mox. Not everything they sell is low-priced, but they do have some affordable wallets if you look around. The only thing is they don’t have coat wallets, for which if you have $195, First & Company sells a pretty decent option.