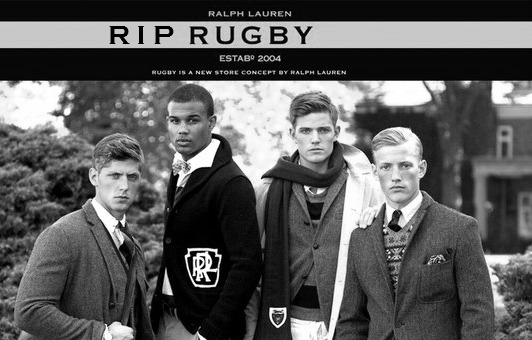 In the mid-2000s, prep seemed ascendant. J. Crew sales were booming – critter shorts and tiny-collared OCBDs abounded. Grosgrain enthusiast Thom Browne won a CFDA award and got his own line at Brooks Brothers. Ralph Lauren launched an over-the-top youthful prep brand allegedly named after Ralph’s dog: Rugby. Vampire Weekend crooned about Cape Cod. Old prep labels like Gant were resurrected, and Barneys stocked new, prep-riffing labels like Band of Outsiders and Benjamin Bixby (well, they still have Band). The author of the Official Preppy Handbook was writing a sequel. Your favorite menswear bloggers were fiddling with Blogspot interfaces. It’s 2015: Rugby and Bixby have been shuttered; if you’re 20, your style bible is less likely to be The Preppy Handbook and more likely to be Four Pins.

So what happened to prep, a style I have a lot of affection for? And what’s next? To find out, I talked with writer G. Bruce Boyer, Complex Style’s Jian DeLeon, Ivy Style’s Christian Chensvold, and Michael Williams of A Continuous Lean.

To an extent, prep’s fall was inevitable. It may be trite but no matter how much we argue about timeless style vs fashion, fashion is cyclical and once a clothing trend is saturated, many people move on. In 2002, Goodwill patch madras pants were a fresh look. In 2012, if you wanted to look different you’d likely be wearing dropped-crotch knit pants. Said Christian Chensvold, who’s written a lot on the rise and fall of the Ivy League look, “At that time it was fresh and at some point, it wasn’t.”

Despite its old school flavor, prep represented something new for many guys who discovered clothing for themselves in the 2000s. In large part thanks to blogs like A Continuous Lean (sailing metaphor!), Sartorially Inclined, and others, there was a sense of discovery (and a little 80s nostalgia) to handling classics like Bean boots and American-made oxford cloth button downs. (In 2005 a slim fit OCBD was a rare thing.) And prep basics like penny loafers and rugby shirts are pretty accessible, price-wise; a good gateway drug to caring about your clothing. As the blog world matured, and especially as e-shopping gave everyone global buying power, guys felt constrained by prep’s insularity and rules, and their tastes naturally broadened. In the mid-2000s, prep was the de facto look for a guy interested in clothing. According to Jian DeLeon, “Now there’s a different kind of uniform for the person who gets it. Dressing prep is for the basic guy, the guy who can’t do casual.”

A dedicated prep might argue “If you’re not now, you never were,” but it’s just that kind of sniffy border patrolling that encouraged some guys to look for something new.

Prep No Longer Means Much

Part of the problem is language. Prep/preppy as a buzzword probably peaked in the early 80s after the publication of the Official Preppy Handbook. Obviously, it was short for college-preparatory school, and all that implied: East Coast; born-to-wealth; well-educated; stoic; wry; old money; it overlapped with Yankee, Ivy League, and WASP. It was pretty damned white. Clothing-wise, prep referred to clothes preferred by educated young men in the Northeast after WWII (and required by the dress code at prep schools): OCBDs, repp ties, natural shouldered, undarted tweed jackets or navy blazers, and flat front cotton pants (cuffed). As well as go-to-hell pants, Shetland crewnecks, Weejun loafers, surcingle belts.

“Prep” may always have been a little pejorative. Michael Williams told me his J. Press colleagues considered it a dirty word. Ivy Style regularly references Love Story as an early pop culture document of prep. But in Love Story Ryan O’Neal is a privileged kid with a family of assholes—we root for Ali McGraw’s striving, un-prep overachiever. By the mid 80s and Pretty in Pink, the preps were mostly just rich dicks. But at least the stereotypes seemed to be rooted in some consistent truth. By the time Slater tagged Zack as preppy on Saved by the Bell, it didn’t mean anything. What was preppy about Zack? They went to public school. In jeans. In California! (”California doesn’t seem to understand prep at all,” according to Williams.) Best not to attach too much meaning to SBTB scripts.

Today prep means even less. “The term preppy now is almost meaningless. It’s used to refer to almost anything remotely clean cut, even if it has no kind of connection to the original traditions or geographic area. You’ll see Roger Federer described as preppy compared to Nadal. Why of all possible words in the language would you choose that word?” said Chensvold.

In a post-Abercrombie, post-Rugby world, it’s vaguely aspirational, brightly colored, and smiling. It’s in the URL of a million mercilessly un-self-aware blogs that share almost nothing with the Yankee values the Handbook documented and poked fun at. As prep is uprooted from its terroir in America’s northeast, it may become more democratic and accessible but also less meaningful. As Bruce Boyer told me, “Since the Ivy look no longer has any authenticity on campus (or anywhere else), why should we expect it to be more than a costume of choice by a few, like any other costume?”

Everyone likes to stunt sometimes, but prep stunts in ways that seem dated.   Prep implies privilege and inherited money; some of prep’s charm comes from the unquestioning self-confidence bestowed only by independent wealth. Americans have always had a weird relationship with being born to something vs. earning it. We like to poke fun at the rich, but not too hard, because of course someday that’ll be us.

Today we still like our wealth obnoxious. But not smug or entitled. Like other symbols of American investment income, maybe prep needed to come down a notch. “In 2008 or 2009, a lot of people went really over the top with the prep costume, and that maybe had an impact on its general decline,” Michael Williams told me. Like any other trend, prep wasn’t too big to fail. Plus with prep came the baggage of exclusivity–”I can wear it and you can’t”–adopt it and you risk being tagged a poseur. “If you buy a nice Italian suit, no one is going to accuse you of being aspirationally Neapolitan,” said Williams.

Part of the appeal of prep both to people raised in it and us Nick Carraways who adopt it is that it hearkens back to American traditions. Wearing an OCBD and flat front khakis represent assimilation into a decades-long parade of middle/upper-class adults, whether that describes you or not. Wearing self-consciously preppy clothing today says, at least a little bit, “things aren’t as good as they used to be.” But in the last few years, people have become more cognizant of the side effects of such nostalgia, and we’re a little more careful about how we romanticize the past. Maybe OCBDs were better in the pre-hippie 1960s, and maybe men on campus looked great, but those campuses were still largely closed to women and minorities.

According to Deleon, “For me, as a minority, being exposed to what prep really is? It’s really white. I can’t identify with this. Nor would I aspire to it. The dream is different now. We now have cultural figures saying ‘Mansion life isn’t the end all be all.’”

Said Chensvold, “’Ivy League’ seems almost squeamishly elitist even though we live in the age of meritocracy.” Of course today Ivy students dress much the same as students on any other college campus (as I understand it, that means mesh shorts and drug rugs).

So Is Prep Dead?

Prep has died many deaths. Counterculture killed the Ivy League look. Anti-yuppie sentiment killed prep. Rick Owens killed Rugby? But, as Williams told me, no matter what the style of the day is, “there will still be business for Ralph Lauren.” There will always be a prep flame burning in the window of a vaguely gothic building in Connecticut, and there will always be aspirants eager to learn everything about prep and then defend its borders, unasked. And despite indicators that prep is at an ebb, Vineyard Vines seems to be doing remarkably well.

“What remains, what has always remained, is this perennial style that goes back 100 years… This clothing will never go away,” said Chensvold. “There’s a new Polo flagship on 5th Avenue for all the tourists to see. It’s the same clothing. In fact, the uniform for associates when they opened was brushed Shetland sweaters in all kinds of bright colors you’d associate with preppy history.”

“Now that the fashion fascination is gone, what may remain is truer. Maybe there will be a rediscovery of the more sober side of things.”

Shep and Ian of Vineyard Vines. Backlit but with a bright future.

What Does That Mean for Us?

Finding your style in 2015 is truly a postmodern endeavor; you can pick and choose what you like from the last 60 years and probably not look ridiculous, whether that’s prep, mod, or A$AP Mob. For a while now, you’ve been able to use what you wear, as Reginald Jerome de Mans said, “to communicate identities independent of actually belonging to the social movements or classes that certain clothing styles used to signal.” For those who grow up with it, prep will likely always be there, and the rest of us can cherrypick the practical and good (say, OCBDs, repp ties, quality, and respect for tradition) and leave the bad (over-coordinated ensembles, fussiness, maximum layering, hidebound thinking) in the ash heap of fashion history.

Said DeLeon, “We’re in the choose-your-own-adventure era of menswear.”