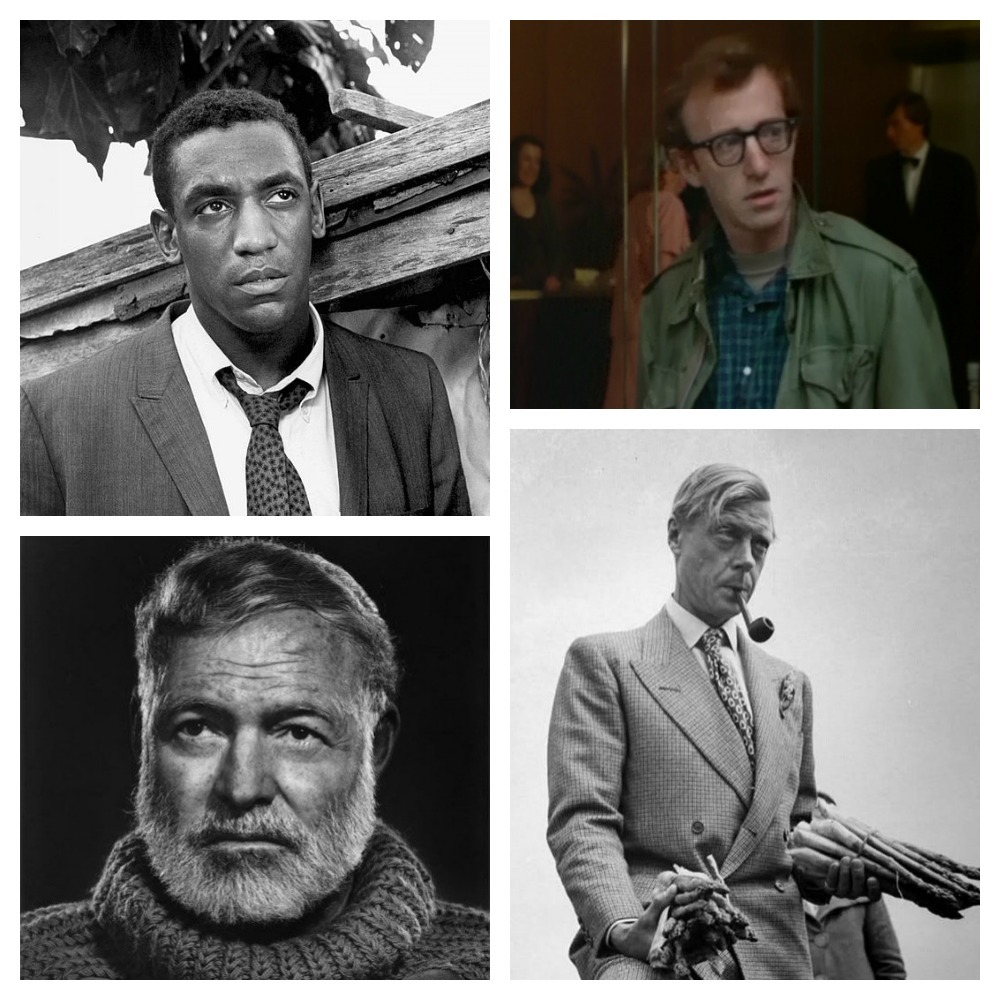 It’s often hard to separate the artist from their art, and why should we? A lot of the art we love, we love in part because of who made it and how they lived. What good would “Spiders from Mars” be without Bowie singing it? How great is it that the tough, laconic sentences of Hemingway came from a tough, laconic guy?

Similarly, we often admire stylish men (and women) not just for their clothing choices, but because of what they did with their lives. So what do we do when someone who looks fantastic turns out to be a huge asshole? This is increasingly a problem, partly because we’re more and more aware of the terrible behavior of famous men, but moreso because of the terrible behavior of famous men.

With culture, we struggle, and sometimes succeed, in convincing ourselves that good art can come from bad people. Sometimes an artist’s problematic convictions come as a surprise to modern audiences, or at least they’re not immediately apparent in the work–T.S. Eliot was an anti-Semite. Arguably beyond the pervasive anti-Semitism common in his time. I didn’t know that when I memorized parts of “The Wasteland” in high school. And I can still enjoy the meter and lyricism of his work, although now with an asterisk.

With others, it’s harder. Woody Allen is a creep, at best. He’s a gifted writer and filmmaker, on that there is little argument. But, given his personal history and accusations against him, it’s hard to enjoy a film like Manhattan, where his character, a version of himself, in his 40s, dates a high school girl. If his movies didn’t so often rely on Allen as a central character and deal with themes of romance between older, funny, neurotic, Allen-y men (played by Allen) and beautiful, much younger women, it might be easier to watch them. Easily enough, we can just choose not to watch them anymore.

It’s also easy to ignore the personal failings of writers and artists who lived more than, say, 100 years ago. Other than scholars, who knows or cares anymore whether Thomas Cole was a good dude? Nice paintings, though. 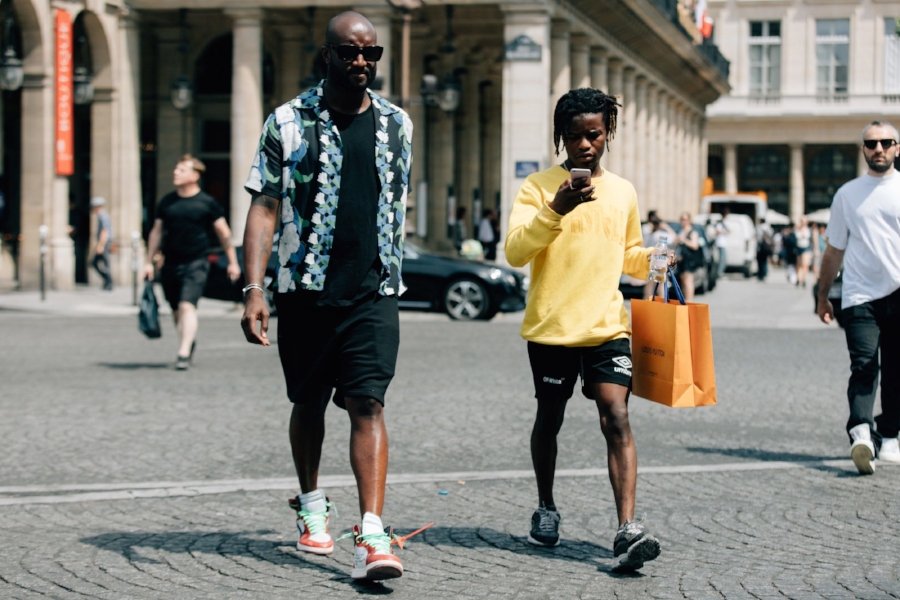 Wandering the statuary hall of men’s style heroes, it doesn’t take long to find men with some issues. Allen is one. The Duke of Windsor (he never abdicated as the king of 20th century tailoring) was casually racist at best, a Nazi sympathizer at worst. Steve McQueen? Serial abuser. Bill Cosby? Yikes. With art, we can make the mental distinction between the art and its creator. With our style icons, the personality often seems closely, at times uncomfortably, entwined with the aesthetic appeal. We like Steve McQueen’s short-sleeved sweatshirts, but maybe we also like that he sure seemed to do whatever the fuck he wanted, and always had a beautiful woman by his side.

And these are the easy guys to write off, in part because their cultural relevance is on the wane. More recently, The Fashion Law called out luxury brands for inviting Ian Connor and A$AP Bari to their fashion shows, capitalizing on the publicity they bring (if you don’t know who these guys are, you’re not the target market), while ignoring the implications of publicly cosigning men accused of sexual assault. Then there are the guys not accused of criminal behavior but are still … troubling. Men who demean women or make work environments hostile. Who are cruel to the weak. Who support systemic injustice.

So what can we do about it? For one, we can be more judgmental in choosing who we admire and why. Rather than ignoring who a person really was in favor of how they look in a Free & Easy photo spread, we can think about the implications of their behavior, and aim to do better ourselves.

We can also hold people accountable for their actions. It’s not up to us to investigate every aspect of the life of people we admire, but if you find out someone doesn’t live up to your standards, don’t support them until they change.

And we can recognize the fallibility of people, including ourselves. It can be hard to admit someone we admire may not be worthy of that admiration, in part because we have tied our own identities to them. But we are not perfect, either. Some people are terrible, and some people make terrible mistakes. We can acknowledge that, and our own faults, and try to live better. And, sure, dress better.