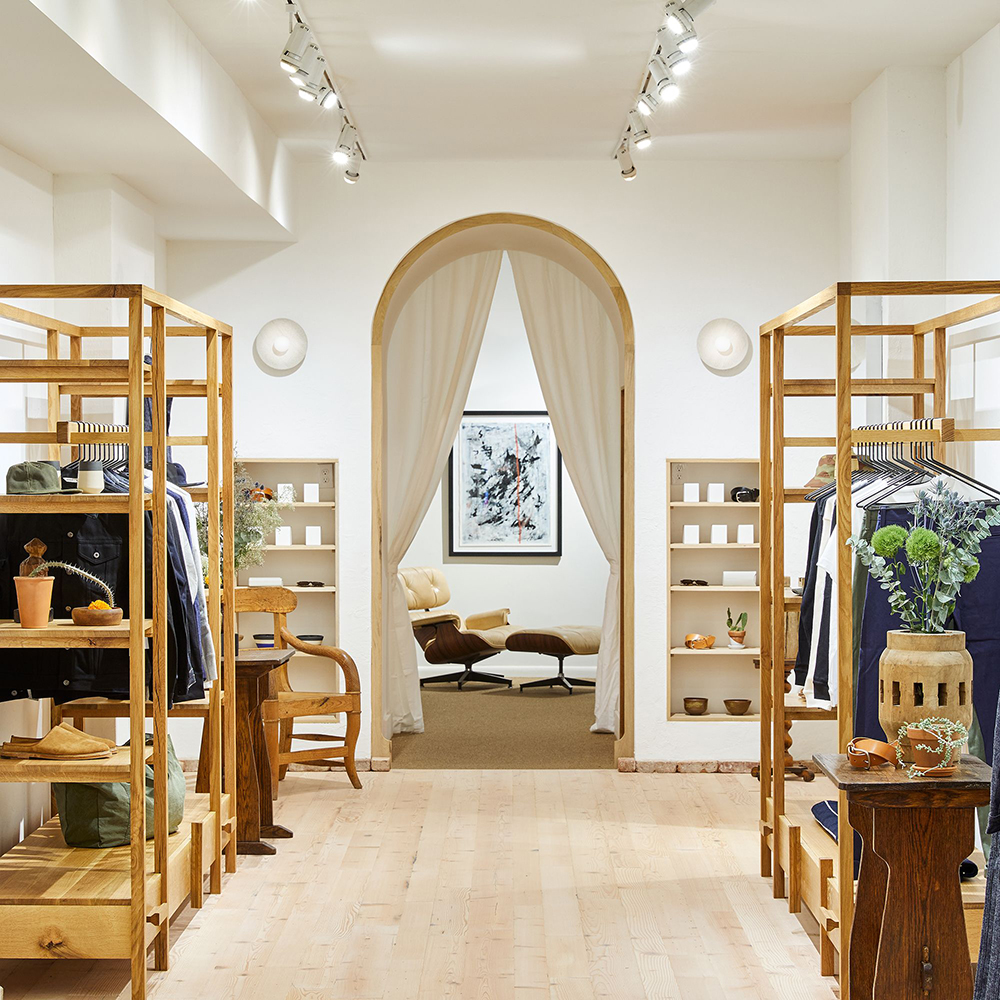 There’s a hidden science to retailing that’s not unlike how upscale bars and restaurants get you to come in, linger, and spend a bit of money. Shopping is often a way for people to decompress from the emotional stress of daily life. So retailers try to set up their shops in such a way that they feel inviting and relaxing. There are big, comfy chairs set next to beautiful rugs, urging you to stay a little longer. Soft music plays in the background, and intriguing displays invite you to take a closer look. When shopkeepers prop open their entrances, they know they’re losing money by having their cold AC air rush out onto the street. However, they do it because they’re trying to remove physical and mental barriers that prevent you from shopping.

Typically, stores try to hide their maintenance efforts to make their space feel more natural, relaxing, and carefree. But as stores in certain parts of the United States start to reopen this fall, it’ll be all but impossible to hide the signs. Along with the racks of clothes and cases of accessories, customers will see hand sanitizer stations, workers wearing masks, and reminders to socially distance. Before booking private appointments online, many shoppers will be greeted with a checklist about how a retailer is “keeping them safe.” Shoppers may return to stores, as they’ve done in the past, to escape from reality. But it’s much more challenging to keep up this fantasy when there are reminders everywhere about a global pandemic.

It takes a bit of optimism — or perhaps chutzpah — to open a store under these conditions, especially since brick-and-mortars have already gone through a rough decade. But last month, Andrew Chen and Johan Lam, the two co-founders of 3sixteen, hung their single on New York City’s famous retail corridor Elizabeth Street. Their new flagship is just a few blocks away from menswear stalwarts such as Schott, 18 East, Corridor, Noah, and Aime Leon Dore. DSPTCH, makers of durable bags and long-time 3sixteen collaborator, is a stone’s throw away. As New York City officials have eased restrictions, many of these stores are just starting to reopen. (Although, even Elizabeth Street hasn’t been spared from the economic downturn. After 20 years on this street, Unis closed their shop last month, along with Quality Mending and Caron Callahan.) 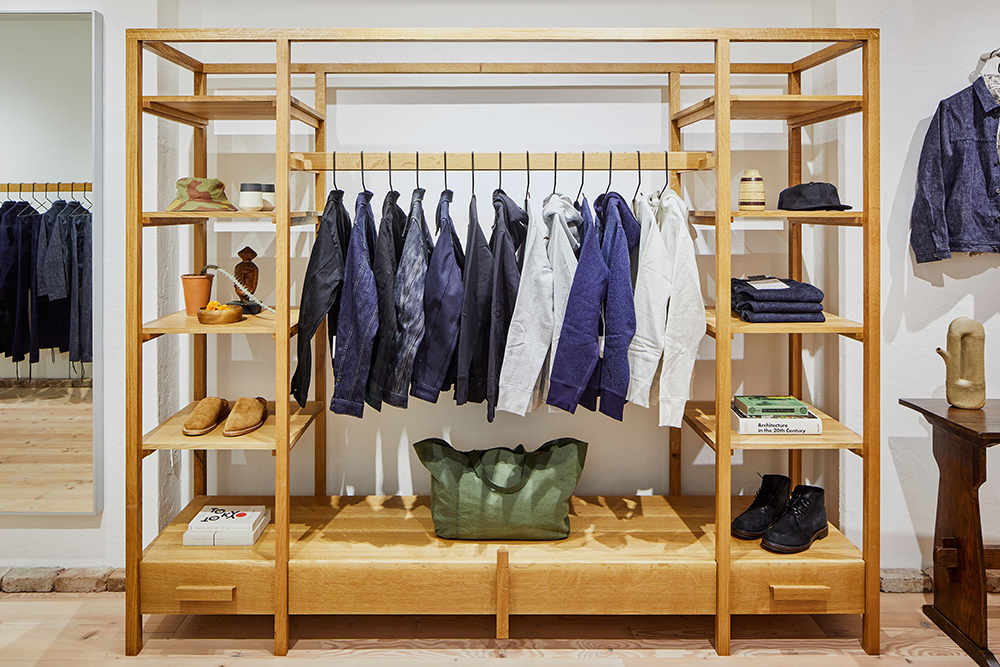 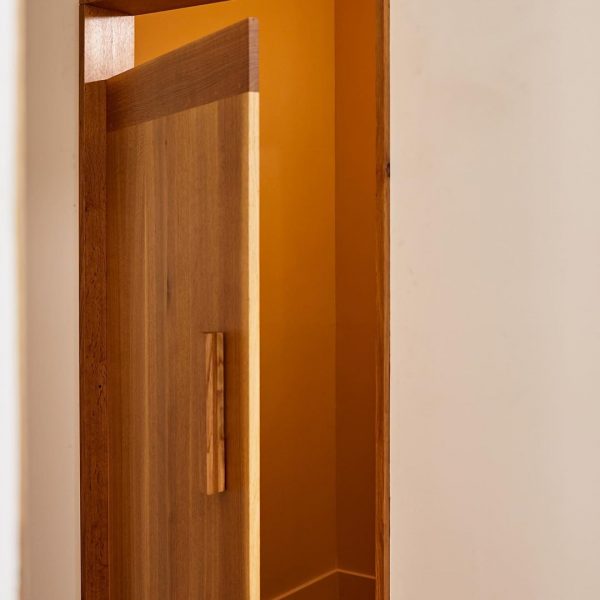 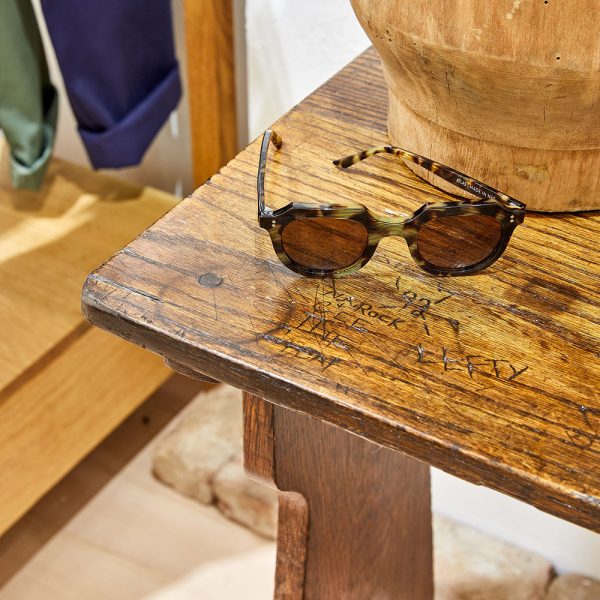 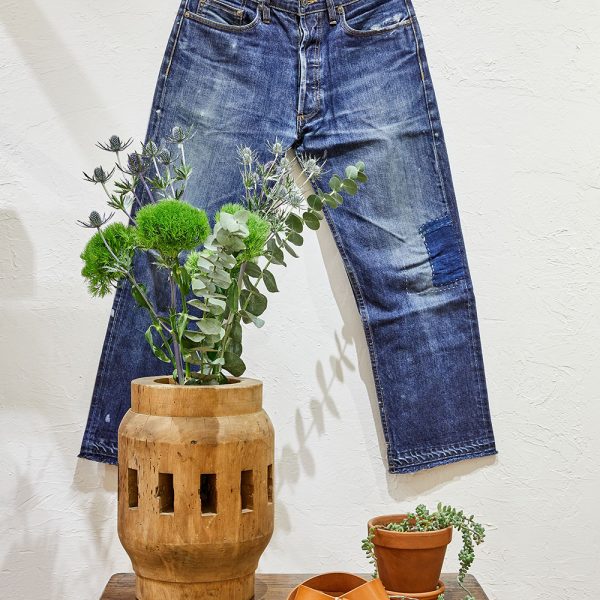 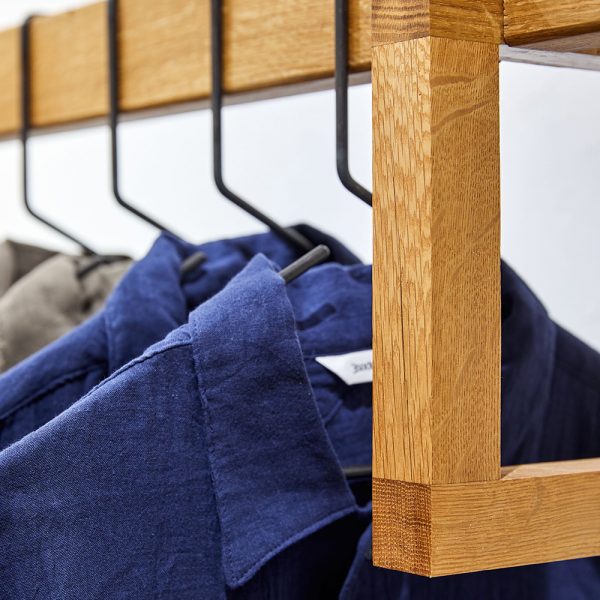 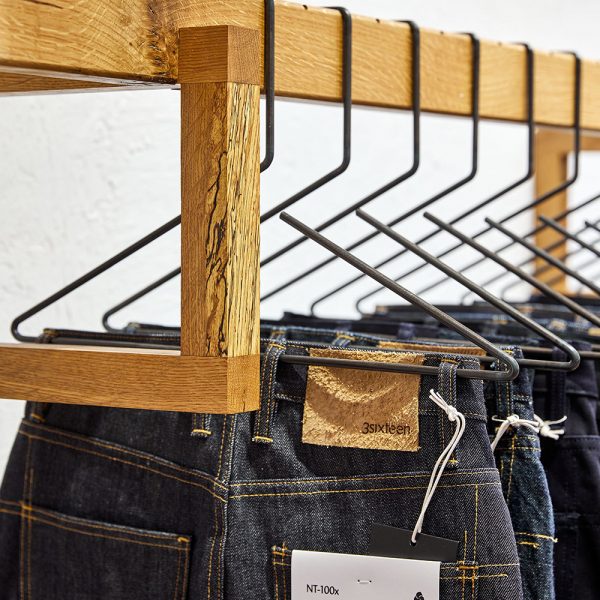 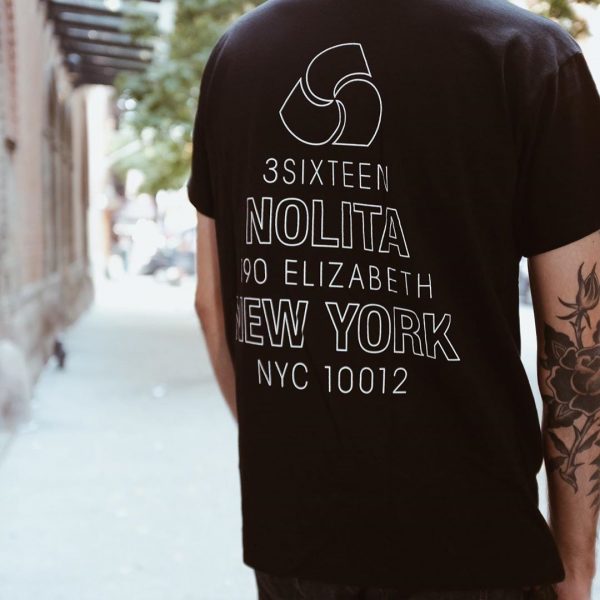 The new 3sixteen flagship, located at 190 Elizabeth Street, has been about a year in the making. The company signed a lease in December and broke ground in January. In early March, the team was busily preparing for a grand opening when panic about the coronavirus started to take hold in the United States. “It was on March 15th,” Lam recalls. “That Sunday, we announced to our customers that we would shut down our LA store for the foreseeable future. We were pretty naive back then, as we had no idea how long things would last, but we felt it was important to take the virus seriously.”

Their decision was prescient. The next day, seven Bay Area counties issued “stay in place” orders, directing all 7 million residents to stay inside their homes for the next three weeks. By this time, 3sixteen had already closed its LA store and reduced its warehouse staff to a skeletal crew. But they still had their expensive, half-made Elizabeth store waiting for a grand opening. The clock was ticking.

There was never an internal discussion about whether the company should abandon its Elizabeth Street efforts. “For one, we were already committed,” says Chen, “and there was so much money tied up into the store. Number two, we wanted to be around for the rebuilding of New York City, as difficult as that might be. It was important for us to at least try to make this store work. There are no guarantees at this point; any plans anyone has for 2020 are out the window. This is a year of survival, and we’re no different.”

The NYC store was initially slated to open on May 1st, which Chen believes would have happened if it weren’t for the pandemic. When Black Lives Matter protests started sweeping across the country, the company decided to push their opening back and focus on amplifying BLM voices. They raised money for various criminal justice reform organizations and partnered with Manual, a Black-owned film camera company, to help people on the ground document what was going on around the country. “The conversations at the time were obviously much more important, and very much needed,” says Chen, “and we didn’t want to be a distraction from that.” After a long summer, 3sixteen finally opened their doors on August 14th to a small group of diehard fans. 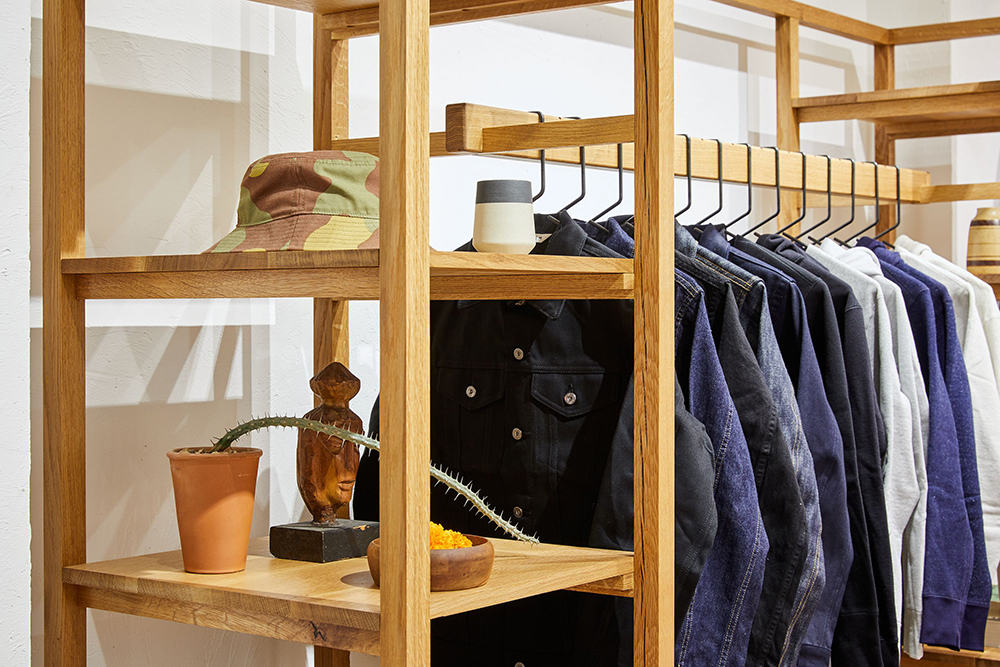 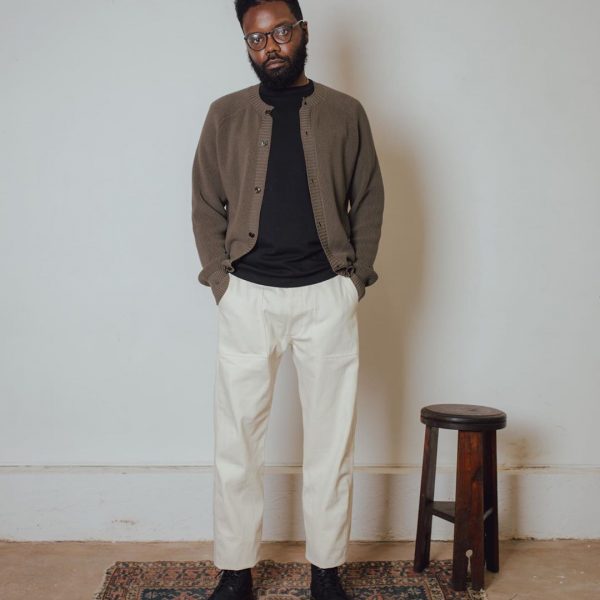 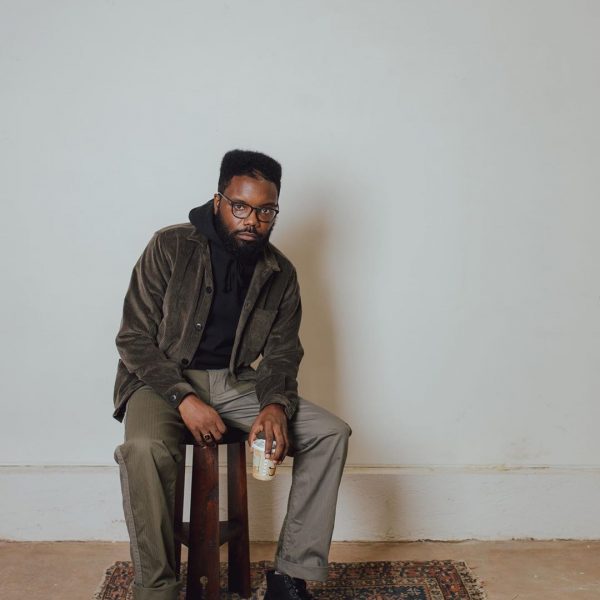 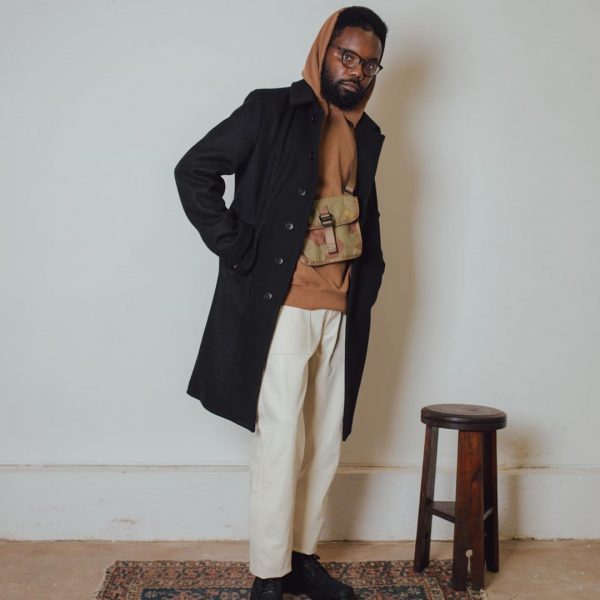 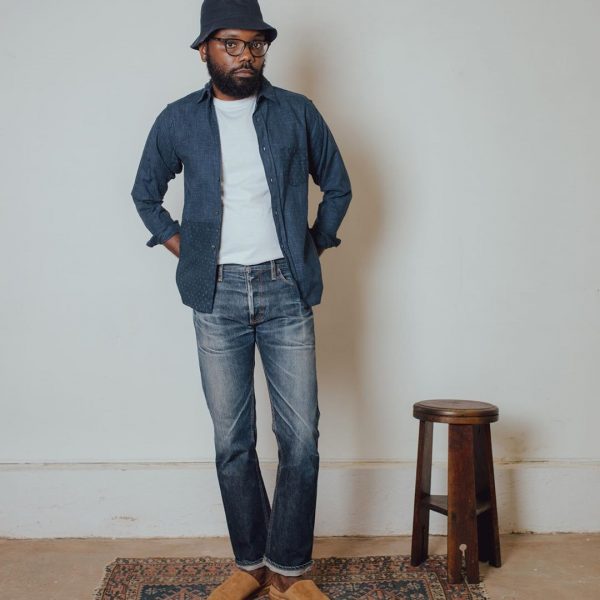 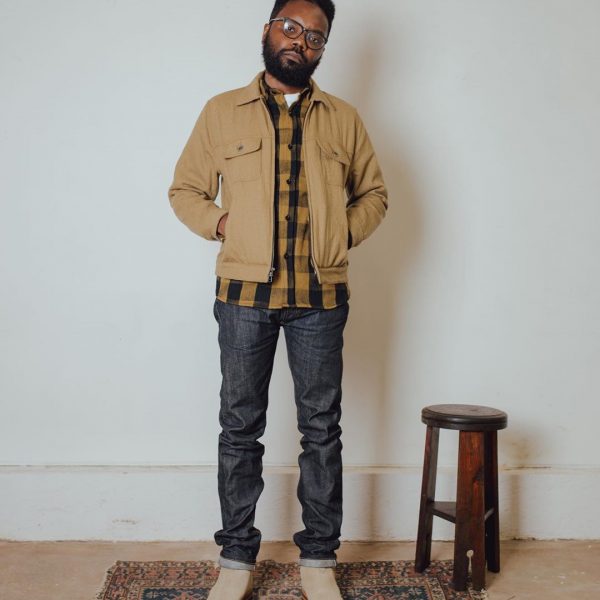 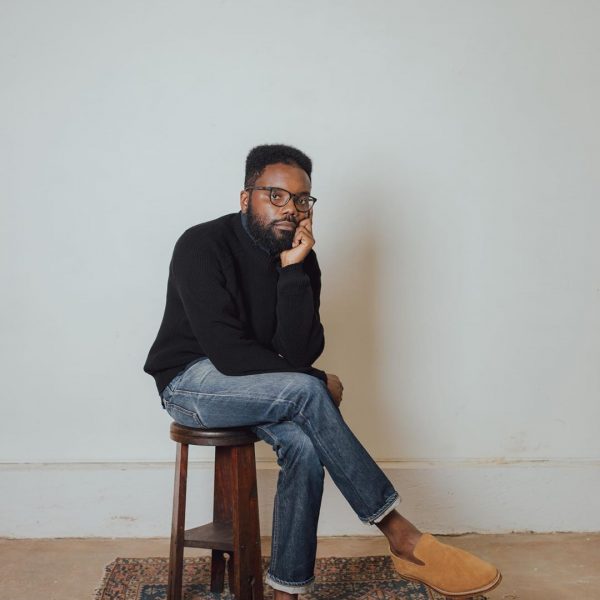 Measures that once seemed unthinkable even just a few months ago have become par for the course for anyone interested in shopping. Going to 3sixteen’s new flagship is like a visit to any other responsible retailer in this pandemic era. Customers are asked to sanitize their hands upon entering the shop. Workers are required to wear masks, and they take care to sterilize spaces such as countertops in between customer visits. 3sixteen only allows two people to be inside at any given time, so people can socially distance. Should you want the entire store to yourself, you can book a 30 minute appointment time online. “It took a pandemic, but now anyone can feel like a celebrity client,” Chen jokes.

For a company that’s best known for its raw denim jeans, the new store feels surprisingly modern and Mediterranean. The brick pattern, Douglas fir, parquet floor is made from wood that was reclaimed from old barn rafters located in upstate New York. The off-white plaster walls were hand trawled to give them an irregular texture. Soft lights glow from above. On both sides of the main room, there are custom-made, blonde wood fixtures holding racks of clothes. The racks have notches at the top, so the hangers are always evenly space, satisfying our human need for symmetry. To soften the newness of the space, 3sixteen’s team acquired some old water jugs and candle holders at antique shops in the Hudson Valley. They now use them as flower vases.

Just beyond the main room is a den, which 3sixteen imagines will be a cool hangout spot once the pandemic passes. They also intend to use the space as a showroom for Los Angeles furniture maker Stephen Kenn. “He’s a long time friend of ours,” says Chen. “I’m sure everyone has seen his couches, some of which are made from repurposed Army tents. We created a custom collaboration couch with him using Horween’s Essex leather, which is a natural veg-tan leather that ages beautifully over time, as well as brass springs. We’ll be selling it in conjunction with Steven Kenn, and our den will be a showroom for his furniture. We’ll be able to take custom orders for any furniture they make.” 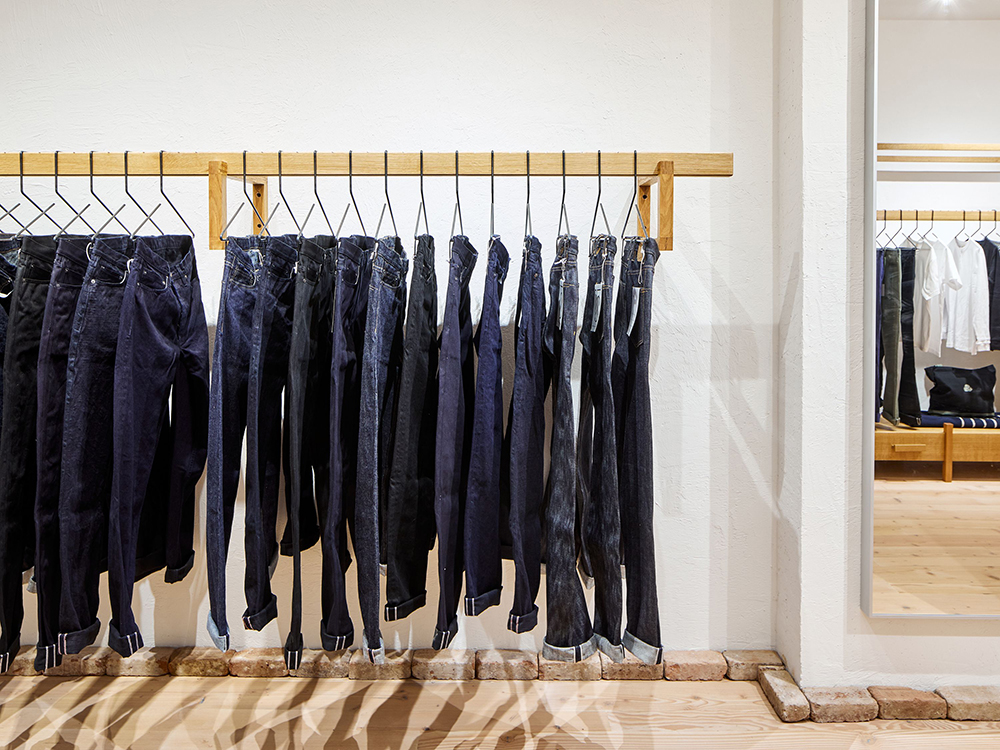 The store is surprisingly devoid of the usual references to traditional masculinity, such as old axes and motorcycle gear, that many consumers have come to expect in a store selling raw denim jeans. Lam jokes that the axes are hidden in the storage room. “We often get lumped into vintage Americana because of the clothing we make, and while we appreciate those clothes, it was never our intention to be purely about that look,” he says. “We’ve always tried to make jeans that are simple. Although our clothes take some direction from the past, especially in terms of their quality and fabric, we think they’re pretty versatile. And we want to show that in the way we present the clothes. It’s more than just chambray shirts and jeans. Our clothes also work for the tailored clothing customer who’s looking for solid casuals.”

What does Chen remember most about opening day? Smiling. “You know what’s funny? On opening day, some customers wanted to take photos with us. I remember smiling behind the mask and thinking, ‘wait, why am I smiling? No one can see me behind this mask.’ But in reality, people can see you. They see your smile through your eyes. Not everyone wants to come to a store right now, and we understand that. But if you do, it should feel like a special and calming experience.”