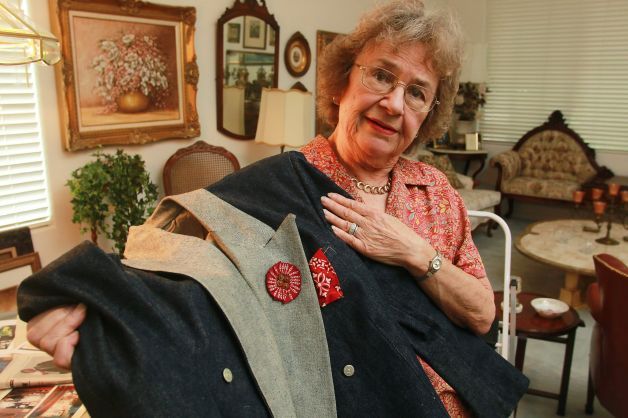 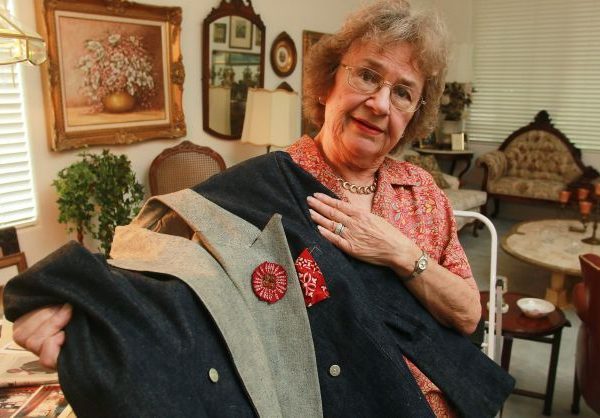 There’s a great tale in the San Francisco Chronicle today about Bing Crosby’s denim tuxedo. The story is as follows: in the early 1950s, Bing Crosby and a friend went fishing. At the end of the day, they tried to book rooms in a local hotel, but were turned away by the clerk, because Crosby was wearing a beat-up denim jacket. A hotel manager recognized Crosby and corrected the error, but the story went the equivalent of viral.

Back in San Francisco, the folks at Levi’s heard the story, and so they made Crosby a custom denim tuxedo, with a boutonniere of Levi’s labels. Crosby liked it so much, he wore it while promoting his new movie, and it became something of a legend.

Crosby’s niece has been searching for the tux for years. Complicating matters are the many replicas Levi’s made for shop windows at the time. In fact, Levi’s Vintage Clothing recently made a new set of reproductions in a very limited quantity.

She says she knows the difference, and Levi’s has given her a letter that attests to her knowledge, but she won’t tell anyone, because one of the imposters might be altered.

Will she find her “holy grail”? Only time will tell.