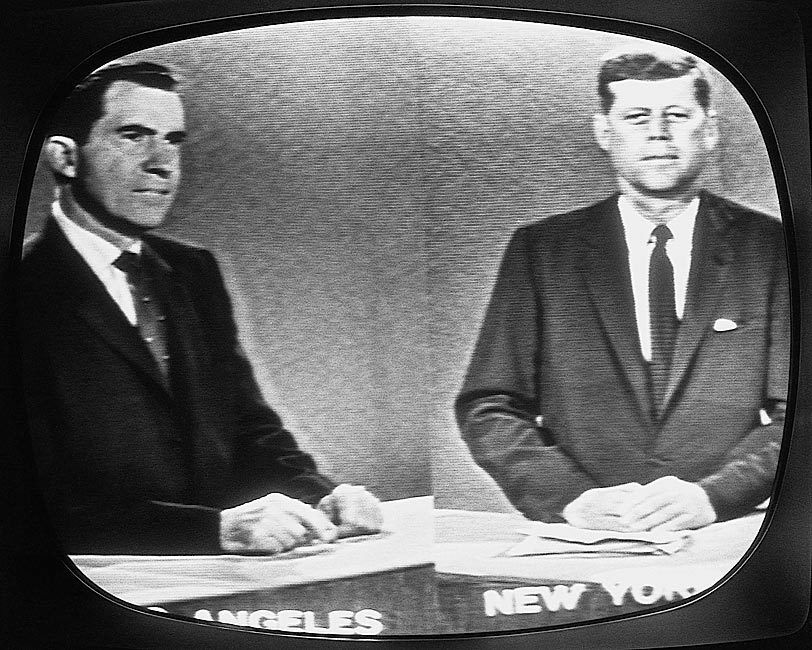 We’re off to the political horseraces, folks. As election season creeps in, candidates are jockeying for air time, airwaves, and even air space. So how can a candidate stand out? The answer, of course, is sweet, sweet merch!

All the candidates have workshopped their slogans, hired graphic designers, and are ready for you to support them with your wallet in exchange for a tee or tote. Democratic hopefuls want to counteract the red MAGA hat of nativism, so they’ve gone all out on the design front. Those bland political logos that are just red, white, and blue? So 2016. Let’s take a look at these grails, or at least more unique items, from each of the candidate’s official stores. 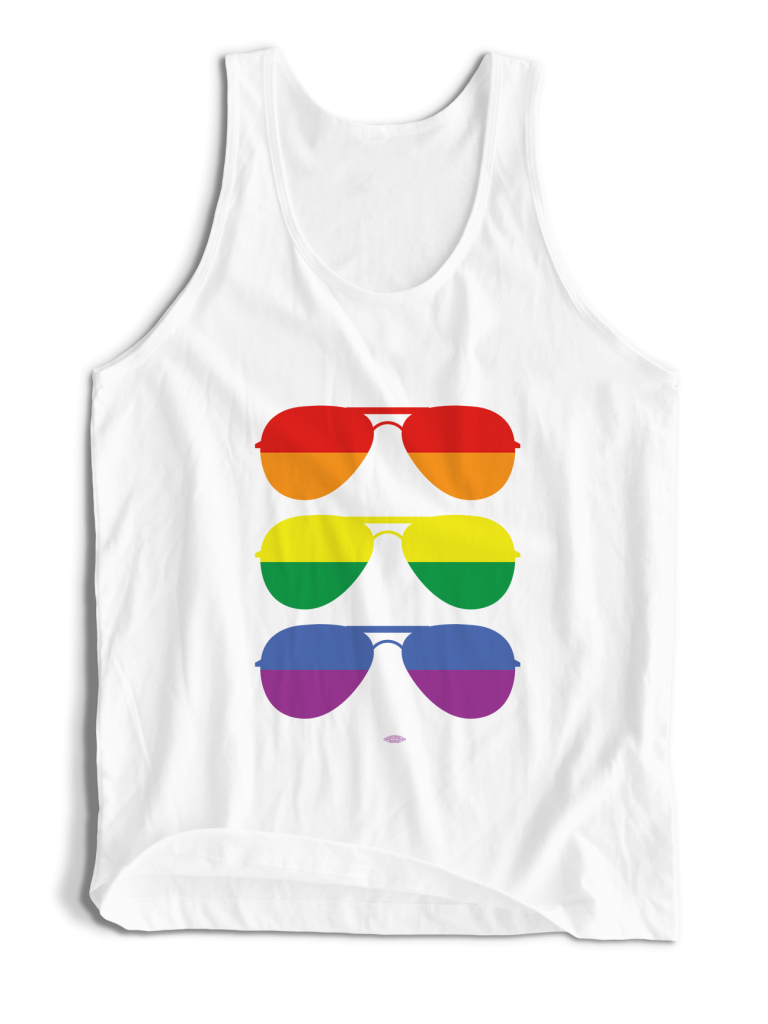 Just in time for LGBT Pride, Joe Biden’s campaign, like many others, has released some rainbow items. Considering Pride is a tank top time, not a t-shirt time, he’s already ahead of the game. But ole Joe goes the extra mile by making a legitimately okay graphic tee based on his penchant for aviator shades. It’s got a real 80s/90s rollerblading-by-the-beach vibe that’ll play well on the coasts and could be a Scumbro classic. 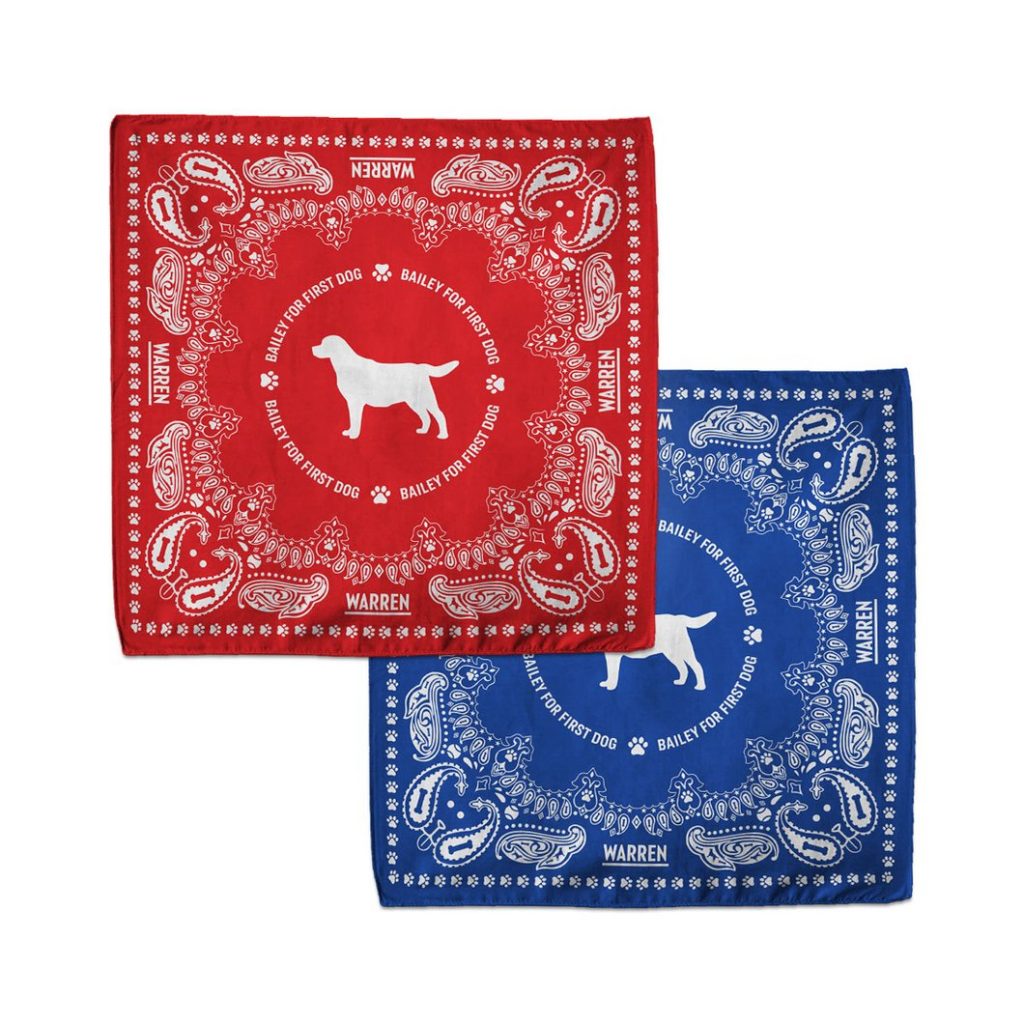 Most booster swag falls into tees, totes, and hats, so it’s nice when someone wants to make a more unique item. Elizabeth Warren drops straight, focus-tested fire with this doggo bandana. Her dog Bailey cuts a mean silhouette and the paisley print is nicely peppered with dog elements like slobbery tennis balls. Golf claps to this designer, he should get work at Kapital. 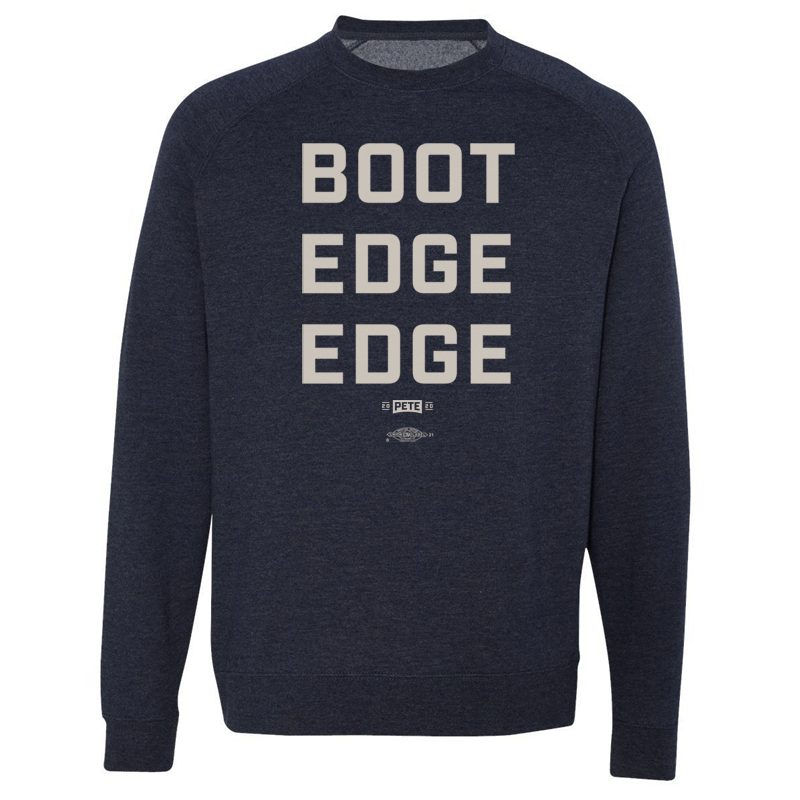 Crewneck sweats are surprisingly rare in these shops, so Mayor Pete is ahead of the game with the layers. Befitting of the “millennial candidate,” much of his store features tongue-in-cheek slogans and cute graphics, but credit where it’s due to the catchy phonetic messaging seen here. Nice to know that the guy realizes his name might be pronounced “butt judge” unless he gets ahead of that narrative. Plus, you know how you can beatbox by saying “boots and cats and boots and cats?” Boot Edge Edge has the makings of the next EDM hit. 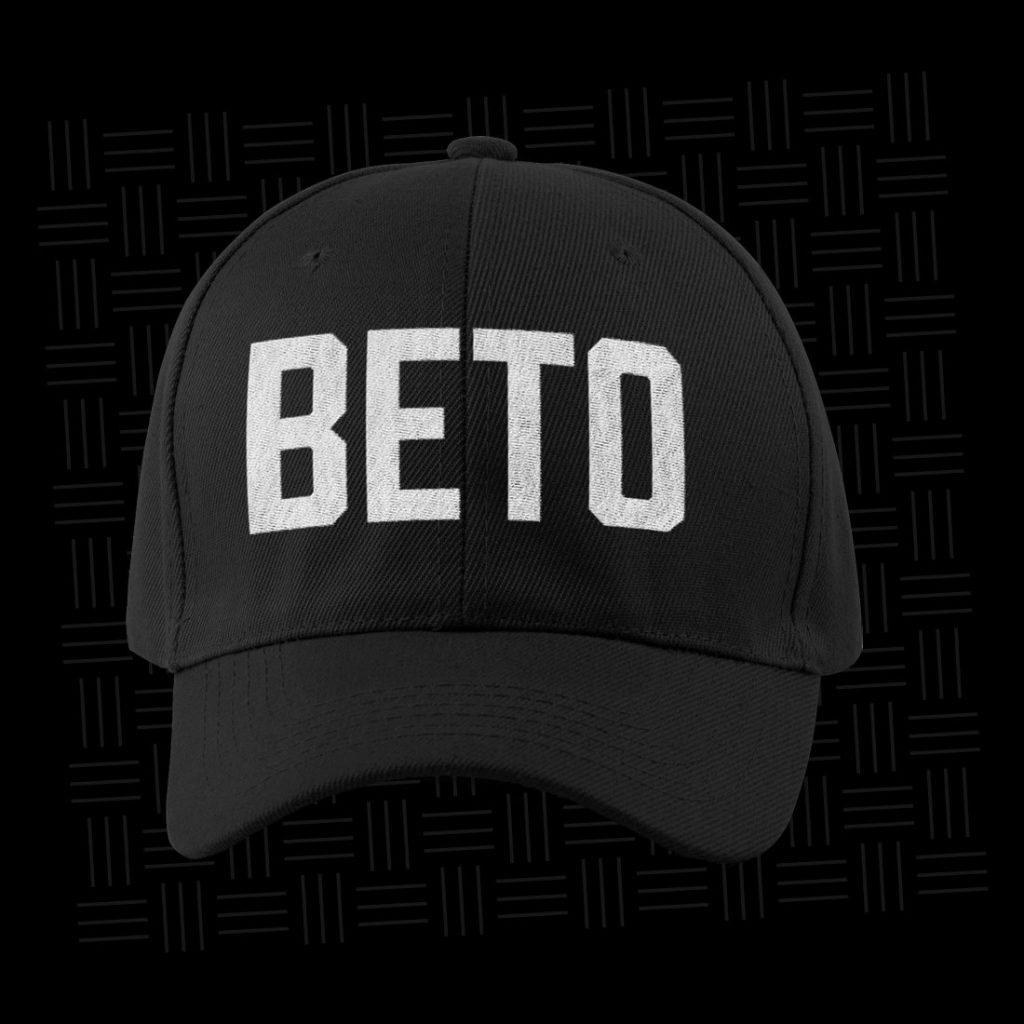 I have no idea why but Beto’s website is so stark and black, like the Texan heartthrob is going through a goth phase. Or maybe he’s taking design cues from Unionmade? Either way, Beto’s merch is bold and simple, and this hat is committed to minimalism. Just a first name in a college sports team font. If nothing else, you can reinterpret it as “Bet 0” which reflects the Vegas odds of Beto actually becoming president. 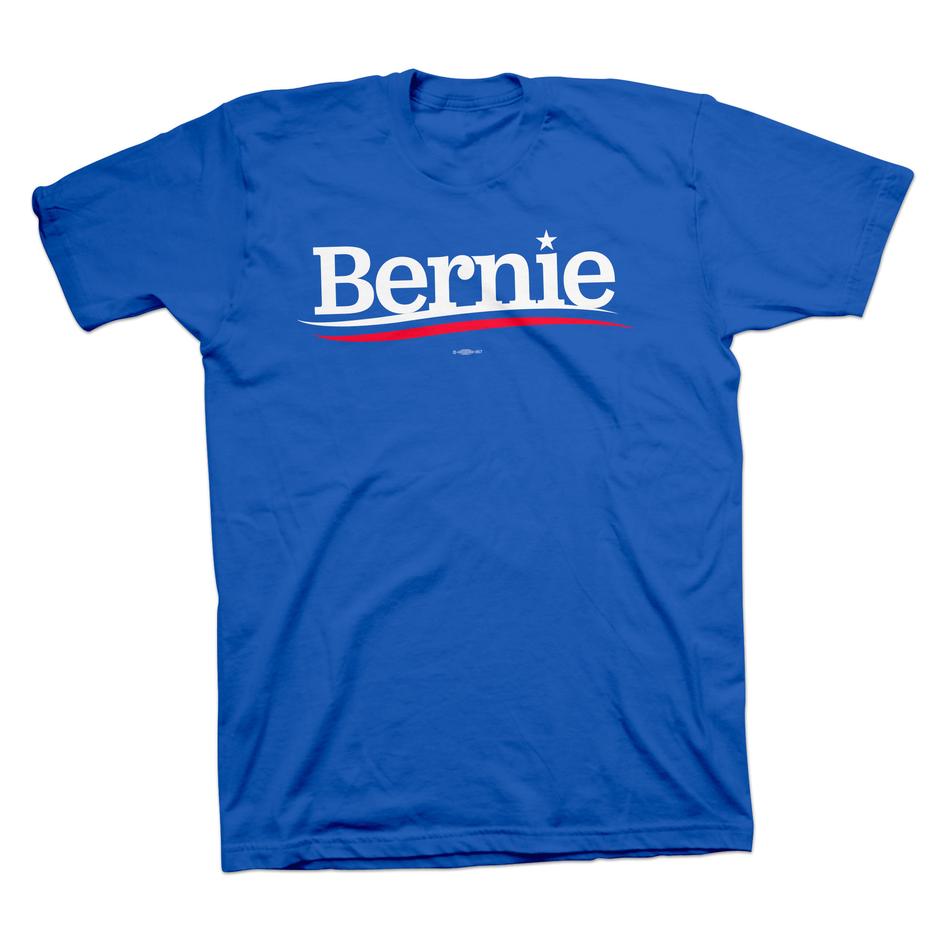 Now here we have a novel idea. Like when an Americana company creates new clothes with their old logos for that nostalgic, auto-vintage feel, Bernie is just running his 2016 logo again but calling it “classic.” Because if there’s one thing we’re all nostalgic for, it’s the 2016 election. 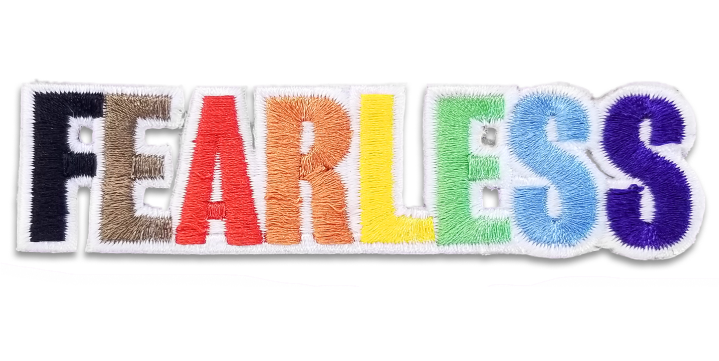 Another rainbow design in time for Pride. “Fearless” feels like a pretty weak slogan for a presidential campaign, personally, but if you’re looking for something generically motivational to add to a denim jacket, I guess this patch could work. This is the apparel equivalent of a Bay Area tech company’s lobby art. 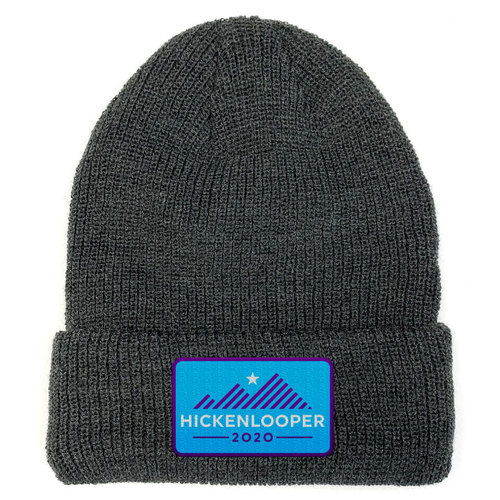 Hickenlooper, the candidate that won’t win but who has the most fun name to say, has a logo that makes you want to think it’s Adidas afar. But it’s not a bad logo considering his home state of mountainous Colorado. This is a great swag for the type who goes ice fishing with a cooler of local beer.

This is a fun idea, playing up the time-tested iconography of Mexican Loteria cards, but oh Julian, this is the portrait you’re working with? This is the face you make when you try to be nice about that garbage sweater your aunt got you at Christmas. Good plan but poor execution, like skinny fit sleeves. 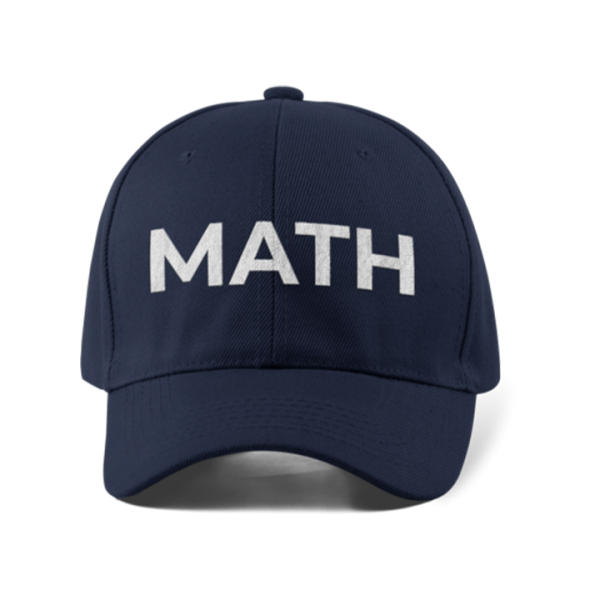 Adventure Time is a perfect television show and its catchphrase was yelling “mathematical!” when something was cool, so I choose to believe this is in homage to that. This is like the Beto varsity cap, but for the indoor kids. However, the product description reads Celebrating numbers and facts an essential part of our campaign [sic] so maybe a COPY EDITING hat should come next. 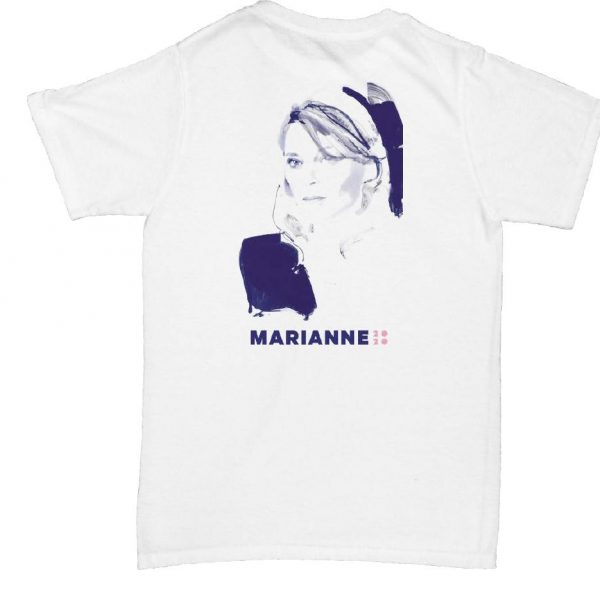 This is apparently a self-help guru that Oprah and a bunch of other GOOP-types like. Okay, whatever, it’s 2019, all the rules are useless. But this shirt was designed by British fashion illustrator David Downton, previously of Vogue, and I have to commend Marianne for going all out to not be relatable. This should be an extra large painting hung above a $9,000 couch in a Malibu living room. Even if Marianne is as likely to win the presidency as me, let it not be said she did not stunt on them fools during her stunt campaign.