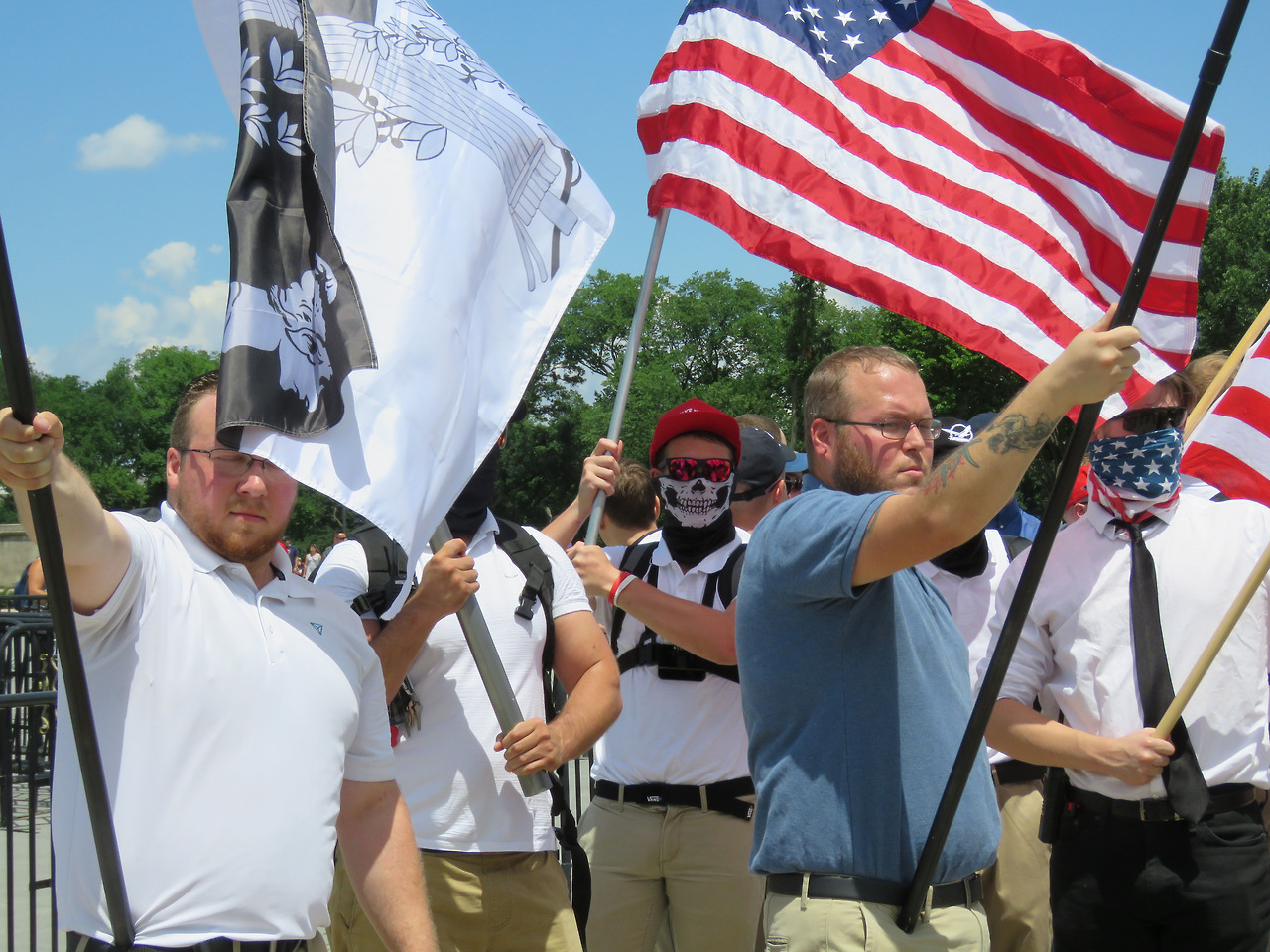 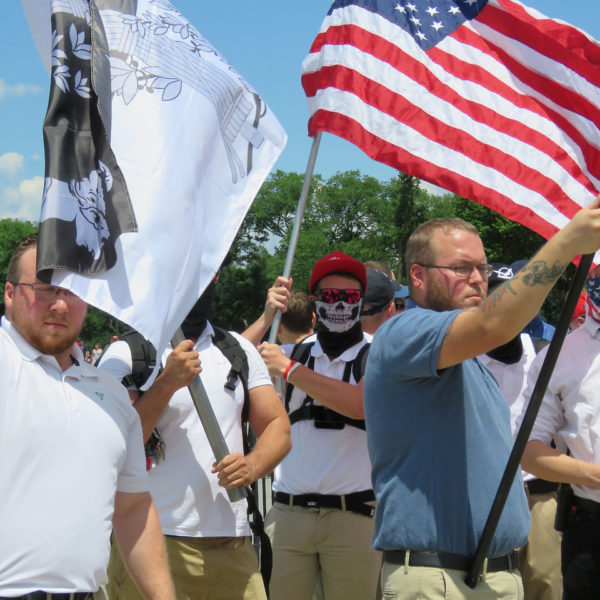 Nylon has an interesting article on the dress rules around the recent “Unite the White” rally, otherwise known as the Charlottesville alt-right rally/ white nationalism circle jerk. Essentially, Andrew Aglin of the Daily Stormer – a recently removed online watering hole for white supremacists – asked his followers to dress “hip, sexy, and appealing.” He added, “that means you have to go to the gym.” An excerpt from his post:

The worst look ever is a baggy T-shirt. Wear fitted T-shirts, where the sleeve goes to the middle of your bicep. It should not hang lower than base of your member.” His instructions continued: “Jeans should also be fitted. Not tight, just fitted … don’t ever wear shorts. Serious men in serious situations are not wearing shorts.”

The idea is to use clothes as a way to mainstream the alt-right’s horrendous ideas by having its adherents dress more like professional people, rather than slovenly racists. It’s an idea that white nationalist Richard Spencer has talked about in the past. In a 2003 Salon article, he was quoted as saying his followers need to pay closer attention to their appearances. If white nationalism means “being part of something that is crazed or ugly or vicious or just stupid, no one is going to want to be a part of it.” To counter the stereotype that people like him are “tattooed, illiterate rednecks” (his words), he wears sport coats and button-downs.

As Nylon notes, clothing tells a story about its wearers. This isn’t just a dress code; it’s a PR move to make the alt-right’s views seem more reasonable to people who could be sympathetic to their cause.

A wolf dressed in sheep’s clothing is still very much a wolf, but the alt-right seems to be banking on the desire of the sheep to revere that wolf. Today’s white supremacists know how much image matters (even preferring the toned-down name ‘alt-right’), and they’re doing what they can, via a DIY uniform, to present a cohesive group that exists offline and not just via memes and internet threads. As Anglin writes, the image “matters more than our ideas.”

Nylon’s article is an interesting read on how clothing can advance and normalize ideas. Wired also published something today on how members of Stormfront are fighting over how the alt-right should have hid their Nazi armbands (apparently bad for PR).

One of the odd things about this: neo-Nazis are adopting the language of what’s essentially preppy clothing, even though prep and Ivy Style have been largely shaped by Jewish American clothiers. With the exception of Brooks Brothers, all the big haberdasheries that built prep were founded by Jewish Americans – from Ralph Lauren to J. Press to Gant.