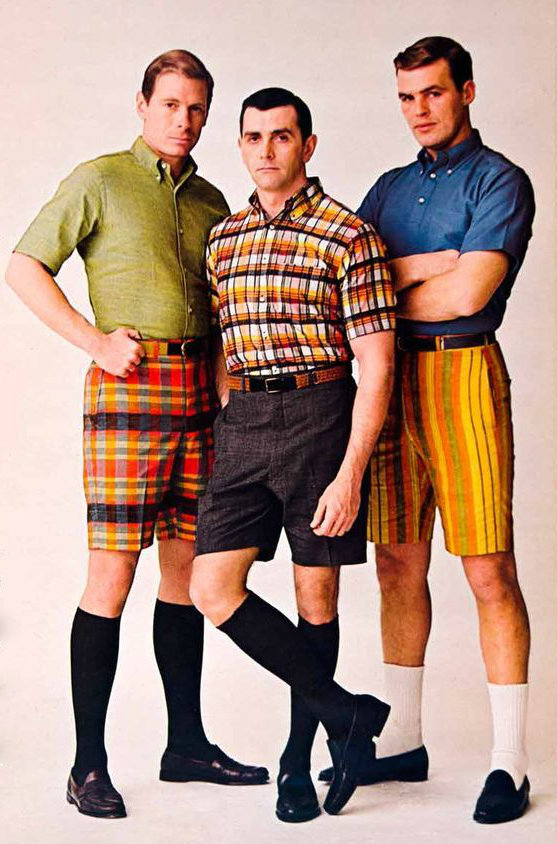 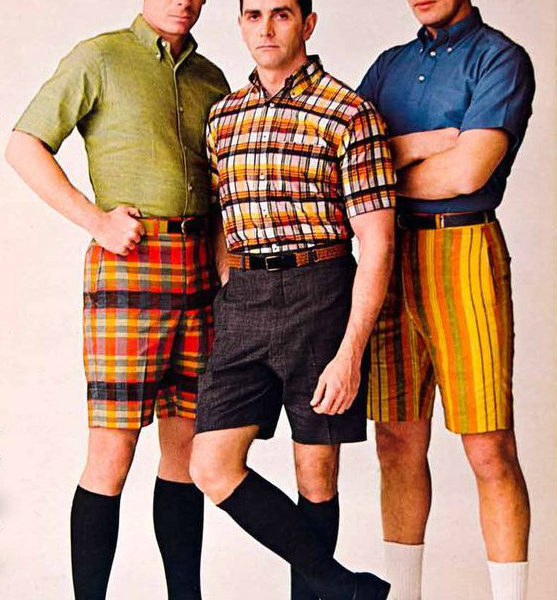 Every summer we have the same debates: should men wear shorts? At all? If so, why can’t they wear them to work? Usually the pro-shorts point is simply one of comfort: in most office cultures men are required to wear oppressive full-length pants. When it’s really hot, even the breeziest trouser affords the wearer less comfort than the freewheelin’ short pant, or so the argument goes. The counter arguments usually rest on tradition (“That’s the way it’s always been done”) or the allegedly eyeball-annihilating effect of bare men’s legs.

According the University of Maryland Professor and clothing historian Jo Paoletti,

This year’s hottest takes involve the British. In Exeter, to protest the no-shorts dress code at their school, a number of boys instead wore borrowed girls’ uniform skirts–the point here being, apparently, that girls are not required to wear similarly restrictive trousers. Meanwhile, in Aylesbury, the unsinkable Joey Barge wore a dress to work, again, to make the point that the dress code allows women more comfort than men.

While I admire the chutzpah in both British cases, this is fucked up for a couple of reasons. First off, whenever a dude’s argument is that society is not fair to men, the argument is suspect. To the extent that skirts and dresses are more comfortable than pants in hot weather, that’s a small pro in a sea of cons about what women are expected to deal with, clothing-wise. Let women have this one. Secondly, they did not, to me, effectively make the argument that guys should be able to wear shorts, they made the argument that guys should be able to wear skirts and dresses, which, fine.

So why do we want so badly to wear shorts? Actual quotation from one of the Exeter kids: “It’s a bit hot.” IT’S. SUMMER. Gonna be a bit hot. But not for that long, in most places. And if you work in a white collar office, odds are you’re commuting from your air conditioned home to your air conditioned work space (maybe in an air conditioned car). Your legs may even get cold. In places where A/C is not the norm, you can turn on a fan and survive 8 hours until you get home and can chill on the couch in mesh shorts and a pizza-stained undershirt like everyone else.

In addition, while I’ve defended shorts, even cargo shorts, on Put This On before, there really aren’t a lot of ways to wear shorts that would both (1) achieve the intended cooling effect and (2) look good. If you’re tucking your shirt in and pulling your socks up? Wear pants. If you want to wear cutoffs and a tank top every day? Find a surf shop that’s hiring. Just wear the pants, dudes.