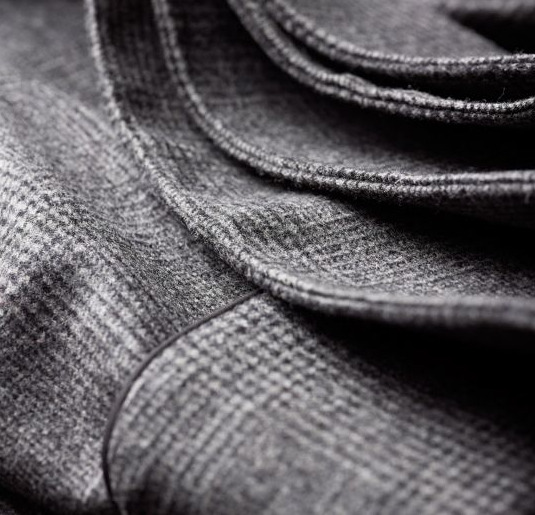 I love wool flannel, especially when it’s made into trousers. It never looks too slick or pushy, and even when it’s patterned, the soft and fuzzy surface can make the pattern a bit more muted so that it’s never distasteful. In its most classic form, solid mid-grey, it also gives a strong sense of tradition and refinement.

In addition to looking sharp, it’s also incredibly comfortable. In fact, some may find it curious to know that flannel was originally used for underwear. It wasn’t until the mid-19th century that men and women started using it for outer garments and suits. You can find flannel undergarments mentioned in English novels, such as Jane Austen’s Sense and Sensibility.

The problem with it, however, is that it often doesn’t wear that well, at least when compared to other wool fabrics. If you put them to work day in, day out, they can develop a sheen relatively quickly, especially around the seat.

The trick is to buy worsted flannels and not woolens. Worsted and woolens, as you may know, are the two major classes of wool fabrics. Worsteds are made from tightly woven long strands of combed-out wool, while woolens are typically made from shorter ones. The difference between the two is that worsteds are smoother in texture and appearance, and feel bit crisper in the hand. Woolens, on the other hand, are generally softer and spongier, and feel a bit loftier. To give examples, gabardine and twill tend to be worsted, and tweed tends to be woolen.

Flannel can come in both forms. If you buy worsted flannel, it will feel less lofty, but it will also wear much harder. You can tell which is which by taking a very close look at the fabric. Worsteds generally are made with a twill weave, which means if you look closely, you’ll see diagonal lines, much like you see on jeans, underneath the fuzzy nap surface. Woolens, on the other hand, won’t have a twill weave, or any one that has a regular pattern for that matter, and will generally look a bit more mottled.

If you can afford woolen flannels, however, you should just go with that. It tends to drape better, feel softer, and just be all around much more interesting. The depth and color variation you see in it far surpasses worsteds, but all this is, of course, at the sacrifice of durability.